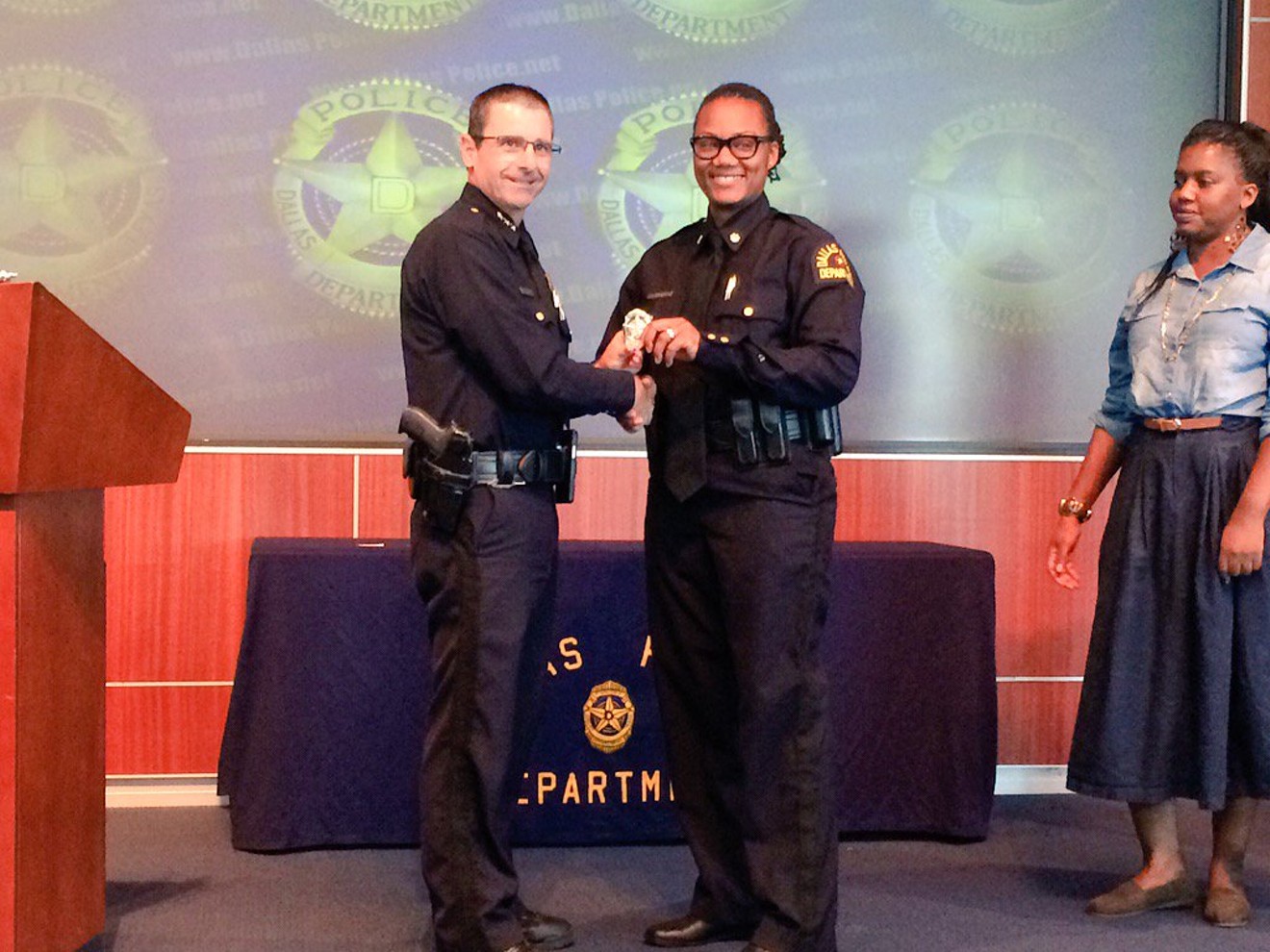 During the summer of 2017, DPD contracted with a Minnesota-based company called IOS solutions to develop its new exam, which often takes months to prepare for. Porter, who'd established her test preparation business in June 2017, signed up with the company as a subject-matter expert as they prepared the test. She met with the company four times during the fall of 2017 before the exam was given to officers hoping to be promoted in November.

"Major Porter had privileged access to all test material," Lt. Mike Igo said at a February meeting of Dallas' Civil Service Board. "She attended four separate training dates with IOS where they discussed all the dimensions and grading criteria for the sergeant assessment test. ... There was open discussion and the subject matter experts had input on [the exam]."

After the test, IOS received an anonymous tip about Porter's side business, and the department began an investigation, eventually throwing out the results of the test. WFAA broke the news of the investigation into Porter's alleged indiscretions in November 2017.


"Major Porter trained 12 candidates for a fee. The initial session fee was $180 and $90 for every session after that." — Lt. Mike Ito

"Major Porter trained 12 candidates for a fee. The initial session fee was $180 and $90 for every session after that," Ito said.

Porter's clients gave similar answers when asked how they would respond to different scenarios tested on the exam, Ito said.

Porter's attorney Zach Horn told The Dallas Morning News last year that his client did not give anyone an unfair advantage on the exam. Horn did not respond to a request for comment from the Observer.

Hall also fired another DPD major, Paulette Richardson. Richardson accepted a gift or gratuity from a subordinate employee at the department, an internal affairs investigation found.

Because majors are exempt employees at DPD, Porter and Richardson can't appeal their dismissals, according to the department.
KEEP THE DALLAS OBSERVER FREE... Since we started the Dallas Observer, it has been defined as the free, independent voice of Dallas, and we'd like to keep it that way. With local media under siege, it's more important than ever for us to rally support behind funding our local journalism. You can help by participating in our "I Support" program, allowing us to keep offering readers access to our incisive coverage of local news, food and culture with no paywalls.
Make a one-time donation today for as little as $1.