'We Want Them to Shut Up': The Two Dallas Cops Who Earned Hoover's Ire After JFK Killing 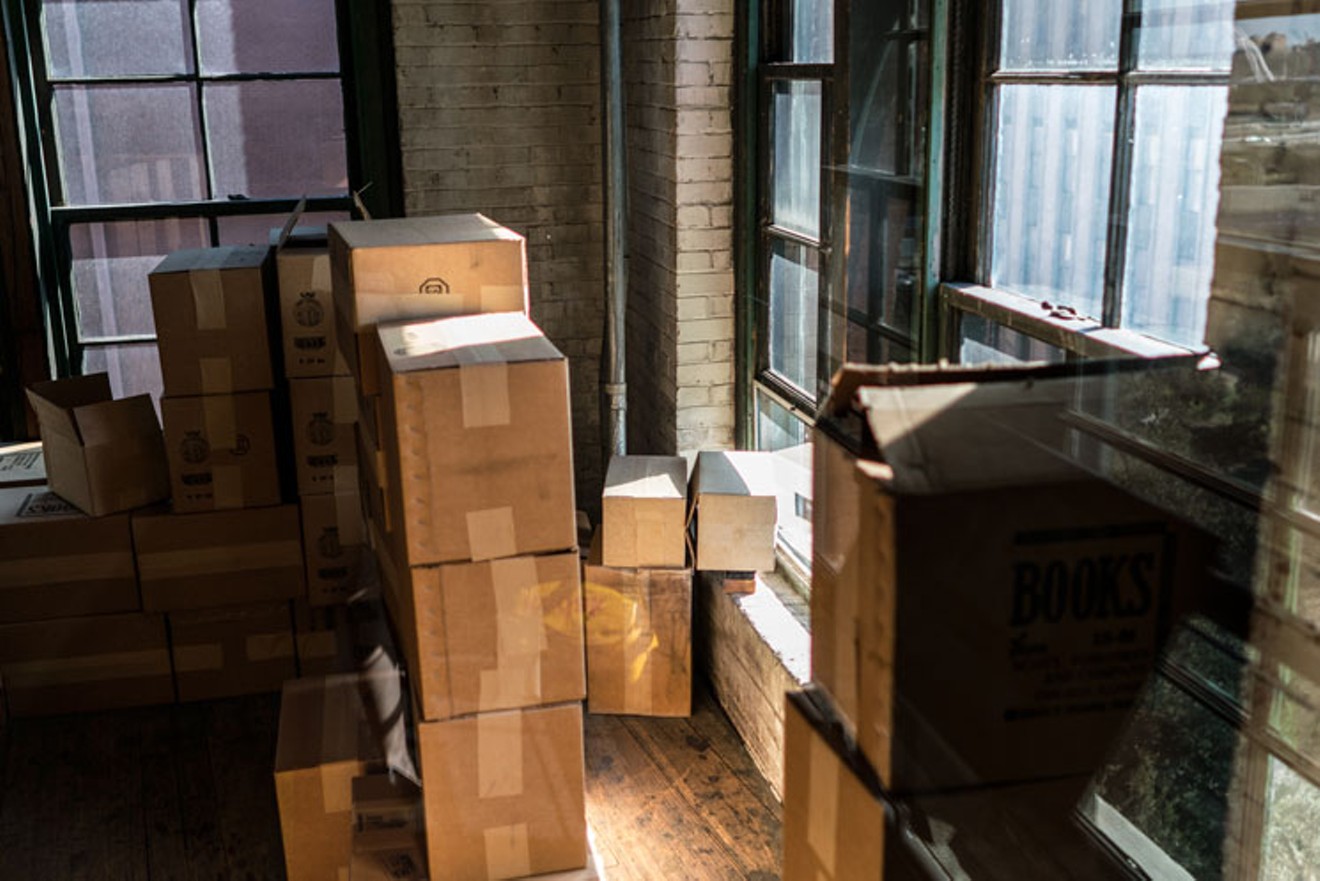 The sniper's nest in the sixth floor of the book depository, now the Sixth Floor Museum in Dallas. Daniel Driensky
J. Edgar Hoover was exasperated on the afternoon of Nov. 24, 1963. President John F. Kennedy had been dead for two days when the head of the FBI received word that his killer, Lee Harvey Oswald, had been murdered while in police custody. He knew who to blame, too: Dallas police Chief Jesse Curry and homicide Capt. Will Fritz. He said so in a memo written just 45 minutes after doctors declared Oswald dead at Parkland Hospital.

"Last night we received a call from our Dallas office from a man talking in a calm voice and saying he was a member of a committee organized to kill Oswald," he wrote in a previously classified report that the National Archives released to the public late last week (and included at the end of this article). "We at once notified the Chief of Police and he assured us Oswald would be given sufficient protection. This morning we called the Chief of Police again warning of this possibility of some effort against Oswald and he again assured us adequate protection would be given. However this was not done."

Frustration toward the Dallas Police Department was not isolated to this incident — allowing a gunman into police headquarters to kill the most important suspect in American history. Last week's release of thousands of pages of files associated with the JFK killing make it clear that Hoover had many problems with DPD, from its reliance on federal resources to its loose-lipped approach to public relations. The murder of Oswald was just the latest screwup, and Hoover spared no blame.

"Oswald having been killed today after our warnings to the Dallas Police Department was inexcusable," he railed. Hoover being Hoover, he also saw progressives using the killing as ammunition against his agency. "It will allow, I am afraid, a lot of civil rights people to raise a lot of hell because he was handcuffed and had no weapon," he said. "There are bound to be some elements of our society who will holler their heads off that his civil rights were violated — which they were."

During questioning with Warren Commission staffers in 1964, Curry said he didn't recall any FBI agents relaying a message from Washington that Hoover was concerned with Oswald's security. "Specifically, I don't remember anyone coming to me and telling me that," he said.

It wasn't the only time Dallas police sparred with Hoover. For the two cops mentioned in the memo, it was the start of a lifetime spent dealing with aftermath of the two murders. For the chief, it sparked a ruinous conflict with the FBI, a book deal and public comments that questioned the single-bullet theory. For the detective, it meant keeping his role in the momentous event out of the public eye and choosing a quiet life. And for Hoover, it meant defending his agency, even if it required spinning the truth about what the feds knew about Oswald before the president was killed.

Help and pressure from Washington

It's true that FBI agents were investigating from the start. FBI agents joined police during the first interviews with Oswald and had a hand in processing most of the physical evidence. In the case of the brown bag, the FBI lab used silver nitrate to develop a latent palm print and fingerprint on the bag found at the school book depository that held the rifle. Most of the physical evidence of the case was sent to the FBI's lab, which had specialized equipment. The Dallas police dusted for prints and shipped the stuff off to Washington.

Dallas police had eyewitnesses to build their case. Having an eyewitness to a murder and others who could build a timeline is essential police work, but Hoover devalued this and took the opportunity to laud his lab techs. "All the Dallas Police had was three witnesses who tentatively identified him as the man who shot the policeman and boarded a bus shortly after the president was killed," he sneered in the memo.

Fritz headed homicide team at DPD. He joined DPD in 1921 and reportedly had been part of the squad that hunted Bonnie and Clyde. Carlton Stowers, an author and former Dallas Observer staffer, described Fritz in his book Partners in Blue as someone who organized a seemingly well-run department and didn't appreciate interference from the brass. His competency seems demonstrated by a 10-year span with a reported 98 percent clearance rate of the murders in Dallas. The rate of today's department hovers at around 50 percent.

The Texas State Historical Association's biography of Fritz seems to span dime-store novel genres. His first career centered on horse and mule trading in West Texas and New Mexico until he stumbled into law enforcement in Dallas. He does not appear to be much of a career opportunist.

"Though he was made inspector of detectives in 1935, he voluntarily returned to being a captain in 1944," TSHA notes. "In 1947 he received the special title of senior captain, and later he reportedly refused the opportunity to become police chief."

This doesn't fit the profile of an attention-seeking cop. But in the days after Kennedy was killed, Hoover was furious at Fritz for speaking to the media and at Curry for being unable to curb his employee. He wanted to secure the evidence and prepare for federal charges.

"Chief of Police Curry, I understand, cannot control Capt. Fritz of the homicide squad, who is giving much information to the press," he wrote in the memo. "Since we now think it involves the Criminal Code on a conspiracy charge under section 241, we want them to shut up."

Here's one such appearance with Walter Cronkite on Nov. 22 that must have sent Hoover into a rage:

Curry was an even worse offender; he dished details about Oswald and Jacky Ruby as his detectives did the work.  But the Dallas police were answering press questions. Hoover railed against this even before Oswald was killed and fretted on paper that the police were enabling legal challenges by tainting a future jury.

But Hoover, as always, had a longer game in mind. Even on the day Oswald was killed, he was planning to control the flow of information "so we can convince the public that Oswald was the real assassin." That included burying the fact of Oswald's contacts with the Cuban and Soviet embassies, which would "muddy the waters" of international relations.

Hoover also had a reason to stem the flow of information. He wanted to cover the fact that the FBI had investigated Oswald. As the Dallas Observer reported in 1998, FBI special agent James Hosty began investigating Oswald before the assassination, and the bureau was not eager to share that news. DPD, however, didn't seem to mind letting people know:

On November 23, Curry told reporters that a source had told him the FBI had known that Oswald was in Dallas and that he was a potential threat to Kennedy. Hours later, the FBI special agent in charge of the Dallas office, J. Gordon Shanklin, called Curry and told him to retract the story, which he promptly did — sort of, telling reporters "I do not know if and when [the FBI] interviewed" Oswald. Shanklin had insisted to Curry that "the FBI did not have Oswald under surveillance," but that was not true: The bureau had had Oswald under surveillance since 1959, according to the FBI's own files.

The Hosty-versus-Dallas police feud extended far beyond the four days in November. In a book, the FBI agent claimed the police lied about how Ruby gained access to Oswald the day he killed him. Curry, in his book, said that his department would have put Oswald under watch during Kennedy's visit had the FBI warned him. The sniping only added fuel to the fires of conspiracists who see shadowy dealings everywhere.

Jesse Curry's career didn't last long after the assassination. The Observer, speaking with his son, reported that Curry was "hospitalized because of stress, and in 1966, he retired from the force under doctor's orders."  He battled drinking problems and published a book, Retired Dallas Police Chief Jesse Curry Reveals His Personal JFK Assassination Files.

Over time, Curry became a vocal doubter of the single-shooter theory, as he said during the book launch.

"We’ve never, we've never been able to prove that, but just in my mind and by the direction of his blood and brain from the president from one of the shots, it would just seem that it would have to [have] been fired from the front rather than behind," he told one interviewer. "I can't say that I could swear that I believe that it was one man and one man alone. I think there's a possibility there could have been another man."

Curry worked as director of security at the Texas Bank Building until 1976, became a private eye and died in 1980.

The end of Fritz's career seems more tranquil. Although haunted by the fact he couldn't get a confession from Oswald, his interrogations, combined with the physical evidence, yielded enough to charge Oswald for the president's murder.  The TSHA summarizes his later years by saying, "In November 1969 he was appointed night commander of the criminal investigation division, an appointment that some interpreted as a demotion."

Three months after losing the homicide department he built, Fritz retired. The state historians say that Fritz "rarely spoke of the case" and "turned down repeated offers for books and articles." He died in 1984.