Here's What We Know About President Trump's Visit to Dallas Today 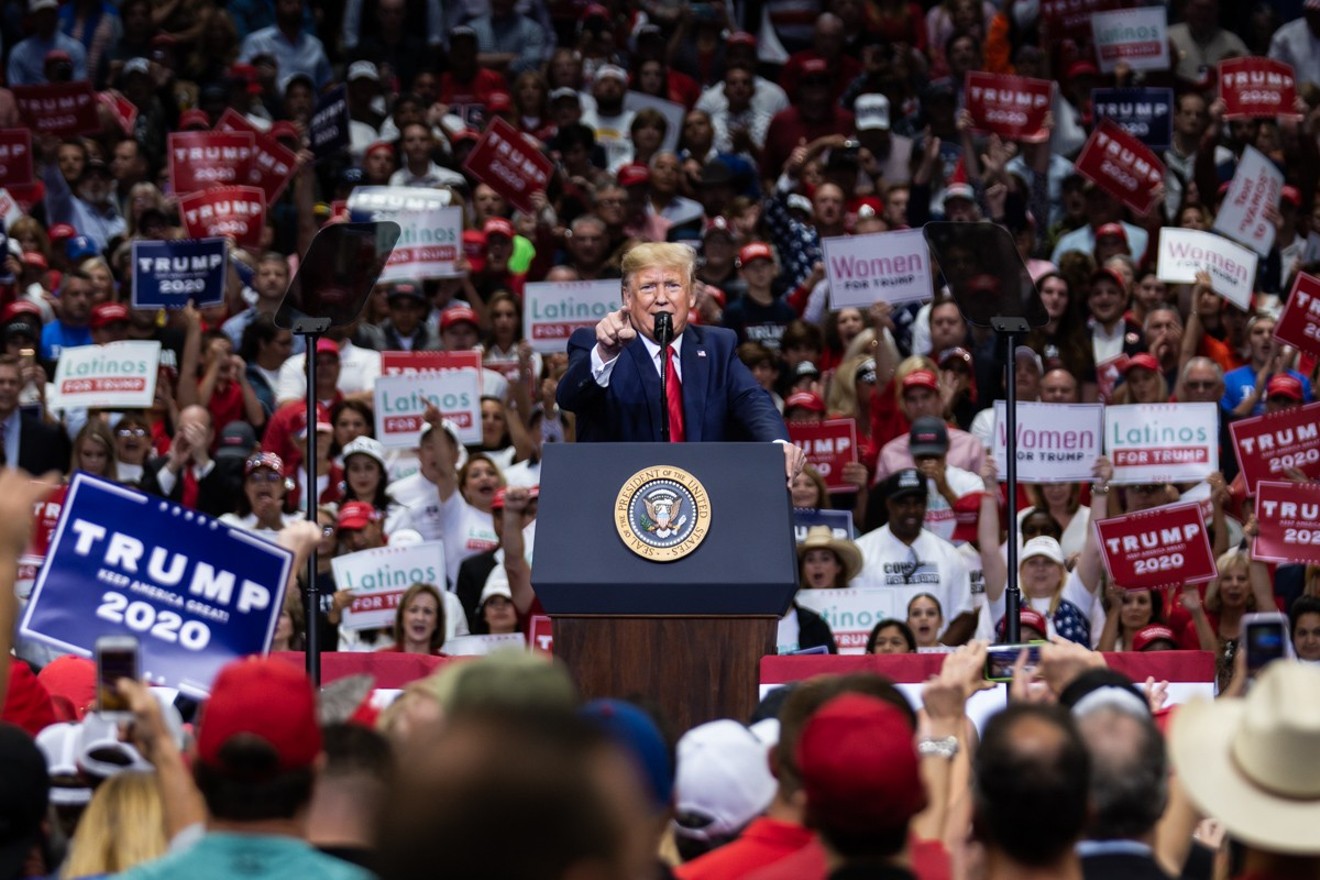 President Donald Trump speaks to the crowd at the American Airlines Center during his last visit to Dallas on Oct. 17, 2019. Melissa Hennings
President Donald Trump is officially returning to the campaign trail Thursday, despite the anti-police violence protests that continue to snake through America's streets and the COVID-19 pandemic that, in places like Texas, remains as big a threat as it's ever been.

Dallas, through sheer luck or something else entirely, will have the privilege of hosting the president's foray back into campaign politics.

Unlike the last time the president came to town, Thursday's visit won't be punctuated by a big rally. In fact, if you skipped out on the news for a couple of days, you might miss it entirely.

Here's what we know:

According to multiple news outlets quoting a "senior White House official," Trump plans to meet with clergy, law enforcement and small business owners, some of them from Dallas, to "discuss solutions to historic economic, health and justice disparities in American communities," sometime after Air Force One lands in Dallas.


A White House update issued Wednesday night confirmed the event will be held at the Gateway Church in North Dallas. Gateway Church's pastor, Robert Morris, is one of Trump's religious advisers.

Fox News' Harris Faulkner will also tape an interview with Trump sometime after 4 p.m., according to CNN's Brian Stelter.

Fox's Harris Faulkner will interview Trump on Thursday in Dallas, Texas —"taping in the 5PM/ET hour and airing on the network thereafter," Fox says — Trump will be asked about the nationwide protests "and calls to defund the police, amongst other news of the day."

The church event and friendly interview are the lead-ins to Thursday's main event, a mega-fundraiser at an undisclosed location. For the low, low price of $580,600 per couple, Trump supporters can get dinner and a photo with the president. According to Politico, about 25 people are expected to attend, guaranteeing about $7 million for the president's joint fundraising committee with the Republican National Committee.

Trump is expected to hold his first rally since the onset of the pandemic on Juneteenth in Tulsa, Oklahoma, site of 1921's Black Wall Street Massacre.
KEEP THE DALLAS OBSERVER FREE... Since we started the Dallas Observer, it has been defined as the free, independent voice of Dallas, and we'd like to keep it that way. With local media under siege, it's more important than ever for us to rally support behind funding our local journalism. You can help by participating in our "I Support" program, allowing us to keep offering readers access to our incisive coverage of local news, food and culture with no paywalls.
Make a one-time donation today for as little as $1.