Erin Brockovich Will Talk about Clean Water in Frisco on Thursday, but What Comes Next?

For the better part of month, Plano, the North Texas Municipal Water District and one very active Facebook group have found themselves in a fight that traces its origins to a single Facebook post. If the past is any guide, however, their ordeal could soon be coming to an end.

On March 14, Erin Brockovich, the environmental activist made famous by an eponymous movie starring Julia Roberts in 2000, published a rambling missive on Facebook, calling out the water district. The water provider, which serves Plano, Frisco and several other cities in north DFW, was piping out water that tasted and smelled heavily of chlorine, Brockovich said, because it was going through something called a "chlorine burnout."

Officials with the water district quickly pointed out that the chlorine maintenance being performed on the system was nothing new. Once a year, they said, the water district stops using chloramine, a mix of chlorine and ammonia it typically uses as a disinfectant, and switches to straight chlorine to clean biofilms (basically scum or dirt) out of the water system.

Brockovich, who did not respond to a request to be interviewed, singled out the process as only being necessary because the system uses chloramine in the first place.

"Chloramine is used as a disinfectant to sequester (cover-up) reactions with dirt," she wrote. "Would you rather have dirt removed or ammonia added to your drinking water? Both TCEQ [the Texas Commission on Environmental Quality] and USEPA [U.S. Environmental Protection Agency] regulation [sic] recommend TOC (Dirt) reduction... NOT AMMONIA. Just because it is 'allowed'... doesn't make it right. NTMWD is 'allowed' and DOES have herbicides, pesticides, pharmaceuticals and other emerging contamination in your water ... but doesn't want to talk about that. And when they are burning out your drinking water distribution system ... just where does all of the sludge, biofilm and debris go? In your drinking water, ice makers, hot water heaters, showers, laundry ... YUCK!"

Brockovich is a longtime crusader against the use of chloramine as a disinfectant for drinking water, but the U.S. Centers for Disease Control and Prevention, the EPA and the Texas Commission on Environmental Quality have declared it acceptable for treatment. Chloramine extends the length of time chlorine remains active, but Brokovich claims it degrades pipes and fittings, is a health hazard and produces dangerous byproducts. She contends that filtration and other, more expensive forms of water treatment are better.

She's appearing Thursday at a $20-a-head event in Frisco with the man she calls her water expert, Bob Bowcock, although tests from both the water district and city of Plano showed that the water coming out of Plano residents' faucets has levels of contaminants considered safe by the federal government. The event is being put on by Safe Water North Texas, the Facebook group that's sprung up in the wake of Brockovich's initial posts for those looking to trade home test results, talk about the filters they're buying or ask if the rash they're suffering from might be caused by bad water. According to the group, money raised from ticket sales is going toward paying event costs and private water testing, not to Brockovich.

The events leading up to Brockovich's mirror one of her last major crusades. Two years ago, she created a huge stir in Stockton, California, over chloramines, parachuted in for an event and then moved on without seeing any change from the city.

"Chloramines were never at the top of the list of concerns. The local people who care about water were not concerned about chloramines," says Alex Breitler, a former reporter in Stockton who covered the Brockovich saga extensively for more than a year. "Then all the sudden, Erin comes in and rings the alarm bell, and everybody starts listening."

Just as she did in Plano, Brockovich made a series of Facebook posts in early 2016 decrying the city's use of chloramine in its water, stirring Stockton's Facebook warriors to action. Stockton's mayor at the time, a populist named Anthony Silva, latched onto Brockovich's cause after voting the previous year to add chloramines to the city's water supply in an attempt to lower the amount of disinfectant byproducts in the system.
click to enlarge 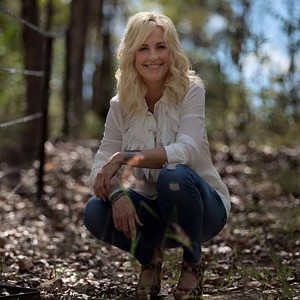 
"No one paid any attention because it wasn't an issue that was high on the level of concern at that time," Breitler says. "We did a couple of stories on it, but those stories never generated a lot of public interest or concern that I could tell. Then we did one last story in January 2016 right before the conversion. You know, 'Hey, it's happening.' That story posted to the website, and within hours, Erin picked up on it, and it spread like wildfire."

Brockovich and Bowcock went in and hosted a big event attended by a couple thousand people.

"The came to town, and they said chloramines are dangerous. People were concerned about it for some time, but the bottom line is the council never did decide to reverse course on it because of the cost — it would've been millions more to put in those filters," Brietler says. "The council stood its ground, and the city never backtracked. I did a story a year later and, wouldn't you know, but our disinfectant byproduct levels were back within federal standards across the board. ... None of the things that they'd raised concerns about had materialized."

While Brockovich posted about Stockton's water a few more times on Facebook, she never returned for a follow-up visit, Brietler says.

"[Brockovich and Bowcock] move on. They go from city to city. ... They just go all around the country, and they do this chloramine deal," Breitler says. "Sometimes they win and sometimes they don't, and they keep moving on. I'm not sure that we're ever going to hear from them again."