Gay Teacher, Suspended After Being Accused of Promoting a ‘Homosexual Agenda,’ Settles with Mansfield ISD 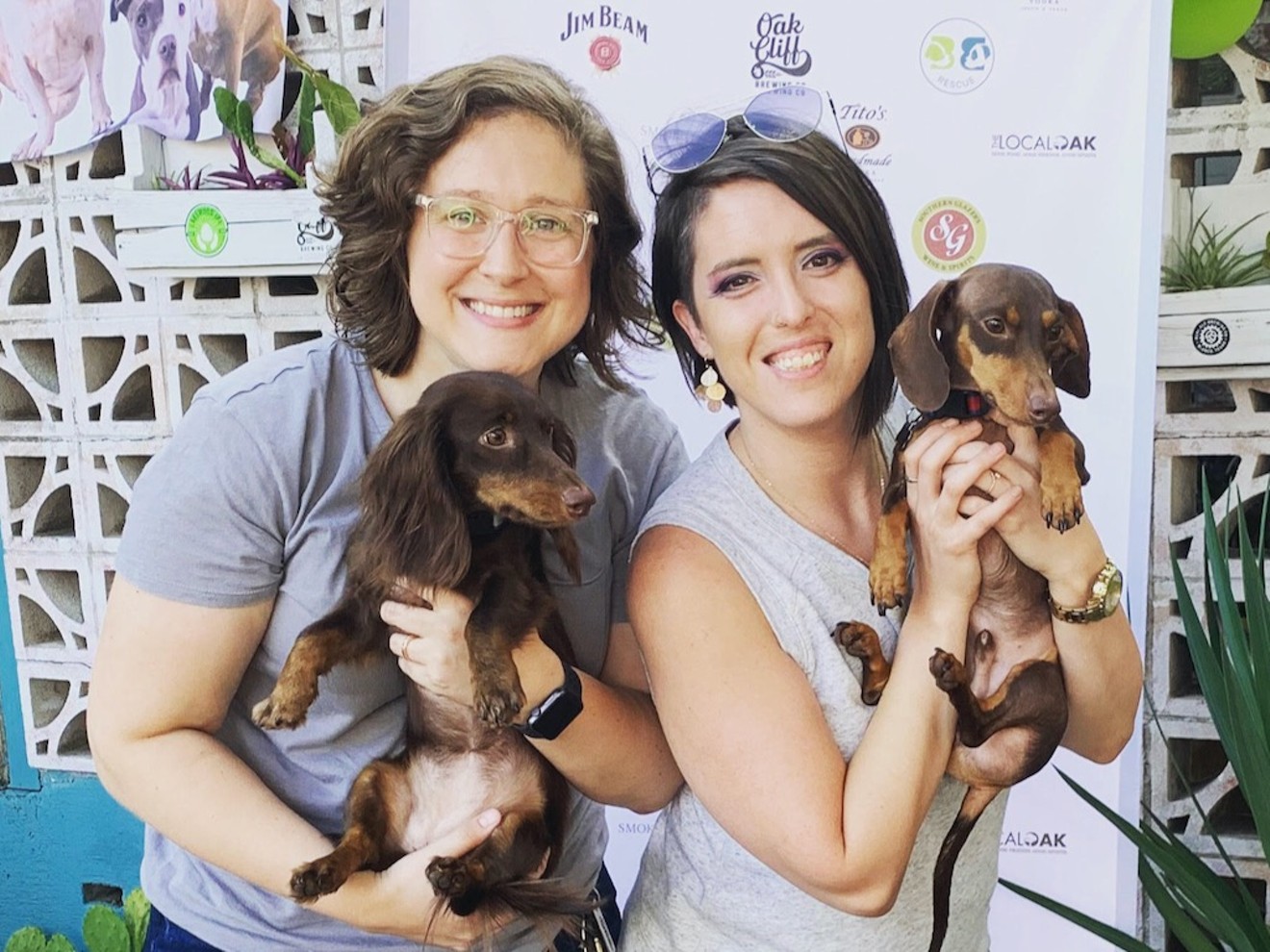 Stacy Bailey (right) has won money and vindication after a years-long battle against a school district that considered firing her, she claims, for being gay. courtesy Stacy Bailey

Stacy Bailey and the Mansfield school district have settled a 2018 lawsuit that accused district administrators of suspending her for being gay.

The district will pay out $100,000 and train staff members on LGBTQ issues but denies any wrongdoing. It will also scrub Bailey's record of any reference to the investigation or suspension and provide a letter of recommendation to her future employers.

It marks the end of a multiyear ordeal for Bailey that began in August 2017 when she showed a picture of her fiancée, who is now her wife, to her students at Charlotte Anderson Elementary School. After parents complained, accusing Bailey of pushing a "homosexual agenda," the district put her on an extended "administrative leave."

The suspension sparked outrage from both the community and LGBTQ advocacy groups — and then a lawsuit accusing the district of discrimination. The district denied it, claiming that it had "concern" over Bailey's "ongoing discussions with elementary-aged students about her own sexual orientation, the sexual orientation of artists, and their relationships with other gay artists."


"I've been afraid for 2½ years. I hope I can take a deep breath, let it go and leave it up to the community to continue this fight." — Stacy Bailey

But in October, a federal judge disagreed, writing that Bailey's suspension "was based on her sexual orientation and a desire to appease complaining parents in the community operating on the basis of outdated stereotypes about homosexuals."

"The judge's ruling in this case — and the settlement — are statements that gay teachers are worthy of equality and respect," said Bailey at a news conference Tuesday afternoon.

Per the settlement, the district will also vote on amending its anti-discrimination policies to explicitly include sexual orientation, which has been a rallying cry for local advocates.

For at least the last year, the district has argued that it couldn't update the policies while the litigation is ongoing. Now, that excuse is gone. The district's trustees will vote on the policy changes within 60 days of the summer recess of the Supreme Court, which has several cases on its docket addressing the issue.

"It feels like a break for us. It feels really good," said Rev. Katie Hays, a pastor at a local church that has spearheaded the advocacy effort. Now, Hays said, it's up to the school board to follow through on their promises.

One of those promises is to provide mandatory training to school counselors and staff in its human resources department. The Resource Center, a nonprofit LGBTQ advocacy group that offers similar training at Dallas schools, has offered to conduct them.

Rafael McDonnell, the nonprofit's advocacy manager, has been lobbying districts to adopt more inclusive anti-discrimination policies but with limited success. So far, he said, only Dallas and Fort Worth's districts, among 89 in the region, have adopted language in their policies that specifically protects sexual orientation, gender identity and gender expression.

He pointed to Grapevine's school district, which was accused in October of firing a teacher for being gay. "If I were the board members of Grapevine-Colleyville ISD, I would find a way to try and make things right five minutes ago," he said.

Bailey is now a teacher at a nearby high school, following an eight-month suspension. The move was a disappointment for Bailey, who sought to be reinstated at the elementary school where she was twice voted teacher of the year.

Now, Bailey said, she plans to stay put for a few years to see her current students graduate.

"I've been afraid for 2½ years," she said. "I hope I can take a deep breath, let it go and leave it up to the community to continue this fight."
KEEP THE DALLAS OBSERVER FREE... Since we started the Dallas Observer, it has been defined as the free, independent voice of Dallas, and we'd like to keep it that way. With local media under siege, it's more important than ever for us to rally support behind funding our local journalism. You can help by participating in our "I Support" program, allowing us to keep offering readers access to our incisive coverage of local news, food and culture with no paywalls.
Make a one-time donation today for as little as $1.