Greg Abbott Holds Dallas Up as Example on Homelessness. But Dallas Has Problems of Its Own. 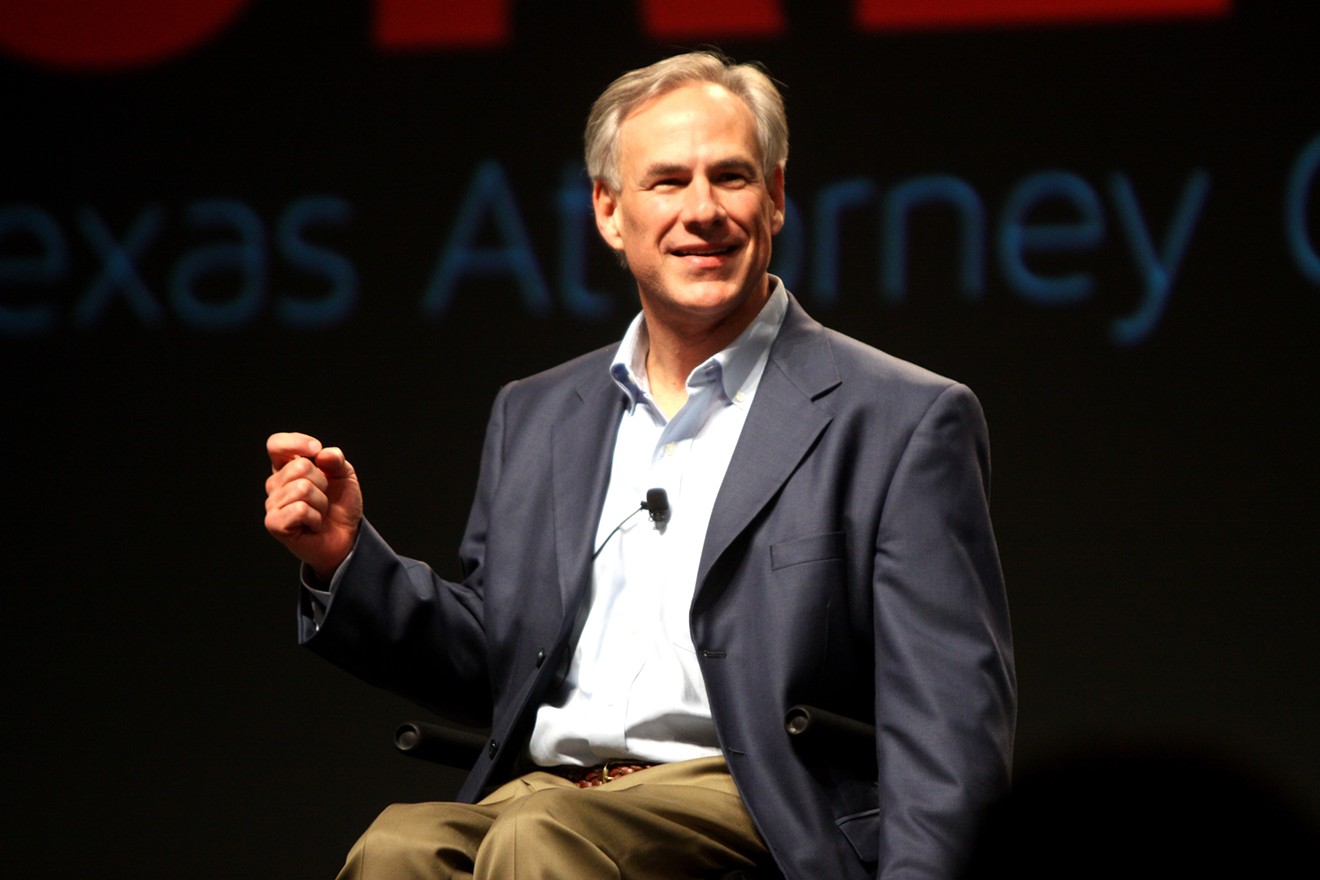 Gov. Greg Abbott wants Austin to follow Dallas' lead in dealing with homelessness. But Dallas has problems of its own. Wiki Commons
As a part of his ongoing spat with Austin over homelessness, Gov. Greg Abbott held Dallas up last week as an example of how cities should tackle the problem.

But Dallas has problems of its own. As the number of people who spend their nights on city streets and under overpasses continues to grow, homeless advocates in the Dallas area are raising the alarm.

In a tweet last week, Abbott said that during a three-day visit to downtown Dallas, he saw no homeless people "laying around or camping on sidewalks," nor did he spot any feces or used needles on the city's sidewalks.

I spent 3 days in downtown Dallas & saw ZERO homeless laying around or camping on sidewalks.

No feces & no used needles.

Dallas has more homeless people than Austin but is able to retain public health & safety.


It's unclear, based on his tweet, exactly where in downtown Dallas Abbott spent his time. On Thursday afternoon, groups of people could be seen sitting or lying asleep, either on sidewalks or just a few feet off them in the areas around The Bridge and The Stewpot, just a few blocks east of Dallas City Hall.

Abbott has called for the Austin City Council to enact a number of policies related to homelessness, including reinstating a ban on camping on city sidewalks that the city abolished in July. Earlier this week, the Austin City Council partially reinstated that ban, enacting an ordinance that makes camping illegal in certain areas but still allows people to sleep under highway overpasses. Following that move, Abbott's office announced that the Texas Department of Transportation would clear out homeless encampments under bridges.

An ordinance is already in place in Dallas banning camping in public places, including sidewalks. But Carl Falconer, executive director of the Metro Dallas Homeless Alliance, said the city has its share of people sleeping on sidewalks, despite the ban. The types of policies Abbott is pushing in Austin don't prevent it in Dallas, he said.

Dallas' unsheltered homeless population — those people who spend their nights on city streets, in empty fields and under highway overpasses — roughly doubled between 2016 and 2019, according to figures in the annual Point in Time count, a single-night census of homeless people cities across the country conduct each January.

Falconer said Dallas' unsheltered homeless people might be less visible than those in other cities, including Austin. Homeless encampments in Dallas tend to be out of the public eye, he said, but that doesn't mean they aren't there.

Dallas suffers from an extreme lack of affordable housing, Falconer said, meaning agencies and organizations like his have a difficult time finding homes to place homeless people into. If people can't get into housing, and if all homeless shelters in the area are full — as they usually are in Dallas — those people often have no other choice but to sleep outside, in public areas. If Abbott really wants to solve that problem, Falconer said, he should support programs that get people off the streets and into housing.

"I was pleased to see that the governor is worried about homelessness. I was pleased to see that he recognizes that there is an issue with homelessness," Falconer said. "But if the state is not willing to bring resources to bear that puts people into housing, then we're just talking about the problem. We're not finding solutions."
KEEP THE DALLAS OBSERVER FREE... Since we started the Dallas Observer, it has been defined as the free, independent voice of Dallas, and we'd like to keep it that way. With local media under siege, it's more important than ever for us to rally support behind funding our local journalism. You can help by participating in our "I Support" program, allowing us to keep offering readers access to our incisive coverage of local news, food and culture with no paywalls.
Make a one-time donation today for as little as $1.