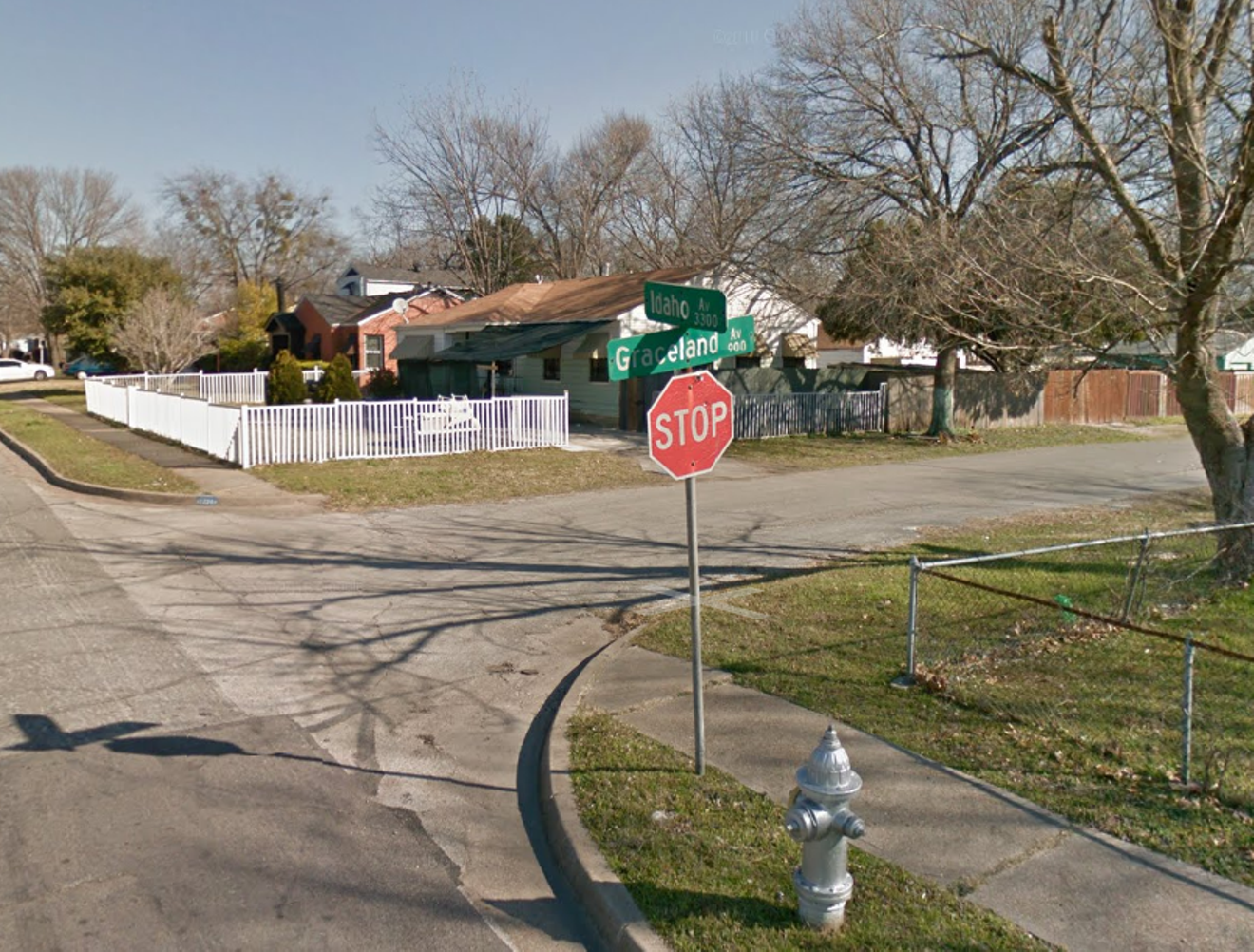 South Dallas has been plagued by home invasions, the most recent reported in the 3300 block of Idaho Avenue. Google Earth
A rash of home invasions in South Dallas has police probing for possible connections. Pairs of armed thieves have struck four times in the past two days, with three offenses reported on the same day. The latest attack happened at 4 a.m. Thursday in the 3300 block of Idaho Avenue, where assailants kicked in a front door to rob the residents inside.

"Investigations into these offenses are ongoing, and there are no definitive links that connects (sic) them all," police said in a bulletin Thursday.

But a red car, possibly a Honda, used by the attackers during an incident Thursday, matches the description of the one used in an earlier attack in the 2900 block of Britton Avenue. In that incident, a juvenile victim was home alone when a single armed intruder broke through the front door, police said.

"The suspect pointed a gun at the victim and demanded property," police said, describing the suspect as "a Latin male" between 20 and 25 who is 5 feet 5 inches tall, skinny and bald with a tattoo on his neck and possibly his lips.

One of the Thursday morning attackers loosely matches that description: "a Latin male, 20-25, 5’9” tall, 150 pounds, thin-build, tattoos on face, neck, and leg with a thin mustache," police said. "Suspect was described as wearing a white t-shirt."
Other incidents vary in suspect descriptions but have similar methodologies and occur early in the morning. A victim in the 4700 block of East Frio Drive answered a knock on the door at 7:45 a.m. Wednesday. Two suspects pointed a gun, forced entry and robbed the victim of cash and unspecified property. Suspects in this attack were described as a Latin man with facial tattoos and a Latin female with tattoos on her chest.

At 8 a.m. that morning, a resident in the 1500 block of Maywood Avenue heard a loud noise and found someone kicking in the front door.

"The suspect pointed a gun at the victim and demanded property. The victim’s white Ford F-150 was taken," police said. "This vehicle has been recovered and is being processed for physical evidence." The attacker wore a bandana; an accomplice wore a black do-rag on his head.

Police said the incidents do not seem to be related to another recent, fatal home invasion in the 9300 block of Sedgemoor Avenue. At a late afternoon press conference yesterday, Assistant Chief Randall Blankenbaker said that police are questioning "two people of interest" in that case.

KEEP THE DALLAS OBSERVER FREE... Since we started the Dallas Observer, it has been defined as the free, independent voice of Dallas, and we'd like to keep it that way. With local media under siege, it's more important than ever for us to rally support behind funding our local journalism. You can help by participating in our "I Support" program, allowing us to keep offering readers access to our incisive coverage of local news, food and culture with no paywalls.
Make a one-time donation today for as little as $1.
Observer Staff Writers