Ken Paxton Sues To Stop DACA Once and For All 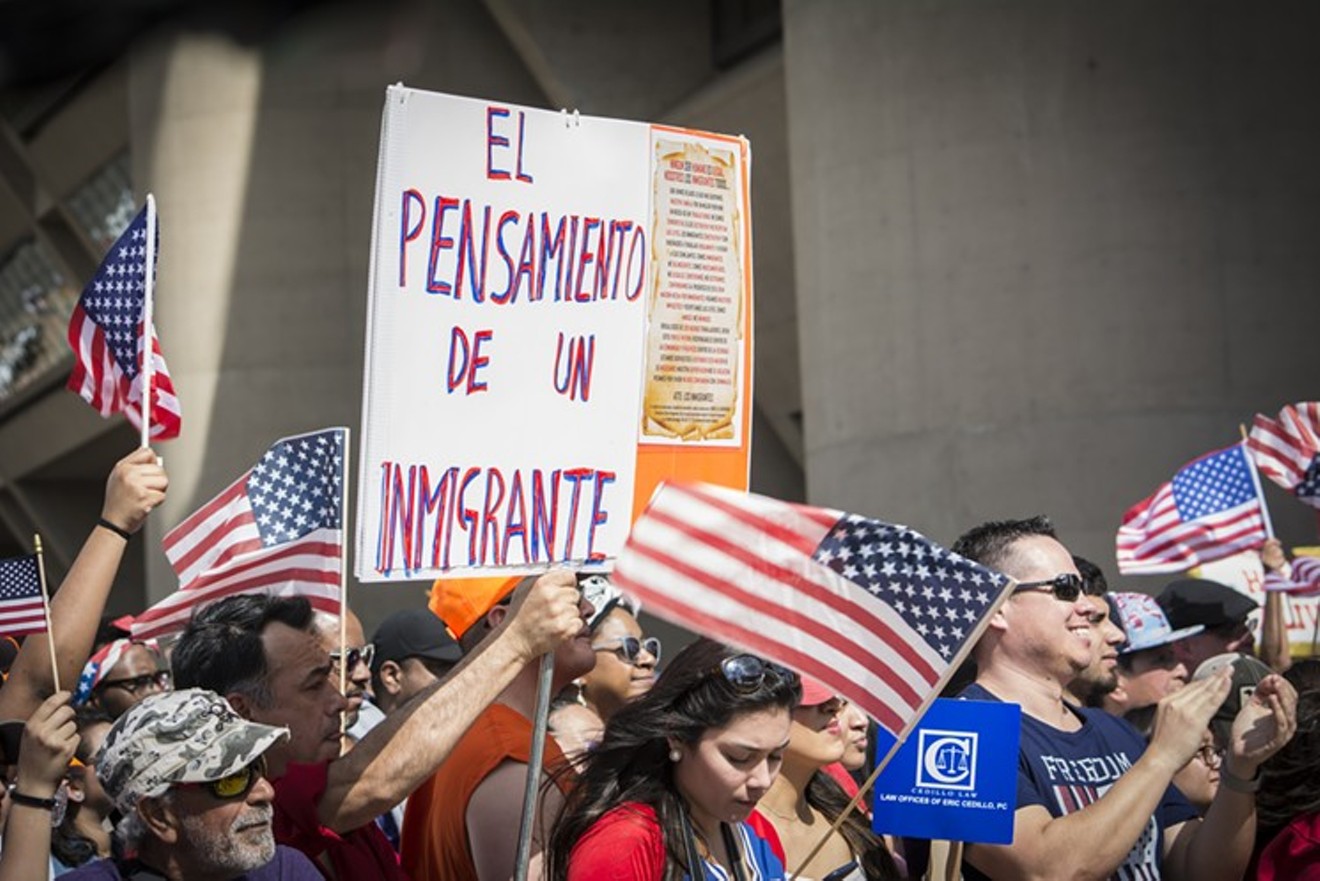 Pro-immigration reform protesters attend the 2017 Dallas Mega March. Elroy Johnson
Following a federal court ruling ordering the Trump administration to continue the Deferred Action for Childhood Arrivals program last week in Washington, Texas Attorney General Ken Paxton made good a threat he initially made in 2017 and sued the federal government to halt the program. DACA, an Obama-era policy that gives legal status to undocumented immigrants brought to the Untied States as children, protects more than 120,000 young Texans from deportation.

“Our lawsuit is about the rule of law, not the wisdom of any particular immigration policy,” Paxton, who is joined by attorneys general from Alabama, Arkansas, Louisiana, Nebraska, South Carolina and West Virginia in the suit, said Tuesday in a statement. “Texas has argued for years that the federal executive branch lacks the power to unilaterally grant unlawfully present aliens lawful presence and work authorization.”

Paxton's suit asks the U.S. District Court for the Southern District of Texas to order the federal government to stop issuing and stop renewing DACA permits. It does not ask that those holding DACA permits be deported nor that their permits to remain in the United States be rescinded. DACA permits are good for two years.

At a news conference Tuesday afternoon, Paxton said that the lawsuit is an attempt to stop activist judges from forcing the Trump administration to give out and renew DACA permits, rather than a rebuke of the president's immigration policy.

“Last September, President Trump sided with the rule of law. He agreed to phase out DACA after I led a coalition requesting his administration do so or face a court challenge," Paxton said. "Since then, three activist federal judges have blocked the federal government from canceling DACA. That means that unelected federal judges are forcing the Trump administration to leave an unlawful program in place indefinitely as legal challenges drag on."

Paxton first threatened to sue to stop DACA in June 2017 if it wasn't stopped by September. Since then three federal judges have kept the program alive after Trump's tries to end it.


It is not only bad policy, it's bad politics as strong majorities of Americans support DACA. Instead of wasting taxpayer funds to pick on these Americans without status. — Rafael Anchia

In a statement, Dallas state Rep. Rafael Anchia, the chairman of the Texas House's Mexican American Legislative Caucus, blasted Paxton's lawsuit for going against the wishes of the majority of Americans who believe DACA should be left intact.

"It is not only bad policy, it's bad politics as strong majorities of Americans support DACA. Instead of wasting taxpayer funds to pick on these Americans without status, the attorney general should join the bipartisan chorus calling on Congress to fix a broken immigration system that denies these kids their rightful place at the American table," Anchia said.

Gilberto Hinojosa, head of the Texas Deomcratic Party, said Paxton's lawsuit was especially cruel given the circumstances of many DACA recipients.

“The average age of DACA participants at the time they arrived in the U.S. is 6.5 years old, they should feel safe and accepted in the only country they know to be their home," he said in a statement. "Dreamers belong here, and we’ll never stop fighting for them to stay."

In addition to the judge in Washington, federal district judges in California and New York have both ordered the Trump administration to continue renewing DACA permits as the legal battles over the issue play out in court.