Hamilton is accused of attacking his oldest daughter in September. He turned himself in after initially being charged in late October and was released on $35,000 bond.

Hamilton, according to an arrest warrant affidavit, threw a chair at his daughter, injuring her when it shattered, before dragging her to her bedroom where he beat her with both an open and closed fist.

On Oct. 2, according to the affidavit, Tarrant County Child Protective Services called the Keller Police Department after receiving a report of physical abuse of Hamilton's daughter made by his ex-wife, Katie.

According to the child and her sisters, Hamilton became angry when she said something he didn't like as the kids got ready for school on Sept. 30. He threw a water bottle at her, hitting her in the chest, and then dragged a chair, upon which she'd been resting her legs, out from underneath her. The former All-Star slugger then whipped the chair at his daughter, according to the affidavit.

She was able to get mostly out of the way, she told Keller police, but pieces of the broken chair hit and injured her. After throwing the chair, Hamilton grabbed his daughter by the shoulders and she fell to the ground, she told police. Then he dragged her to her room, pinned her face to her bed and beat her on her back and legs, according to the affidavit. The victim of the alleged attack told police she suffered multiple scratches on her back from Hamilton's fingernails.
click to enlarge 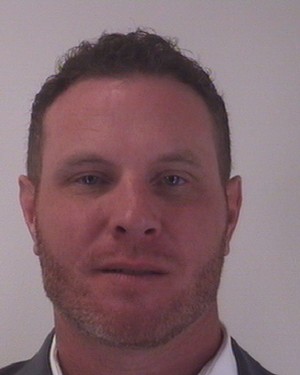 
After Hamilton stopped hitting his daughter, she told police, he told her he hoped she told the authorities what he did, according to the affidavit.

"I hope you go in front of the fucking judge and tell him what a terrible dad I am so I don't have to see you anymore and you don't ever have to come to my house again," Hamilton's daughter reported he said.

In a statement to KTVT-TV made after his arrest, Hamilton's attorneys denied the allegations.

“Josh Hamilton voluntarily surrendered himself to Tarrant County authorities today. Mr. Hamilton is innocent of the charge against him and looks forward to clearing his name in court," they said.

Tarrant County's courts are closed until at least May 11, so no court date has been set for Hamilton, the Tarrant County District Attorney's Office says.
KEEP THE DALLAS OBSERVER FREE... Since we started the Dallas Observer, it has been defined as the free, independent voice of Dallas, and we'd like to keep it that way. With local media under siege, it's more important than ever for us to rally support behind funding our local journalism. You can help by participating in our "I Support" program, allowing us to keep offering readers access to our incisive coverage of local news, food and culture with no paywalls.
Make a one-time donation today for as little as $1.