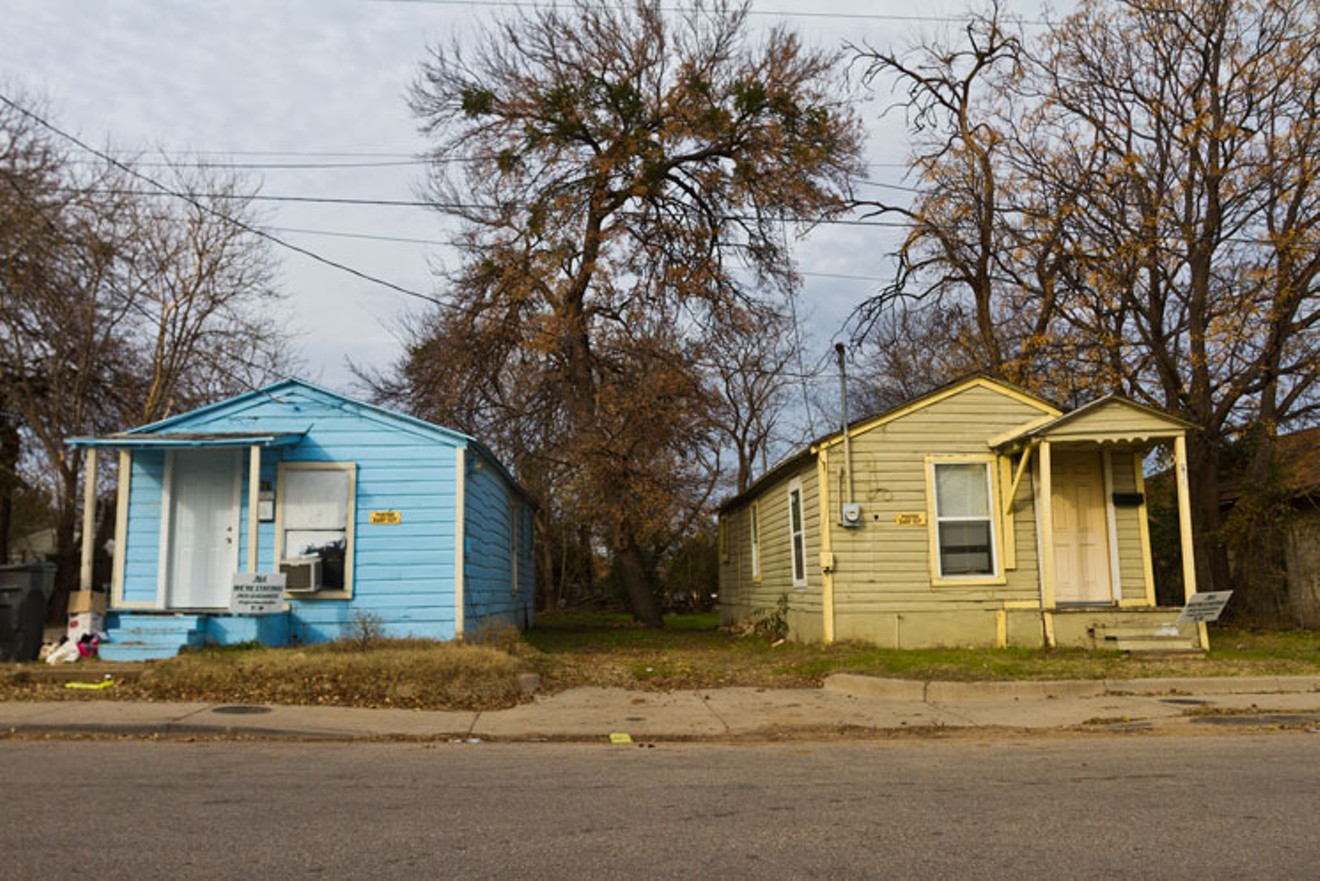 According to the assessment, the comprehensive housing policy does more to guide Dallas through federal, state, and local regulations than it does to change the status quo around affordable housing. Mark Graham
This week, the City Council will hear recommendations on how to make Dallas’ comprehensive housing policy more equitable. After that, City Council members will make their own recommendations, with plans to vote on a final set of reforms in mid-April.

This comes after a recent racial equity assessment of the policy said it is “silent on equity” and doesn’t address historically racist housing policies and practices in the city.

The policy was unanimously passed by City Council in 2018 with hopes it would bring 20,000 new homes to 13 of Dallas’ 14 council districts. Before it was passed, former City Council member Diane Ragsdale criticized the policy for not adequately addressing inequality.

"This housing policy states loud and clear that there are neighborhoods too poor to be helped," Ragsdale told the City Council in 2018. "Our neighborhoods in southern Dallas have never received equitable city services. This policy, once again, does not address inequities. The city should be investing in neighborhoods they have neglected over and over and over again. It takes generations to overcome years of racism."

About three years later, an assessment of the policy found it doesn’t include ways to deal with practices that fostered segregation and inequality in the city. It also doesn’t aim to reduce racial disparities historically faced by Black and Hispanic communities in Dallas, according to the assessment.

The assessment was commissioned by City Council member Casey Thomas, chair of the Housing and Homelessness Committee. He’s pushed for a racial equity assessment of the policy since being appointed as chair of the committee last January.

“Today is a historic day for the city of Dallas,” Thomas said when the assessment was released. “Today we want to acknowledge that as a city, we have discriminated against people of color. But going forward, we are committed as a council, as a city to righting that wrong.”

TDA Consulting, which conducted the assessment, provided nearly a dozen recommendations to the city to make its housing policy more equitable.

The firm said Dallas should create a vision statement for its comprehensive housing policy explaining how it will level the affordable housing playing field across the city among all racial groups. The city also needs to plan on how it can use existing partnerships to meet varying needs in different communities.

“The report makes it clear that the city is in a really bad place right now in our quest to close the affordable housing gap." – City Council member Chad West

The firm added that there should be a way to track all of the goals of the comprehensive housing policy. A remedy for southern Dallas’ infrastructure deficit should also be included. The city should also create a dedicated revenue stream to upscale affordable housing production. It should also use low-income housing tax credits more broadly, in both high opportunity areas with low poverty rates and distressed areas with higher rates of poverty.

TDA Consulting shared its findings and recommendations with the Housing and Homelessness Solutions Committee in December.

“The report makes it clear that the city is in a really bad place right now in our quest to close the affordable housing gap,” City Council member Chad West told the committee. West formerly chaired the committee. He called the assessment a “blockbuster indictment” of the policy and its inattention to racial equity.

Since Dallas officials received the assessment, they’ve been working to get feedback from residents by phone, email and at public meetings. A series of town hall meetings took place in January, and about 120 people gave comments. On Wednesday, the City Council will hear recommendations based on that and, from there, work on final reforms to be voted on in April.

"[TDA Consulting] has provided glaring insight into the lack of progress that has been made under the comprehensive housing policy," West said. "The reasons are clear, and it is time for all of us to acknowledge them and commit to transformational change."
KEEP THE DALLAS OBSERVER FREE... Since we started the Dallas Observer, it has been defined as the free, independent voice of Dallas, and we'd like to keep it that way. With local media under siege, it's more important than ever for us to rally support behind funding our local journalism. You can help by participating in our "I Support" program, allowing us to keep offering readers access to our incisive coverage of local news, food and culture with no paywalls.
Make a one-time donation today for as little as $1.