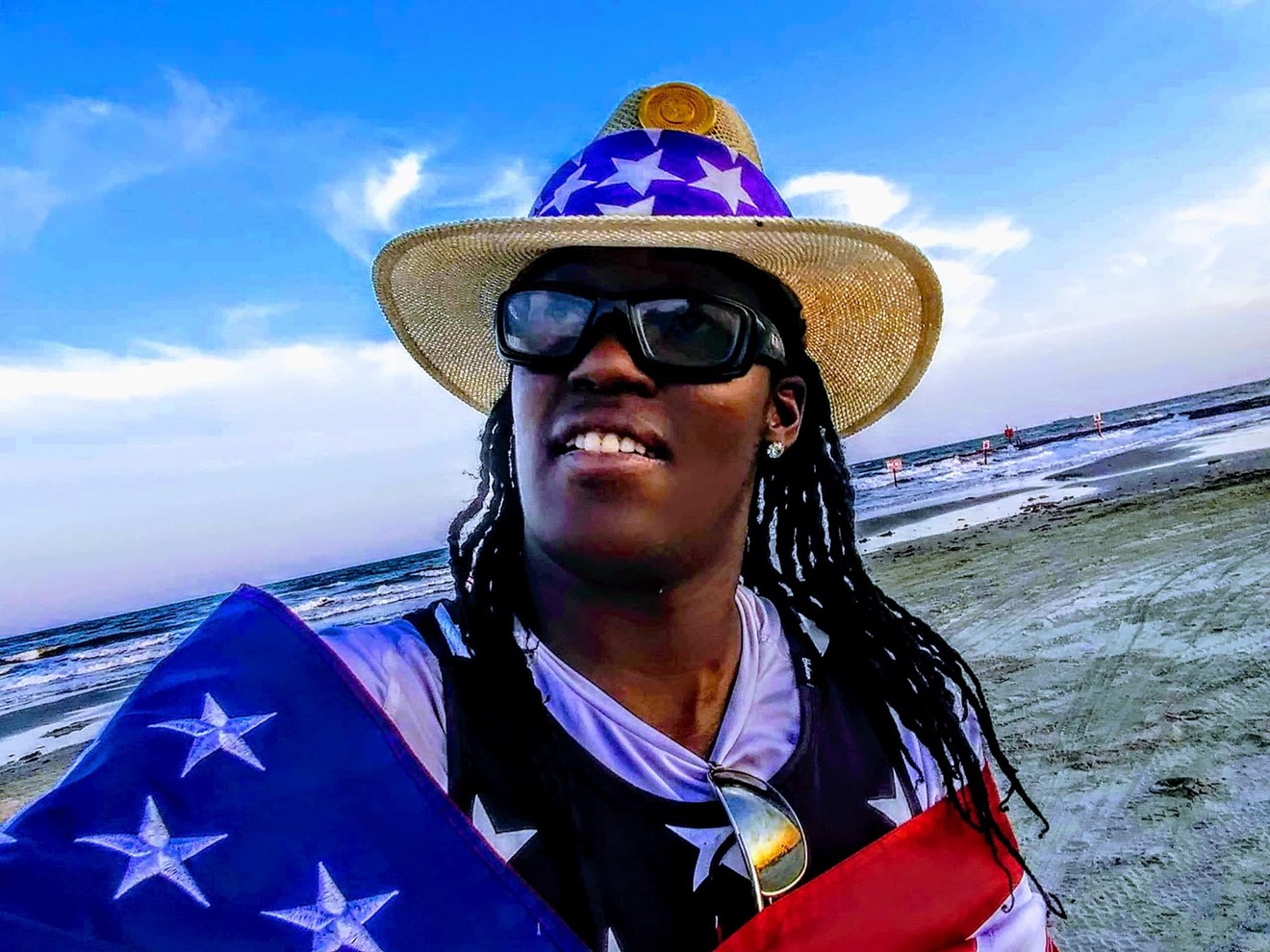 Special Olympian Ashton Smith was suspended after she claimed she was slurred by a fellow athlete. Ashton Smith
Ashton Smith, a 33-year-old champion swimmer from Fort Worth who competed in the Special Olympics World Games, has been suspended by the organization following a dispute with another athlete that exploded online.

Smith alleges she’s been the victim of abuse by another athlete that began with a racial epithet at the World Games held in Abu Dhabi in March and has continued with homophobic postings online.

The other athlete has denied using the epithet, and her family threatened to sue Smith for slandering their daughter.

On Sept. 19, Smith was informed in a letter from the nonprofit’s Texas chapter that she was suspended indefinitely for “conduct detrimental to the Special Olympics organization.”

The organization confirmed the suspension. “We hope that Ashton can be an athlete again in the future,” said its communications director, Dave Norris.

The letter gave two reasons for the suspension: personal attacks on another athlete and “relaying false information about Special Olympics.” Norris said that Smith had repeatedly violated the organization’s code of conduct but declined to clarify the nature of the violations.

In a subsequent phone call with the organization’s leadership, Smith was told that the ruling could not be appealed, she said.

“The reason that I'm fighting this is because I don't want this stuff to happen to anybody else without due process.” — Ashton Smith


Smith, whose story of resilience in the face of homelessness has been documented by both local and national media, has been a vocal critic in recent months of the organization’s financial assistance policies.

Smith was homeless when she first arrived in Fort Worth over 10 years ago. She’s since found subsidized housing, but she says it’s difficult on a fixed income for her to afford equipment and travel expenses.

Special Olympics, she said, does not reimburse athletes for expenses incurred during their participation in the games. Smith said she has never received prize money and the only awards she’s earned have been medals.

The Special Olympics encourages athletes to raise funds on their own. In an email sent out to Smith and other athletes in 2017, the organization sent athletes a “fundraising kit” to help them meet an “individual fundraising goal of $800.”

After posting on Facebook about the issue, she was told by Special Olympics organizers to take down the posts, she said.

Asked whether this happened, Special Olympics Texas declined to comment.

Smith’s problems with the organization came to a head at the World Games in Abu Dhabi, where she said she was singled out by another athlete for her appearance.

A Facebook post by that athlete, who lives in another state, reads, “Not sure if she’s really a child of God because God doesn’t approve of Masculine women in any shape or form.”

In private messages shared by Smith, the other athlete told her that she “needed to act more like a female.”

Smith is proud of the way she looks, the product of a rigorous gym routine and a desire to be able to physically defend herself, she said.

In Abu Dhabi, Smith competed in four events and earned silver in the 200-meter individual medley.

But her participation in future events is threatened as a result of the suspension. She’s already lost a sponsorship, she said.

“It’s depressing. It’s stressful,” she said. “The reason that I'm fighting this is because I don't want this stuff to happen to anybody else without due process.”

Smith learned to swim at the YMCA in Waxahachie when she was 8 and has been competing in Special Olympics events ever since.

“I want the best for myself. It means a lot to me. Sports gives me self-esteem and desire each day,” she said.

In 2018, Smith won multiple medals including gold in the 100-meter butterfly at the Special Olympics’ national competition in Seattle. A subsequent interview went viral.

“No matter what disability you have, you do not let society dictate what you cannot do,” she told ESPN in a televised poolside interview.
KEEP THE DALLAS OBSERVER FREE... Since we started the Dallas Observer, it has been defined as the free, independent voice of Dallas, and we'd like to keep it that way. With local media under siege, it's more important than ever for us to rally support behind funding our local journalism. You can help by participating in our "I Support" program, allowing us to keep offering readers access to our incisive coverage of local news, food and culture with no paywalls.
Make a one-time donation today for as little as $1.