If Stars' Season Resumes, Things Are Going to Get Weird 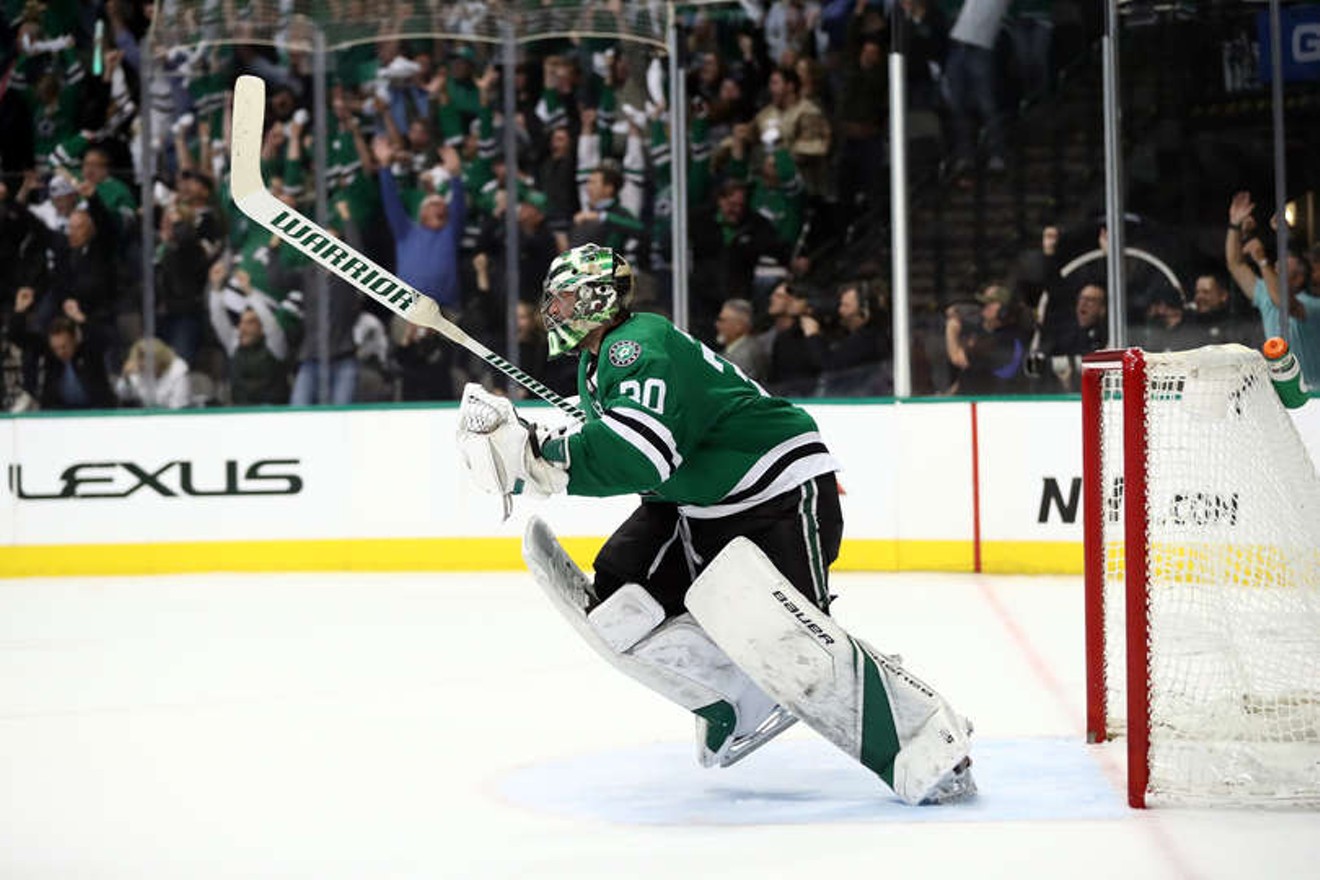 Ben Bishop celebrates the overtime goal that pushed the Stars into the second round of the 2019 Stanley Cup playoffs. Ronald Martinez / Getty Images
If the NHL can figure out a safe way to start playing games again this summer, fans are going to be in for a festival of playoff hockey the likes of which they've never seen. The Stars, by the skin of their teeth, are guaranteed to play a big part in it, according to the plans the league announced Tuesday afternoon.

Before getting to the good stuff, here's the big caveat: There's no guarantee the 2019-20 NHL season ever reaches a conclusion. Both the league and its players' association have signed off on the plan to return, but it's only going to happen if a "rigorous, regular schedule of testing" can be implemented, according to NHL Commissioner Gary Bettman.

"At the pause, we committed to resuming play only when appropriate and prudent," Bettman said. "We are hopeful the Return To Play Plan will allow us to complete the season and award the Stanley Cup in a manner in which the health and safety of our players, on-ice officials, team staff and associated individuals involved are paramount."

The rest of this story is conditional, but here's the best-case scenario:

The league's regular season is officially over, as of today. By virtue of their points gained out of points possible percentage, the Stars finish the season fourth in the Western Conference. That's important.

The league's regular season is officially over, as of today. By virtue of their points gained out of points possible percentage, the Stars finish the season fourth in the Western Conference.

Assuming the NHL gets all this figured out, each of the leagues' conferences will get set up in one of two hub cities following training camps slated to begin no earlier than July. Dallas is still in contention to be one of those hubs, along with Chicago, Columbus, Edmonton, Las Vegas, Los Angeles, Minneapolis-St. Paul, Pittsburgh, Toronto and Vancouver.

Of the NHL's 31 teams, 24 will still be in contention for the Stanley Cup when games resume. The teams that finished fifth through 12th in their respective conferences will pair off and play best-of-five series to get into the playoffs proper. The winners of those series will take on the teams that finished in their conferences' top four. That means the Stars have officially made the playoffs for the second season in a row.

As they wait for the field to be set, the Eastern and Western Conferences' top finishers will play in a round robin to determine how they'll be seeded in the playoff bracket. According to The Athletic's Stars beat writer Sean Shapiro, all teams in the round robin will start out on equal footing, regardless of where they finished in the regular season standings. Good for the Stars, who finished 12 points behind the conference-leading St. Louis Blues.

The length of the first two playoff series following the play-in round has yet to be determined. The NHL also hasn't decided whether the playoffs will follow a bracket or reseed after every round, with the highest remaining seed playing the lowest remaining seed.

According to reporters on a Zoom call with Bettman held after he announced the NHL's playoff plans, the commissioner said the league could start what would've been its 2020-21 season as late as January 2021.
KEEP THE DALLAS OBSERVER FREE... Since we started the Dallas Observer, it has been defined as the free, independent voice of Dallas, and we'd like to keep it that way. With local media under siege, it's more important than ever for us to rally support behind funding our local journalism. You can help by participating in our "I Support" program, allowing us to keep offering readers access to our incisive coverage of local news, food and culture with no paywalls.
Make a one-time donation today for as little as $1.