The Attorney General Wants to Ensure Liberty High's Prayer Room Is Open to All. They Might Have Asked. 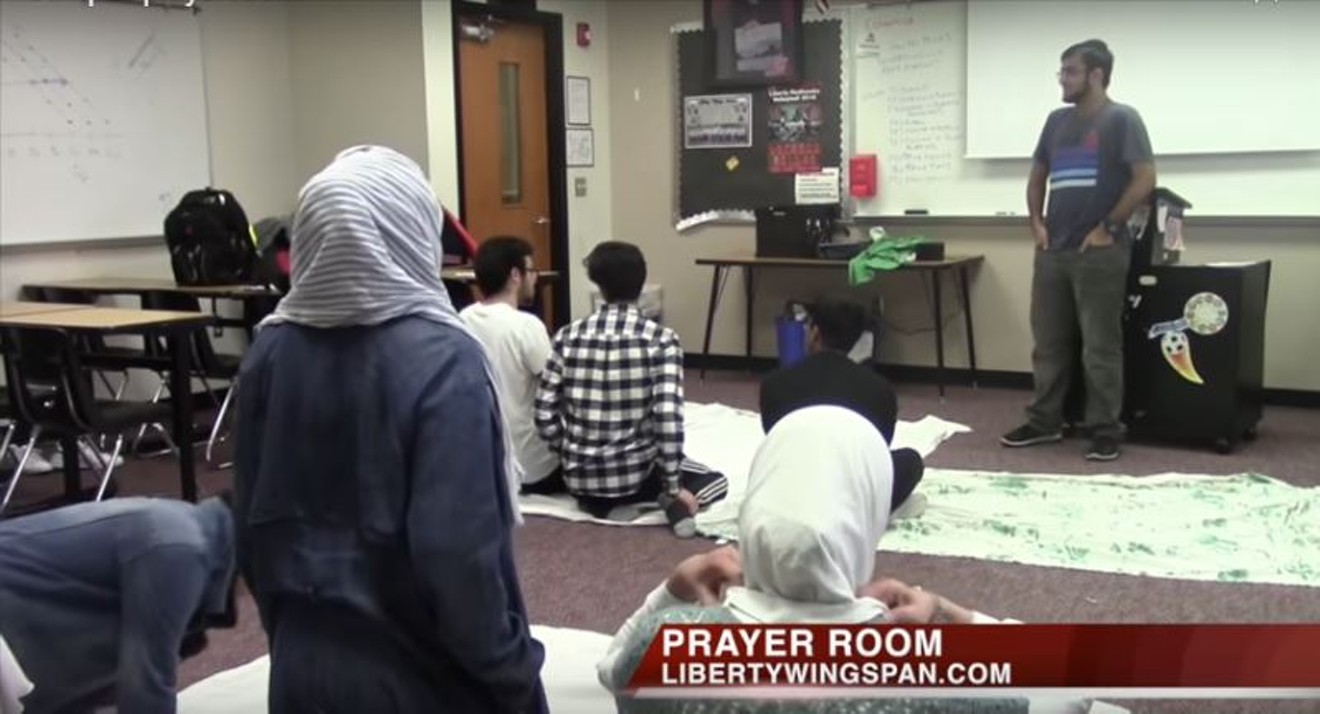 Ever ready to rush in with a press release where the religious liberty of Texas public school students is threatened, even when it isn’t, the Texas Attorney General’s office fired off a letter to Frisco ISD on Friday warning them that a “prayer room” available to Liberty High School’s 2,100 students had better not be open only to Muslims.

The AG’s office shared the letter with the media, which promptly shared it online. Too bad the state’s lawyers didn’t pick up a phone first and call Frisco to get some clarity. They could have found out that the prayer room is open for use by students of other faiths for prayer, meditation and, presumably, last-ditch pleas for help with that big trigonometry test.

The attorney general’s office became aware of the prayer room thanks to a story and video report earlier this month on Wingspan, the school’s campus news site. The letter, written by Deputy Attorney General Andrew Leonie to Frisco’s superintendent, Jeremy Lyon, warned that reserving the room for one religion would be unconstitutional.

“Your efforts to create an environment where students can freely — without actual or perceived pressure from school personnel — practice their religion merits admiration, not antagonism. Other practices at Liberty High School, however, raise concerns. Reports from Liberty's news site indicate that the prayer room is not available to students of all faiths,” Leonie wrote. “It appears that students are being treated differently based on their religious beliefs.”

Chris Moore, Frisco ISD spokesman, said that the principal at Liberty decided about seven years ago to set aside a classroom for 30 minutes a day to allow students to pray.

Liberty has a number of devout Muslim students whose rituals required them to leave campus on Friday afternoons for prayers. Parents would pick them up, take them to pray and return them in a trip that kept them out of classes for as much as two hours. The absences were excused, since the law requires schools to be accommodating to students’ religious needs, but the commute was still taking a bite out of the school day, Moore said.

So Liberty Principal Scott Warstler met with Muslim students and parents and arranged for a “prayer room” from 2:05 to 2:35 p.m. every day, Moore said. The rest of the time the room is used for regular classes.

While the Muslim students’ needs were the impetus for the prayer room, and they make the most use of it, it was open for all students to practice their faiths from the start, said Moore. Typically, students of other faiths don’t use the prayer room, he said, though they can and have. Also, he says the students are welcoming to other students who are curious about Muslim practices, though no proselytizing goes on.

District lawyers reviewed the plans for the prayer room before it was instituted, Moore said.

The bigger sticking point for Moore and Lyon is the fact that the Attorney General’s Office fired off its question attached to a widely distributed press release, giving the AG’s worry about constitutional liberties a definite odor of politicking.

“...This ‘Press Release’ appears to be a publicity stunt by the OAG to politicize a non-issue. The principal of Liberty High School noted in his interview there have not been any issues for over seven (7) years with this room, that is, however, until the OAG’s ‘Press Release.’ It is important to note Frisco ISD is greatly concerned that this type of inflammatory rhetoric in the current climate may place the District, its students, staff, parents and community in danger of unnecessary disruption,” the district wrote in its response to Leonie.

See Leonie’s original letter and the district’s response below.