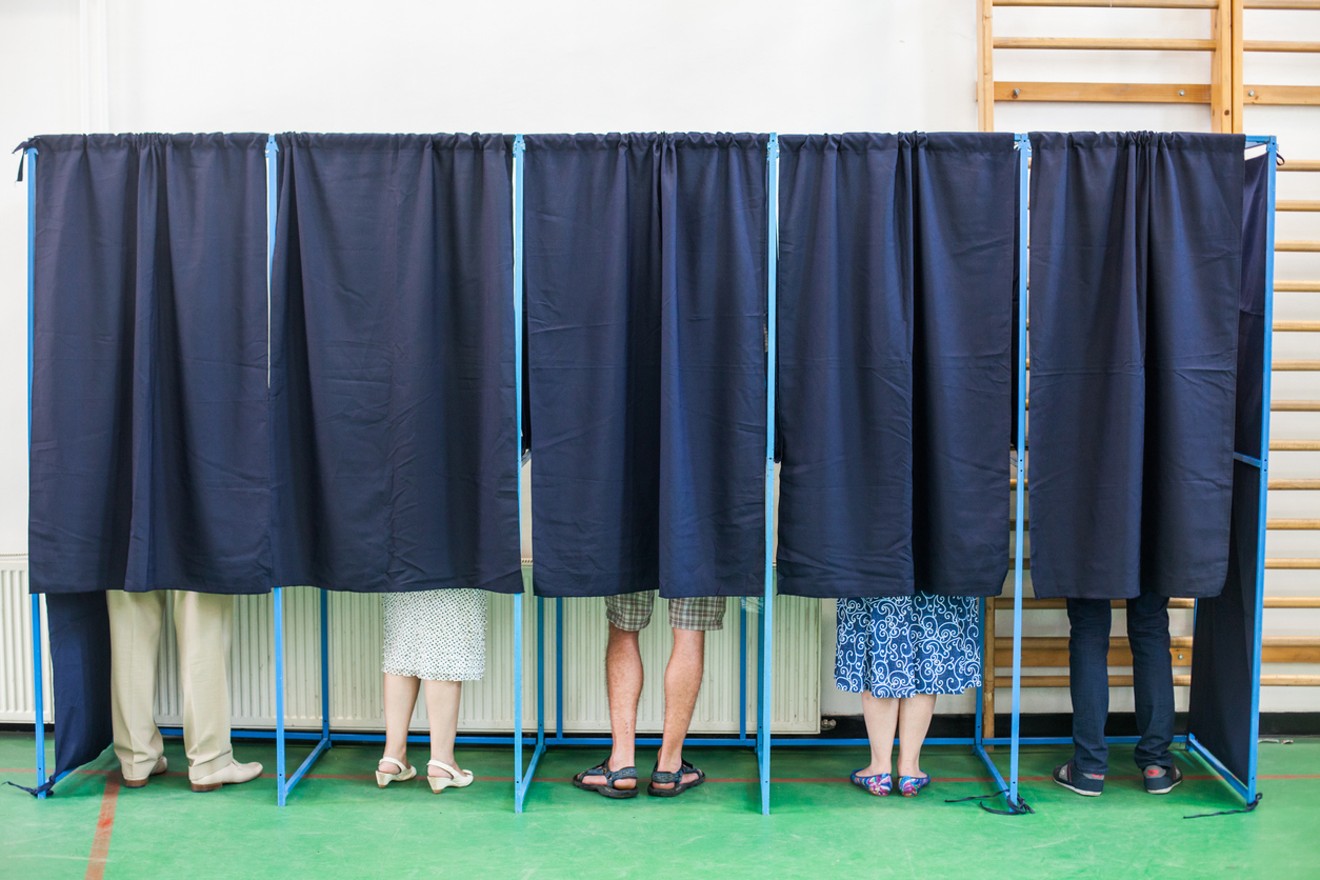 Texas Democrats want to bring straight-ticket voting back. iStock/bizoo_n
Texas Democrats are making hay out of a Super Tuesday that saw voters wait as long as seven hours to cast their ballots after polls closed in Texas. The party, along with national Democratic campaign groups, is suing the state to allow voters to continue voting a straight ticket, if they wish, in November.

The last voter at Texas Southern University has walked out of the voting booth. It took Hervis Rogers nearly 7 hours to vote tonight. #supertuesday2020 pic.twitter.com/kEQ0HgPZHg


The Texas Legislature eliminated the voting shortcut in 2017, agreeing with supporters who argued that getting rid of straight tickets would force voters to make more informed decisions at the ballot box.

"I think this would encourage all those running for office to work as hard as they can to educate voters as much as possible," Republican state Sen. Kelly Hancock, the Senate sponsor of the bill killing straight tickets, said in 2017.

Opponents of the bill argued that it would have a greater impact on minority voters than white voters.


“The end of straight-ticket voting was yet another Republican attempt to suppress the vote, alter the electorate, and take away power from the rising Texas majority." — Gilberto Hinojosa

“The end of straight-ticket voting was yet another Republican attempt to suppress the vote, alter the electorate, and take away power from the rising Texas majority," Texas Democratic Party Chair Gilberto Hinojosa said in a statement. "In minority-majority districts, lines to vote have already proven to be hours long. Ending straight-ticket voting has only made those lines longer and hurt candidates up and down the ballot."

Barring a successful legal challenge, Texas voters will have to mark candidates in each race in which they intend to vote individually in November, opening the door to longer lines and, potentially, undervoting if voters don't continue down their ballot after making their choices in top races.

During the 2016 presidential election, 66% of Dallas County voters voted a straight ticket. The vast majority of those straight-ticket ballots, almost half of the total ballots cast in the county, were voted by Democrats.

Ten years earlier, Dallas Democrats swept the county's judicial races, thanks to voters who'd turned on the presidency of George W. Bush. In the years since, Dallas County has been reliably Democratic. Only one Republican, former District Attorney Susan Hawk, has won a contested countywide election in the ensuing decade.

In Texas' largest counties, the numbers are similar. A majority of voters voted straight tickets in Harris, Bexar, Travis and El Paso counties in 2016 and a majority of those straight-ticket voters were Democrats.
KEEP THE DALLAS OBSERVER FREE... Since we started the Dallas Observer, it has been defined as the free, independent voice of Dallas, and we'd like to keep it that way. With local media under siege, it's more important than ever for us to rally support behind funding our local journalism. You can help by participating in our "I Support" program, allowing us to keep offering readers access to our incisive coverage of local news, food and culture with no paywalls.
Make a one-time donation today for as little as $1.