A Pair of Robots Appear in Dallas, Humbly Heralding the Future 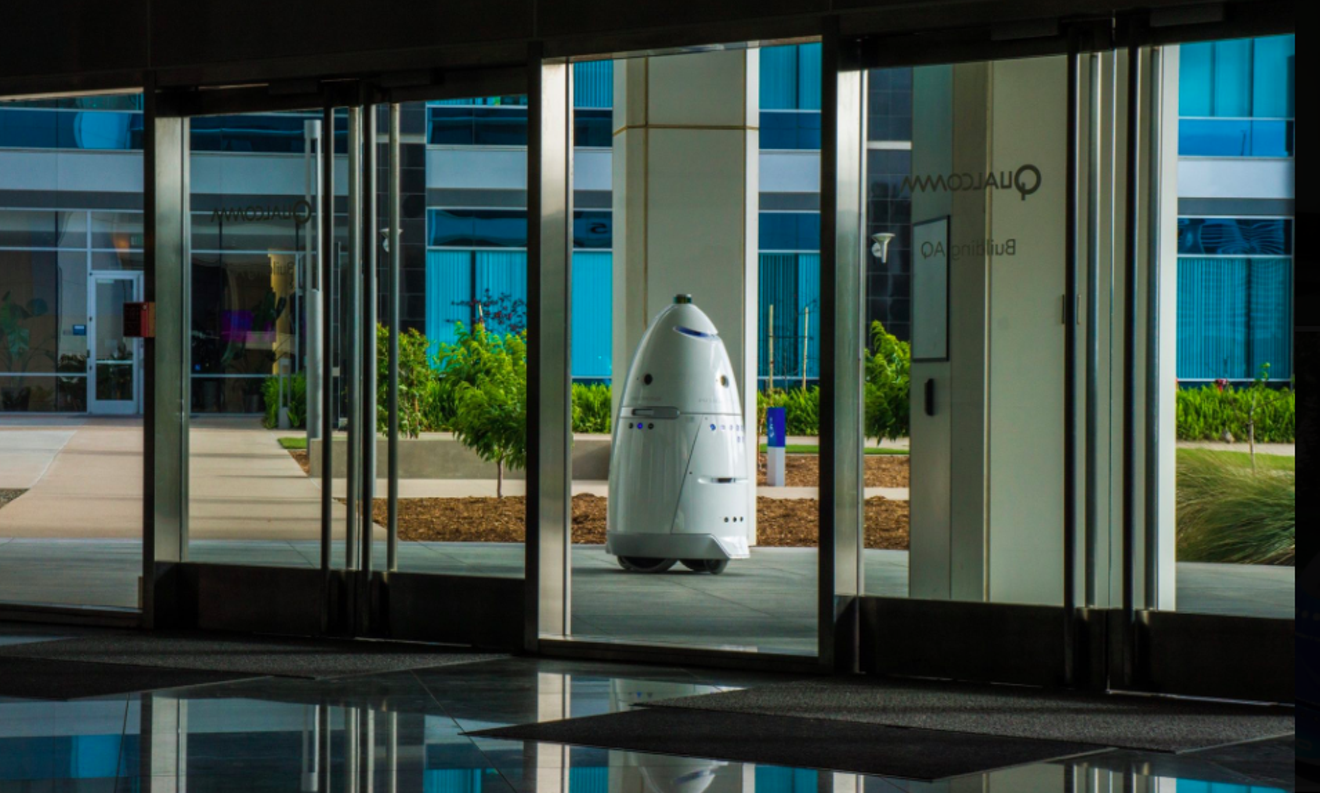 The Knightscope on patrol in California. What were you expecting, Robocop? Knightscope

Two robots made debuts in Dallas last week, each promising ways to help humans with automation — or at least save them some legwork.

One is called Knightscope, a police robot that serves as one part pack mule, one part guard dog. Stacy Stephens is a former Coppell PD police officer and co-founder of Knightscope. He explains that as a police officer, he only had so much real estate on his belt to carry technology. But through a smartphone, an officer can access a number of different sensors on Knightscope robot.

“It gives me much better situational awareness, makes me infinitely more aware of my surroundings and my ability to make smarter decisions,” he says. “Ultimately, it makes me much safer.”

The robot can be ordered to patrol an area, but only across a pre-mapped area. The robot then uses a camera and two-way audio to detect crime in the surrounding areas.

The robot has been in use for two years already. The manufacturers say it has helped stop an ongoing insurance fraud, caught a thief and was instrumental in securing an arrest warrant of a sexual predator. Users have logged more than 125,000 hours of operations and 75,000 miles of travel without any accidents, Stephens says.

Knightscope has been used primarily in California, but because of Stephens’ roots, the company’s next step is to bring the robot to Texas. 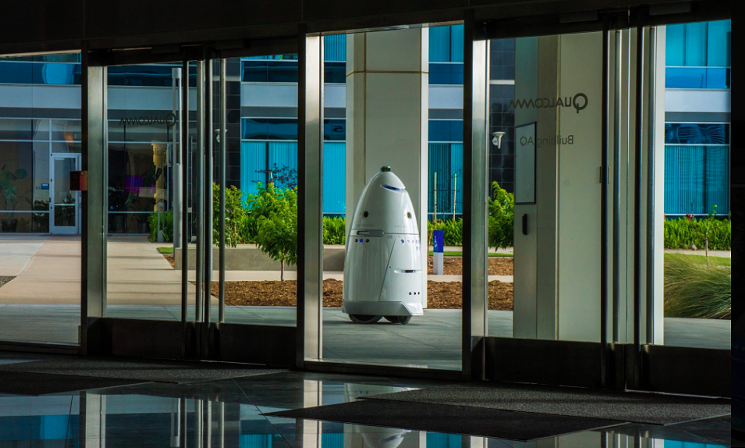 The Knightscope on patrol in California. What were you expecting, Robocop?
Knightscope

Peter Singer, an author and robotics expert at the nonpartisan New America Foundation, says robots can aid humans but have limits during street-level interactions.

“Is a machine better at raw calculations than a human, yes,” Singer says in an email. “Indeed, there was once a job known as 'calculator,' people who did math for hire, that machines have already ended. But is it better at mobility or emotional intelligence? No. Any 5-year-old still beats a machine at that.”

Still, in controlled environments with limited variables, robots could be the front line of service industry. The second robot to tour Dallas last week aims to be the liaison between hotels and travelers.

The BOTLR, a Relay robot used in Aloft Hotel by Love Field, is new to Texas but has been at work in other states as a stand-in butler. It brings guests different items weighing up to 10 pounds, but doesn’t engage in any cheeky backtalk or offer advice on dining options. 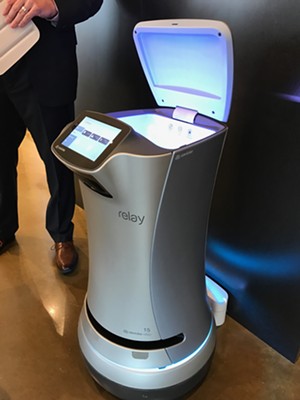 The BOTLR can't shine your shoes, but it can bring a fresh tube of toothpaste to your room.
Paige Skinner
BOTLR activates when a guest calls down to the front desk and asks for something to be delivered. From there, someone from the front desk staff places the item inside the robot’s compartment, dials in the guest’s room number and off the robot goes.

Rob Buehler, regional director of sales for Savioke, the company that designed the Relay robot, says most deliveries average less than five minutes. The hotel maps out its area, so BOTLR knows where to go, using its internal sensors to stay on course. When BOTLR arrives at the elevator, it calls the elevator controller via Wi-Fi. A simple algorithm detects when the guests door opens, and the robot then opens its compartment to deliver the goods.

While he couldn’t offer an exact number or percentage, Buehler says hotels have increased staff because occupancy has increased because of Relay's presence. “Hotels are in a position right now where they are competing with new technologies and new solutions, like Airbnb, so being able to provide a unique and exciting guest experience is valuable for them,” he says.

“There is a popular political narrative today, which may well have swung the 2016 election, that foreigners took all the U.S. factory jobs,” Singer says. “This anger doesn’t reflect reality. It was machines. Studies show that technology gains in automation accounted for at least 85 percent of manufacturing job loss in the U.S. since 1980. In the future that will continue, but not just in factories. We are seeing automation trends in fields that range from truck drivers to lawyers and yes, journalists.”