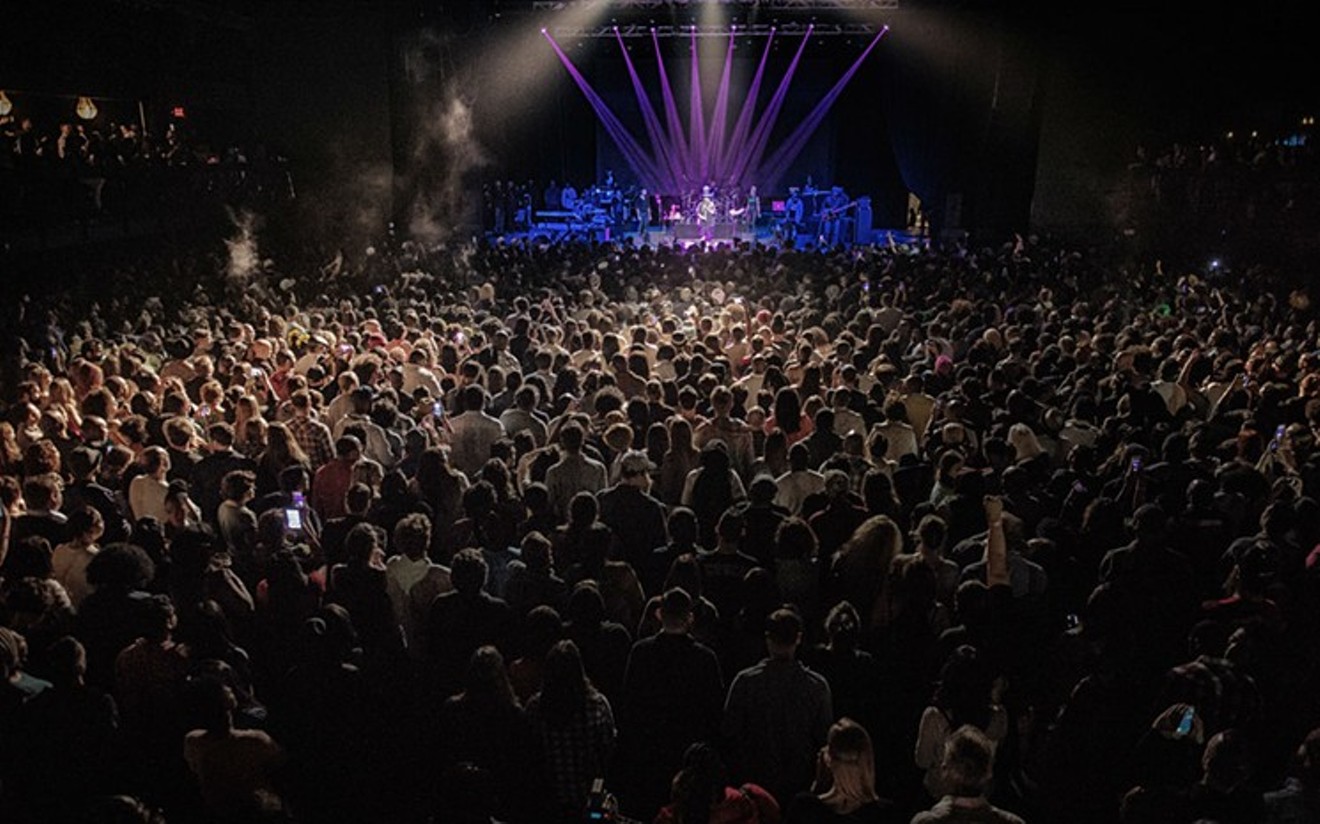 The new city knows where it wants to go but awaits a leader to lead the way. Mike Brooks
You are forgiven if you think it’s too early to talk about the May 2019 mayoral election in Dallas. In fact, I would forgive you if you still felt the same way in May 2019, because maybe you have other fish to fry.

Is the next mayoral election going to make one bit of difference in your life? Is your in-sink garbage disposal going to work better? Are you going to be safer walking to your car? Will kids in the schools do better at reading? Will fresh fruit last longer?

I could tell you yes. I would not be lying. I might be stretching it a little. But, yes, this coming mayor’s race probably will be more important and have a greater impact on your day-to-day life than previous ones.

Here’s why: The office of mayor in this city is quasi-ceremonial, but it’s a really important ceremony. The mayor may not set the agenda entirely, but she or he sets the tone. This time around, the election will be especially important for a reason.


Oak Lawn, now called Oak Lawn and Uptown, has saved and transformed itself into some of the city’s liveliest, most fashionable real estate. But in order to make that happen, Oak Lawn had to defeat the zoning insisted on by the Old Guard.

Right now, we’ve got the wrong tone coming from City Hall, because the city’s true leadership is not in office. The people who do set the tone out on the street — in business, culture, day-to-day politics — do not occupy the mayor’s office. The mayor’s office is and has for some time been in the wrong hands, the hands of people who are not the city’s real leaders, and that causes a kind of political short-circuit.

Who makes up the city’s true leadership? I know how to figure that out. Look at where the city has been going and where it wants to go in the future. Who is leading that? Who is the drum major out front?

Since maybe 2000, the long direction of the city has been toward a more urban, denser, more diverse matrix. If I had to pick five City Council districts at the lead of that movement, they would be Scott Griggs’ District 1 in North Oak Cliff; Adam Medrano’s District 2 in a horseshoe around downtown from West Dallas to South Dallas to East Dallas; Omar Narvaez’s District 6 in West and Northwest Dallas; Mark Clayton’s District 9 in Northeast Dallas; and Philip Kingston’s District 14, another horseshoe from Uptown to downtown to Old East Dallas up into Northeast Dallas.

I’m not picking those districts because they’re the best or everything works like a Swiss watch or fresh fruit lasts longer there. I am choosing them because they are where the action is and the future lies.

I wish I had majority black districts in far southern Dallas to offer you as models, and I am fully aware how suspect it is to be preaching a diverse future for the city and leave out all the black parts of town. But the fact is that black politics in Dallas is still hand-in-glove and beholden to the old white leadership of yesteryear.

Black people are blazing a bright trail to a better day for themselves in the suburbs but definitely not in the city, yet. Here in the city, the habits and culture of patronage are too deeply ingrained in the old black establishment, and only a big generational turnover will change that.

So if we look at the five council districts I am suggesting you consider, what has been accomplished? What have leaders there gotten done? Oh, my. Everything, and they have accomplished all of it in the face of tough opposition from the Old Guard.

Only one example but a good one: Oak Lawn, now called Oak Lawn and Uptown, has saved and transformed itself into some of the city’s liveliest, most fashionable real estate. But in order to make that happen, Oak Lawn had to defeat the zoning insisted on by the Old Guard, which would have turned that entire area into tenements and car lots.

Over a period of 30 years, the Oak Lawn Committee, a private grassroots organization, has spearheaded the renaissance of the entire area from north of downtown to just south of Highland Park. The committee is a great example of how organic neighborhood-based leadership in the city has consistently shown itself to have a smart, productive long-range vision.

By Old Guard, who do I mean? I get grief here sometimes for always invoking the Dallas Citizens Council, a private leadership group that goes way back. I admit that I do it sometimes just because they have such a funky name. They make it easy. But I do understand that the old leadership is not all lined up and standing at attention under that one banner.

By old leadership I mean the kind of people who still control The Dallas Morning News, who own big real estate downtown, who belong to the Dallas Country Club and either live or do their main hobnobbing in the wealthy enclave communities we call the Park Cities. If we want to see what their long-range vision is for the city, we have only to look at their main campaigns and causes.

Mainly, their consistent cause has been effort after effort to ram expressways through the old parts of the city to get more people out of town faster. Why? Because dating from the late 1970s, their principal investment — their bet — has been on the suburbs.

Did they bet on the suburbs because they are wicked? No, of course not. The Dallas suburbs have been one hell of a great investment for almost half a century. But there is something more to it than just money.

The old leadership doesn’t really believe in the city, because they don’t believe in cities. It’s not where they would ever want to be, unless at the top of a heavily guarded high-rise.

I always think of the late Robert Dedman, a real estate tycoon and Citizens Council stalwart, talking to me late one night years ago about the young families who were moving into the M Streets area on the east side of Central Expressway. Those first families were another example of people voting with their feet to create what eventually became an enormously successful neighborhood. Getting the Old Guard out of the way has been a process of pulling teeth.
Brian Maschino
But Dedman, speaking absolutely sincerely, I believe, said to me: “I just don’t understand why such nice young people would want to live in used houses.”

You know, when you have that much of a cultural divide, you want to do what you can to make sure your elected leaders come from your side of the divide. For a number of reasons, that has always been a difficult thing for the new leadership to pull off in Dallas. The numbers weren’t there on election day.

I don’t know how scientific it is yet, but there is a growing sense among the new leadership that 2019 could be the turning point. People have been circulating some unattributed polling supposedly showing that any one of three breakthrough candidates could beat whatever candidate the Citizens Council (sorry) puts up. Those three are Griggs, Kingston and former District 14 City Council member Angela Hunt.

The election is so far away that it’s probably crazy even to try predictions at this point. Anything can happen. For one, there has been chatter of a “third pole” appearing — not the Citizens Council (sorry), not the New Guard but some third group probably associated with school reform. That would be interesting, because nobody can tell yet whose vote that would split.


“I just don’t understand why such nice young people would want to live in used houses.”— Robert Dedman

For now, there is one simple way to organize the whole thing in your head. The mayor’s office still is in the hands of the Old Guard. Theirs is not the direction in which the city is headed or has been headed for several decades now. That’s not because they are wicked. It’s more because they are old.

What would happen if the mayor’s post went to the New Guard? Overnight, a host of forward-looking initiatives would have a cheerleader and coach in the mayor’s office, from building trails to tearing down overpasses, from protecting bike lanes to pushing back cars, from creating natural areas within the city to bolstering the bus system so people can get around the city.

Those are not crazy ideas. Those are things the city actually is accomplishing right now but only because the New Guard has been able to win long, agonizing battles with the Old Guard. What if, instead of always having to overcome the entrenched resistance of the elected leadership at City Hall, the New Guard were the elected leadership? What change would that wreak in the city and maybe in your personal own life?

Would Dallas leap out of the starting gate, free to be free? Oh, probably not, exactly. Like all major American cities, we’re not going anywhere too fast until after we find a way to resolve the problem of the abandoned generational poor, to which I sort of referred above. And that’s a tough one. That’s another reason that third pole may be interesting. We’ll have to see what they have to offer.

But, yes, there will be a certain sense of getting the city squared away finally after all these years, the right people at the helm, people with some sense of the destination. It can’t hurt.

And I’m serious, it might help your fresh fruit last a little longer. The whole business of neighborhood farmers markets, for example, has been like pulling teeth with the Old Guard. They think if farmers start coming into your neighborhood, people will think you’re poor. It’s like the people living in used houses thing. Fuggedaboutit. No translation available.

So, no, it’s not too early to think about 2019 and the mayor’s race. Watch out! I might even get you interested.
KEEP THE DALLAS OBSERVER FREE... Since we started the Dallas Observer, it has been defined as the free, independent voice of Dallas, and we'd like to keep it that way. With local media under siege, it's more important than ever for us to rally support behind funding our local journalism. You can help by participating in our "I Support" program, allowing us to keep offering readers access to our incisive coverage of local news, food and culture with no paywalls.
Make a one-time donation today for as little as $1.