Dallas Is at the Tipping Point; All We Need To Do Is Give it One Good Kick 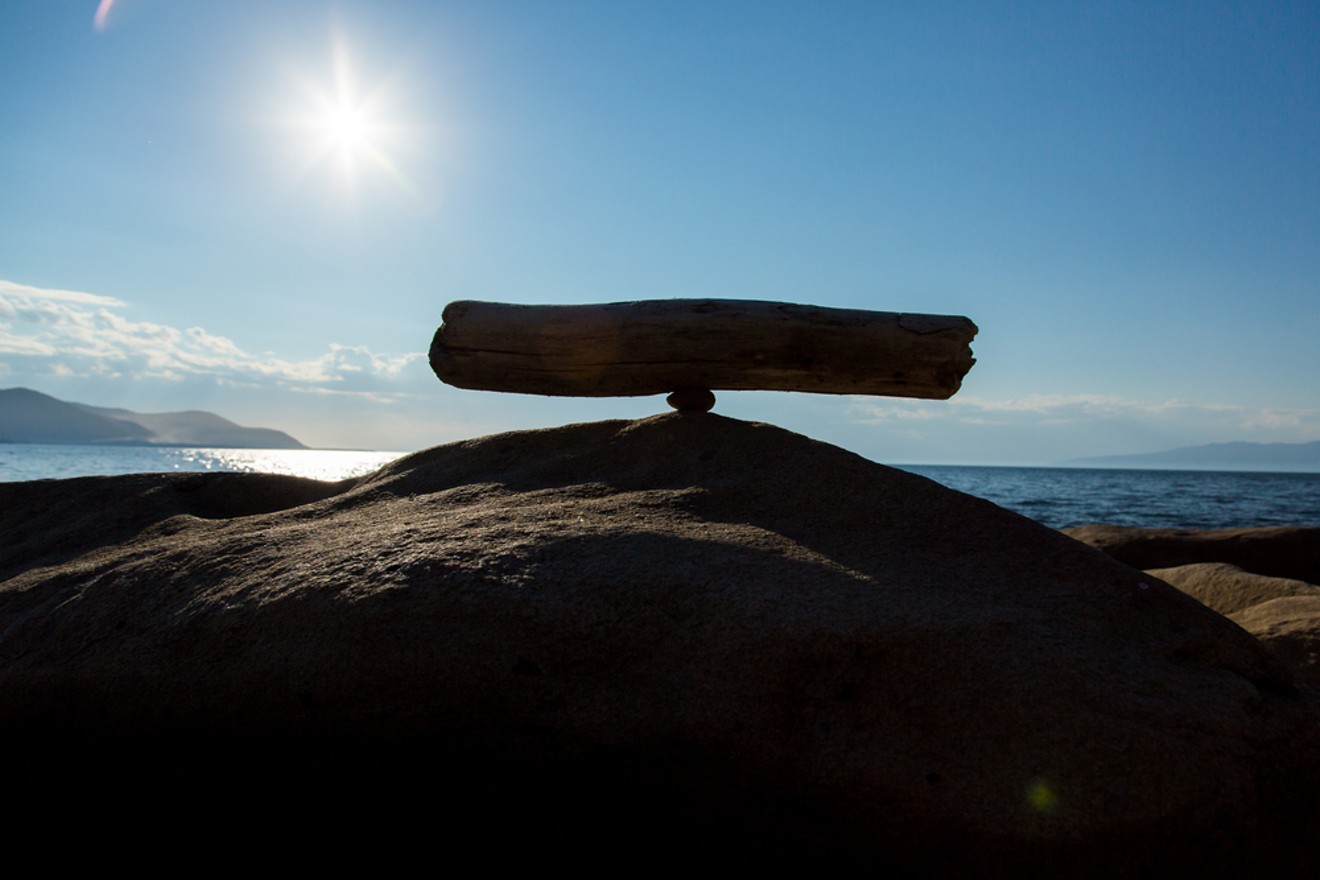 Dallas is at a tipping point between the old regime and the new. Let's kick it on over. Alex Tsarik Shutterstock
Forget all the small-bore stuff like the Trinity toll road, Fair Park and so on. It’s more and more clear that we are at a major crossroads in the city, a place calling for real regime change. Total.

In what we in the print business call a full-page “bleed” — an article that stretches to all four margins of the page — The Dallas Morning News' Friday editorial page called for a full-scale assault on poverty and inequality in the city. The editorial said the paper had “spent the better part of a year analyzing the obstacles keeping our neighbors in poverty poor.”

I work on a different schedule. I spent five minutes. I came up with John Wiley Price.

If you just got to town in the last few days, then you don’t know who I mean. Price, a Dallas County commissioner for almost a third of a century, is the city’s most influential black elected politician. But we should also think of him as the most important elected representative of poor people in the city since his district encompasses the city’s poverty-plagued southern hemisphere.

One way Price has won votes and loyalty over the decades has been by promising economic development and opportunity to his constituents. In April, Price and an aide-de-camp were acquitted of multiple charges of bribery and fraud in a long, locally high-profile federal trial.

During that trial, multiple executives from a company owned by a powerful Dallas family gave testimony, unchallenged by the defense, that they had sought Price’s help sabotaging an enormous economic development project in Price’s district. Interests associated with the Perot family of Dallas said under oath they had sought Price’s help slowing down a shipping and warehousing project that promised 65,000 new jobs.

The Inland Port project is less than alive but far from dead. Why not get it cranking by going after the Alliance Logistics Hub in Fort Worth?
Allen Development Company, LLC
The Perot people told the jury under oath they wanted to hobble the Southern Dallas Logistics Center, sometimes called the Inland Port, because they believed it would hurt their Alliance Global Logistics Hub, near Fort Worth in one of the nation’s fastest growing and most affluent new suburban areas, 35 miles northwest of Price’s district.

Price did what they asked. He opposed the Dallas project’s bid for a free trade zone. He threw a monkey wrench into a key bridge project. He demanded redundant and time-consuming studies. He got the job done. The Inland Port project went into bankruptcy.

The Morning News editorial starts out instead calling for a more concerted effort on the part of local charities. And, believe it or not, I am not anticharity. If there is any way we can get some of the loot back out on the street and spread it around a little, I say go for it.


Issues of poverty need to be viewed as questions of community vitality for the whole city, not just as problems for some distant limb that the rest of the city can’t feel anymore. That’s the path to gangrene.

But here is a key point I think we all need to focus on: Our city is teetering on a fine balance point right now, tipping between the long-established domination of an entrenched old-guard leadership and an emerging new guard. The whole business of tiptoeing around the Price story because somebody doesn’t want to embarrass somebody else is emblematic of the old guard and its old way of doing business.

Take that Inland Port thing, for example. The reason that project was so promising for Southern Dallas was that it was based on Southern Dallas being the geographic bullseye for an immense continental confluence of highways and railroads. That remains true.

The Inland Port project in Southern Dallas is by no means dead. Price and the Perots succeeded in stunning it, but some major warehouse development has continued to take place. Southern Dallas is still too good a location to die.

So here is the way a new-guard initiative might approach the problem: If we are serious about ameliorating poverty in Southern Dallas, why don’t we crank up an entirely new concerted effort on the Inland Port and aim that initiative first at stealing back the advantage from the Perots?

We still have the better location. Why are we not in Austin contesting every nickel of state money now flowing to Alliance in Fort Worth, fighting to get that money for ourselves? Why aren’t we going after potential clients now doing business at Alliance to persuade them their money will be better invested here? The Perots stole a march on us, but that didn’t mean we had to give them the war.

There are entire census tracts in this city where almost nobody has a job, ever. Sometimes termed “discouraged workers” in the parlance of federal labor statistics, they are discouraged for a reason: They know they can never get a break.

Take a look at this graphic produced by Dallas' department of economic development showing where people who have jobs live in Dallas. Do you see the yellow area reaching up from far southern Dallas into northwest Dallas? Those are areas where very few people have jobs. That’s Discourageville.

The yellow areas are Discourageville, where almost nobody has a job.
Dallas Economic Development
Surprise, surprise — if you look at the GIFs the Observer published 16 months ago illustrating poverty in the city, you will see that Discourageville coincides with the city’s deepest poverty. Of course. What drives poverty? Despair. What really solves poverty? Work. A job. A leg up. Hope.

I have a feeling the people on the Morning News editorial staff would not necessarily disagree with what I’m about to say, yet I still can’t imagine them saying it: What about getting ex-cons back to work? If we want to do something serious about poverty, why don’t we do something serious about providing a way out of it for the people caught deepest in the trap? Maybe if we stopped thinking so much about who deserves help, we might discover that hope counts more than help.

The Morning News calls for more affordable housing. That’s a tough one because, over time, nobody can afford any house without some job. On a related issue, it calls for reforming DART, the regional mass transit agency, to better help people get from their homes to employment centers.

The News wants DART to spend less money on new, unneeded rail lines that serve only as amenities for suburban real estate developers and spend more money instead on buses to get people to work. The News is spot on about that. The problem is that reforming DART is an absolute fool’s errand.

Dallas allowed DART to sell its soul to the suburbs decades ago. What Dallas needs to do now is pull out. At least we should take back the bulk of the $273 million a year the city contributes to DART in sales tax. Maybe we allow DART to continue operating its amusement park rail lines in the ’burbs, but we should spend most of the city’s transit money building a serious bus system.

Look. The old guard still spends its time tiptoeing around tough issues when it isn’t actively slipping a knife in somebody’s back. The new guard needs to go after these problems head on and hard.

Issues of poverty need to be viewed as questions of community vitality for the whole city, not just as problems for some distant limb that the rest of the city can’t feel anymore. That’s the path to gangrene.

We will all be better off when we are all making money to meet our needs, when we are all showing respect to one another. But for that to happen, we need to push that delicate balance of leadership all the way over to the new. The old is never going to get it done, and did I mention? Watch your back.