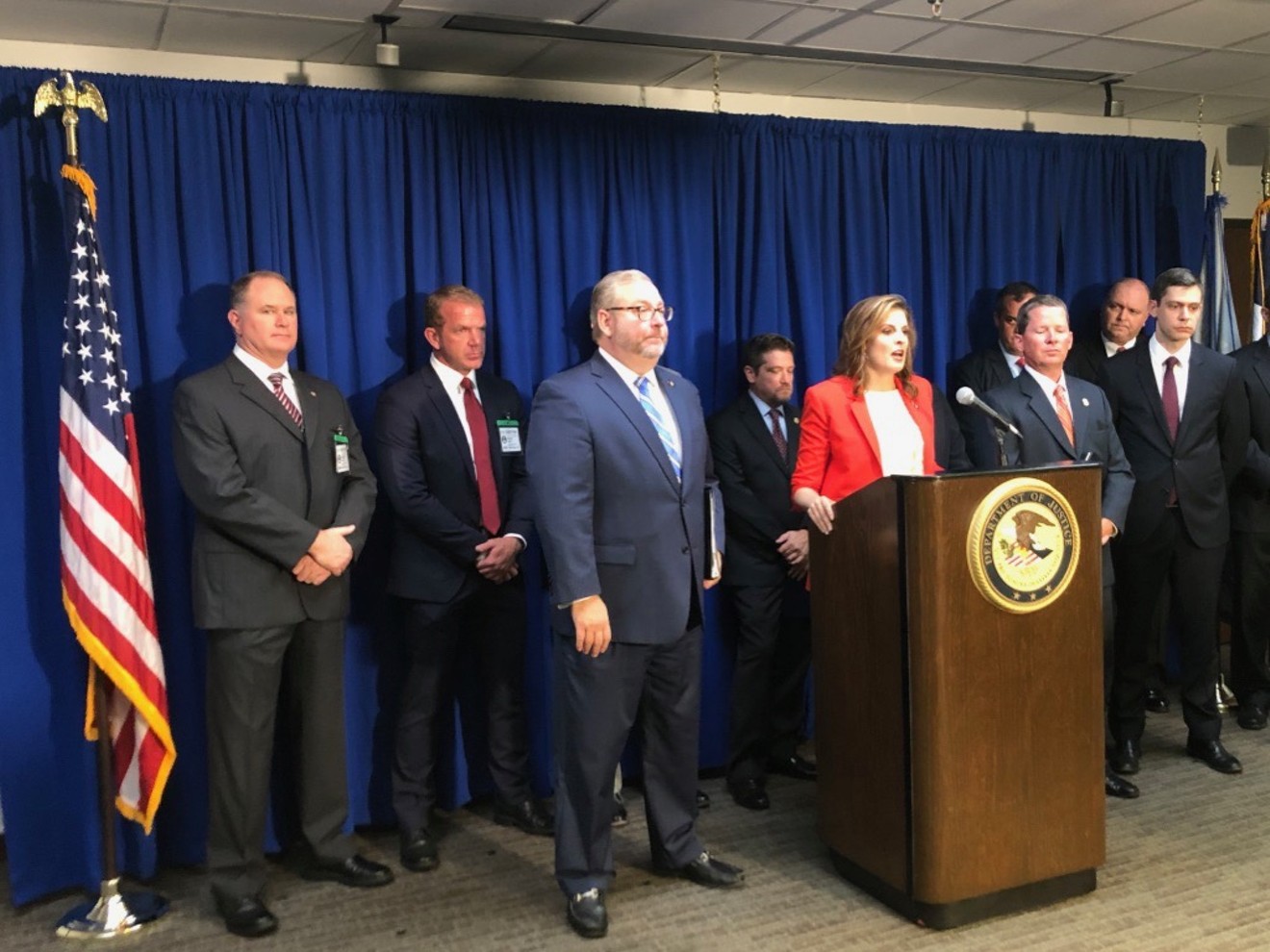 The U.S. Department of Justice announced Wednesday that it has charged 58 Texans as part of an interagency crackdown on illegal opioid distribution and insurance fraud.

The “strike force operation” resulted in 21 cases, including one against a Dallas medical device company that allegedly made millions of dollars in false Medicare claims and a scheme involving Fort Worth pharmacies that are accused of defrauding Tricare, the military’s insurance plan.

In total, the schemes cost taxpayers and insurance companies $66 million and resulted in the illegal distribution of 6.2 million pills.

“These days, more than ever, we cannot allow the health care industry to become bloated by fraud and deceit,” she said.

The prosecutions were the product of a partnership between federal investigators in Texas and Washington. They used data to identify fraudulent insurance claims and root out “pill mills” that have fueled the national opioid epidemic.

In 2017, nearly 1,500 people died in Texas after overdosing on opioids, according to the National Institute on Drug Abuse, an epidemic that the state's Department of Health and Human Services has declared a public health emergency.

“These days, more than ever, we cannot allow the health care industry to become bloated by fraud and deceit.” — Erin Nealy Cox


Texas is in the spotlight, said Brian Benczkowski, the assistant attorney general appointed by the Republican Senate last year to run the Department of Justice’s criminal investigations.

“The data that we have in our possession tells us that Texas is a place where we need to dedicate our scarce resources. We’re going to be here as long as we need to be,” he said.

Benczkowski emphasized that the department is using this data to bring cases to trial faster. He said the additional resources being brought to Texas will help counter the increased sophistication of perpetrators.

In the case of the Dallas medical device company Bioflex, executives bought lists of Social Security numbers and used them to file over $6 million in fake workers' compensation claims. Prosecutors filed sealed charges against the company’s CEO and COO, Michael Braddick and Kyle Hermesch, in early August.

In another case, Wise County physician Brian Carpenter and Jerry Hawrylak are accused of billing Tricare for $8 million in fraudulent prescriptions. Some patients never received their medications, others received vitamins or protein powder, authorities said. That case was filed last Wednesday.

But many of the cases announced at the press conference were not new. They included a $158 million kickback scheme that was first announced in a press release in 2017, as well as a case filed last year against a Dallas nursing care company that allegedly forged physicians’ signatures using a stamp to gain nearly $500,000 in fraudulent medicare payments.

The latter case was included in an announcement of the "Largest Health Care Fraud Enforcement Action in Department of Justice History" by then-Attorney General Jeff Sessions.

A spokesperson for the Department of Justice wrote that the cases were “all part of the same coordinated health care strike force operation.”

The operation is ongoing, she noted. An arrest in one case was made early Wednesday morning.
KEEP THE DALLAS OBSERVER FREE... Since we started the Dallas Observer, it has been defined as the free, independent voice of Dallas, and we'd like to keep it that way. With local media under siege, it's more important than ever for us to rally support behind funding our local journalism. You can help by participating in our "I Support" program, allowing us to keep offering readers access to our incisive coverage of local news, food and culture with no paywalls.
Make a one-time donation today for as little as $1.