What Happens When You Buy Green Energy? 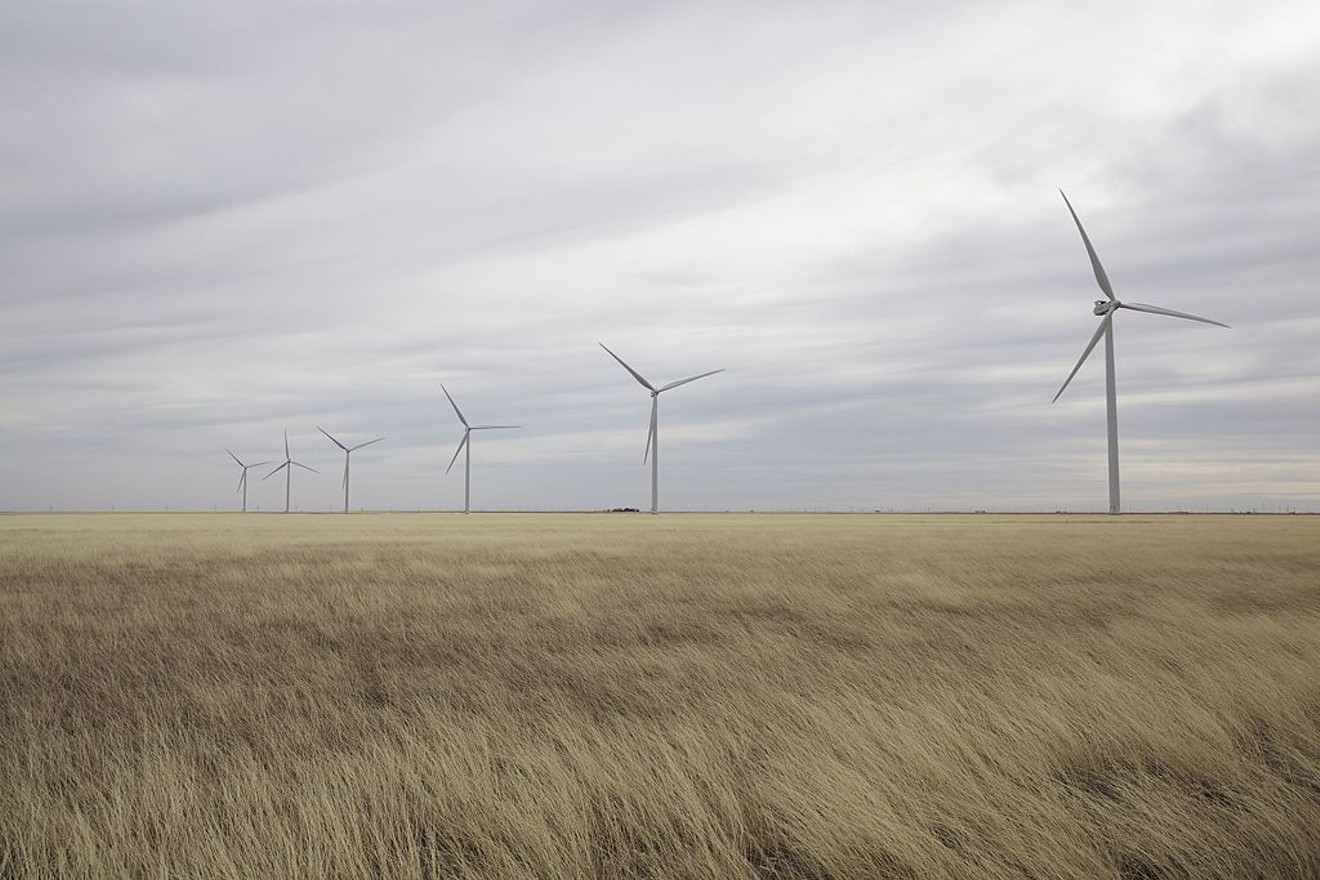 Wind turbines in South Texas Wiki Commons
A few years ago, Dallas resident Adam Evans signed up for a 100% renewable energy plan in his home. This is an option available to Dallas residents who can select completely or partially green energy sources for their electricity.

Evans worries about the United States' fossil fuel usage, and he and his family recycle and conserve water. This was another way to look out for the environment.

“I do know that in Texas were going to burn coal until we’re made not to,” Evans said.

But how exactly can energy companies send one kind of power to one home and not to another? Well the easy answer is, they can’t. Instead, when you sign up for green energy in Dallas, what makes it into your home to power your television and microwave is exactly the same as what goes to your neighbor's — a mishmash of all the energy sources in the Texas electrical grid at the time.

Evans is an engineer, so he didn’t really expect special energy to be piped into his house. Realistically, that would be impossible, at least right now.

“I would be disappointed if you told me that the way I described it was completely off base,” he said.

Each year, when it comes time to renew his home electricity plan, Evans shops for the cheapest option on the Power to Choose website, which lets consumers compare energy plans and prices. This year he selected Chariot Energy, a Houston-based energy company.

Through the Electric Reliability Council of Texas, Chariot purchases energy credits from energy producers in the state. Energy producers must register with the Texas Public Utilities Commission to be certified as renewable energy generators, according to Don Tucker, the council's manager of settlement and metering. Companies producing wind, solar, hydro power, natural gas from landfill decomposition or energy from biodegradable materials can be considered for renewable energy credits status. The council evaluates these companies and decides what percentage of their energy production qualifies as renewable.

After they are certified, energy generators register with the council, which has been appointed by the utilities commission as the manager of the renewable energy credit trading program. Energy providers also register with the council, and after that can enter into contracts with energy producers to purchase renewable energy credits directly from them.

The council tracks credits, which are reported to them by companies and on-site monitors. The council then certifies and awards the credits to the energy generators so that those companies can then sell them to energy providers. After that provider has used up the credit, it is considered retired and cannot be used elsewhere in the system, Tucker said.

Evans, who works for a water engineering consulting firm, says that in Dallas, for example, when one of the city’s three water facilities reaches 75% of its permitted capacity, it’s required to start making plans to expand. When it reaches 90% capacity, the facility has to begin the expansion work. Evans says he hopes there’s a similar system in place for energy production.

What happens if Evans buys more green energy than there are available credits in the system? he wonders.

Although Texas is rapidly expanding the amount of renewable energy it produces, Tucker said he’s not aware of an explicit requirement to expand renewable energy production as demand goes up.

According to the Texas Public Utilities Commission, the renewable energy credits are an indication of a competitive marketplace.

"In a competitive market like the one that powers Texas, the government cannot compel generators to build additional capacity," said the utilities commission's spokesman, Andrew Barlow, in an email.

But, Tucker said, the Texas energy grid does have a tremendous capacity. Unless every energy consumer in Texas switched over tomorrow, it would be unlikely that demand could exceed production.
KEEP THE DALLAS OBSERVER FREE... Since we started the Dallas Observer, it has been defined as the free, independent voice of Dallas, and we'd like to keep it that way. With local media under siege, it's more important than ever for us to rally support behind funding our local journalism. You can help by participating in our "I Support" program, allowing us to keep offering readers access to our incisive coverage of local news, food and culture with no paywalls.
Make a one-time donation today for as little as $1.