As One Closes, Another Opens: Say So Long to Capitol Pub and Ready for Lochland’s 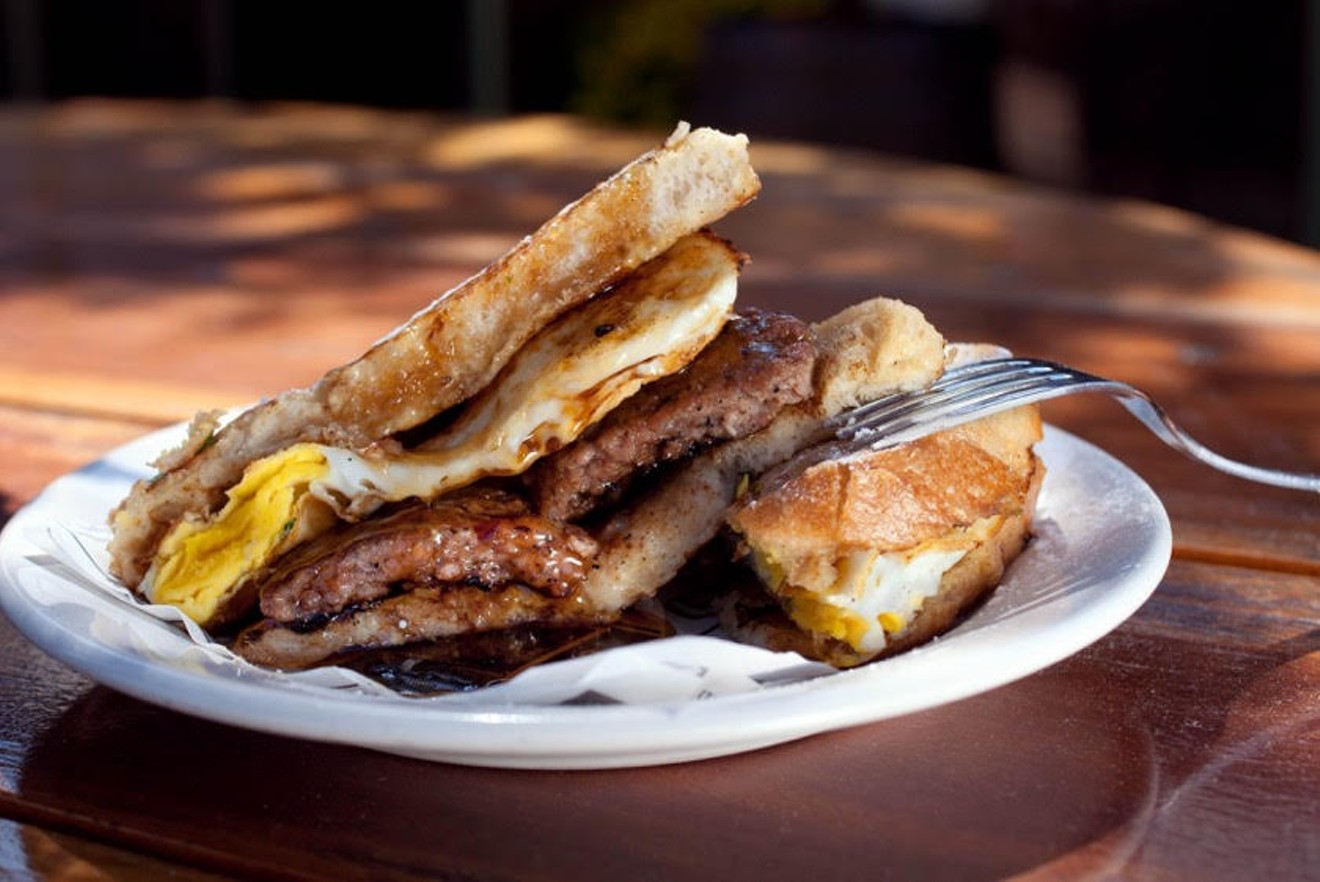 The hangover sandwich: French toast, Jimmy’s sausage and a fried egg Kathy Tran
You have until the end of the year to take in Capitol Pub on Henderson Avenue in East Dallas.

Owners Cheryl and Peter Kenny have announced they’ll close the spot at the end of 2019. But with that, they’re also opening up a new place, Lochland’s Food and Spirits, come January.

The best part is they’re going to Lake Highlands, an area where residents say again and again, “We need restaurants!”

The Kennys saw that.

“We find it so underserved,” Peter says. “When you’re over there, you have to take a trip around the lake. There are some restaurants, but not a lot.”

The Henderson closure is at the point many restaurants are when making this move: the end of a lease.

“We’ve been here 12 years; we’ve loved it on Henderson Avenue, we have great regulars, no complaints on everything,” Peter says. “We’ve just come toward the end of our lease, we thought, 'Are we going to re-sign, stay here again?' And we have come on to something new.”

That something new won’t require a lease, though. In an industry where restaurant owners are pouring their profits to landlords, owning the actual property where you’re doing business really does change things.

“When you’re paying $50K in rent and taxes, you’re going, 'What am I doing?'” Peter says. “I didn’t have the opportunity 10, 15 years ago, and I’m never going to get the opportunity on Henderson or Greenville,” he says, pointing to the bigger property owners who hold the deeds there.

“That was the reason: It’s hard when you always lease buildings. I understand it’s the economics, the way things are going to go up as time goes on. We figure if we can buy the property, we can start paying the mortgage, we just felt more comfortable.”

They purchased the spot at East Lake Highlands Drive and East Northwest Highway after looking for quite a while. The former veterinary hospital spot has been in renovations since they bought it nearly a year ago, Peter says. They’re nearly done with hopes to open in January.

“It’s going to be a mix of what Capitol is, what Gin Mill was, Dubliner on Greenville,” he says. “We plan on definitely a lot of brunches on Saturday and Sunday, probably about a dozen-plus beers on draft then, have a little cocktail menu, good patio space.”

Peter, who was born and raised in Ireland, still has the Dubliner with his wife.

Lochland’s Food and Spirits, 8518 Plano Road (Lake Highlands). Planned to open January 2020.
KEEP THE DALLAS OBSERVER FREE... Since we started the Dallas Observer, it has been defined as the free, independent voice of Dallas, and we'd like to keep it that way. With local media under siege, it's more important than ever for us to rally support behind funding our local journalism. You can help by participating in our "I Support" program, allowing us to keep offering readers access to our incisive coverage of local news, food and culture with no paywalls.
Make a one-time donation today for as little as $1.