R&B's Cheeseburger Bao Is Fusion Food At Its Best 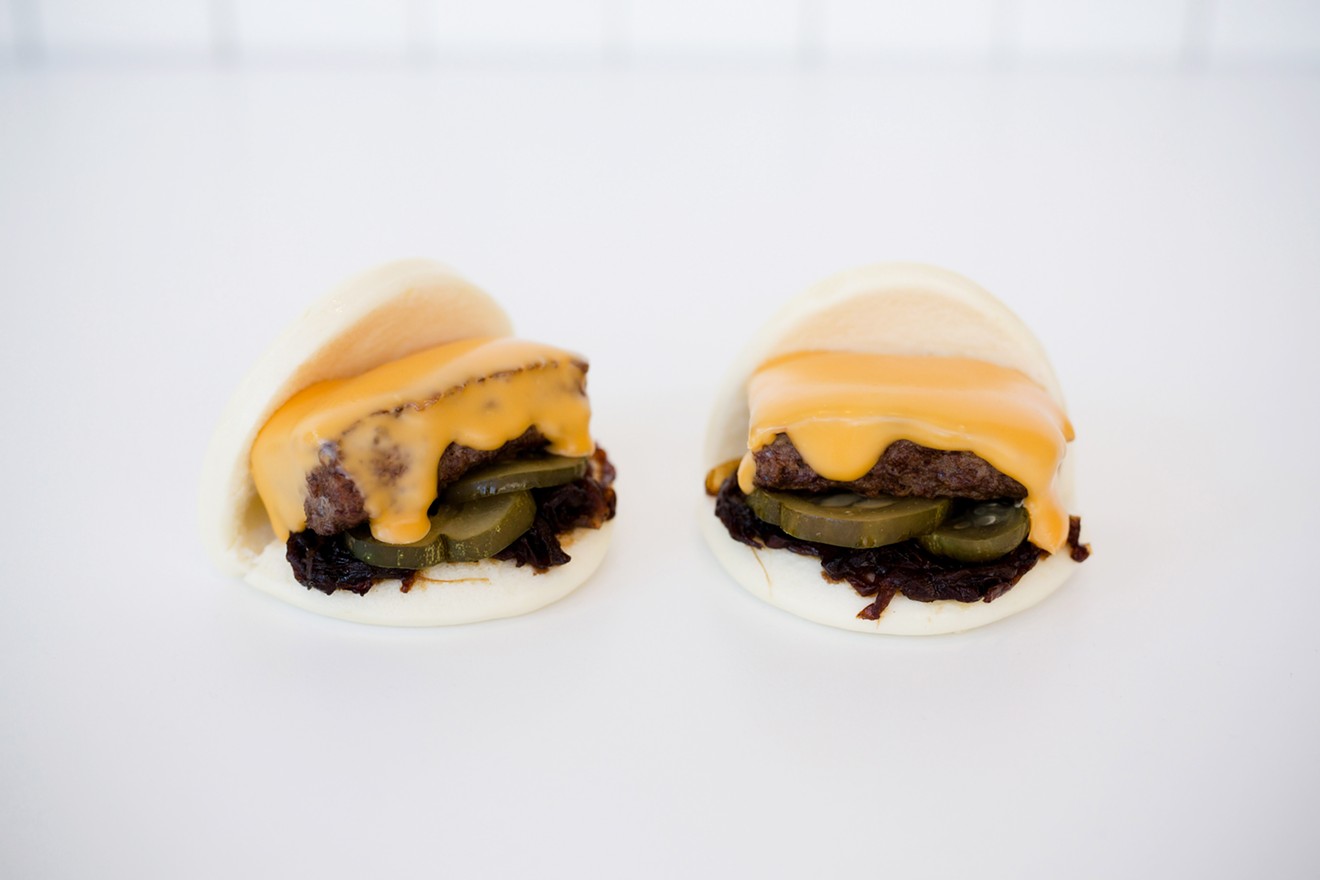 For a handful of bucks, the Cheesebao-ger with onion jam, American cheese and bread & butter pickles courtesy R&B
At 3:15 p.m. on a weekday, R&B is polished-clean and empty. It won’t be long. It’s a brief breath of air before the plunge: over the weekend, the night crew will sear oblong beef patties until 4 a.m. The first late-night service went fine. A surge of Dallasites showed up after bar close, and at some point, a wedding party crashed into the joint. Today, in the calm and empty Statler restaurant, R&B's daytime cook wraps an apron around her black shirt. The only sounds are Al Green’s “Love and Happiness” and the hiss of the griddle that follows an order of the Cheesebao-ger.

These days, it’s the little things that lift us out of the dark places. A real trompo taco, for example, or soup dumpling so juicy, they feel like a bolt of light in the darkness. An expertly seared beef patty — one that’s got the salty crackle-break of crust under velvety American cheese — can lift a dreary soul right out of the endless fog. That’s where you’ll find the tiny bao sandwiches at R&B. They are perfect sandwiches. They are cheeseburgers set in clouds.

R&B hand-forms the grind daily to fit neatly in the bao buns, griddling them until a blackened crust forms on each side. American cheese melts into a smooth blanket, and there’s a foundation of darkened, salty-sweet onion jam. Two pickle coins, each tasting like recently morphed cucumbers, are bright and fresh. It’s all set in those cloud-white buns, and for $4.50, you’re eating a tiny sandwich that carries a big dose of happiness. 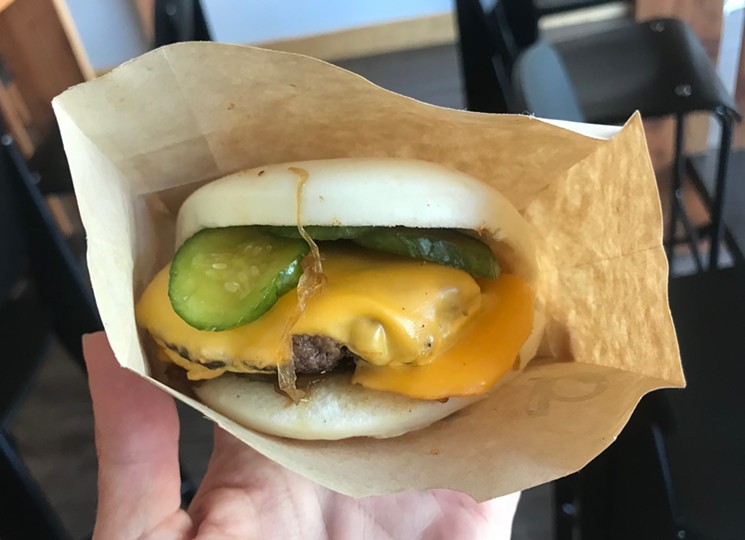 This tiny burger leaves a big impression.
Beth Rankin
Is a cheeseburger bao “authentic,” at least in terms of bao? Last year, Sumo Shack chef Dien Nguyen told us that “mixed reviews” arose after he launched his own cheeseburger bao topped with crumbled bacon in a childhood-memory-stirring homage to Bacos. Does “authentic” matter?

Chef Angela Hernandez, who pilots the R&B kitchen at the Statler (alongside the recently-opened Fine China), doesn’t care about the definition of the word in this case.

“We’re smashing two cultures together doing a bao and a ramen,” Hernandez says. "The way I feel about stuff like that in general is, this is America. We’re one big melting pot as it is.”


They are cheeseburgers set in clouds.

The oblong beef patty is seasoned simply with salt and pepper. By the time you note the seasonings, the bao burger is gone. You’ll want another. Maybe a dozen more. If you stack them neatly, how many could you fit in your car? Not asking for a friend—it's for me.

American cheese, maligned as it is, does its creamy job. Fresh pickles do the same. The best foods don’t care about your approval; they are what they are.

They’re exploring, too, Hernandez says, on the future of what a bao can do. You may or may not find a double bacon cheeseburger bao on the menu soon. There is a Wagyu pastrami bao on the menu now. The weekend foot traffic may surge this weekend, or it may not.

“I don’t know what to expect,” she says. “As long as it tastes good, that’s all I really care about.”

R&B at the Statler, 1914 Commerce St. (Downtown). Open 11 a.m. to 5 p.m. Monday through Saturday and 9 p.m. to 4 a.m. Friday and Saturday.
KEEP THE DALLAS OBSERVER FREE... Since we started the Dallas Observer, it has been defined as the free, independent voice of Dallas, and we'd like to keep it that way. With local media under siege, it's more important than ever for us to rally support behind funding our local journalism. You can help by participating in our "I Support" program, allowing us to keep offering readers access to our incisive coverage of local news, food and culture with no paywalls.
Make a one-time donation today for as little as $1.
Nick Rallo
Contact: Nick Rallo