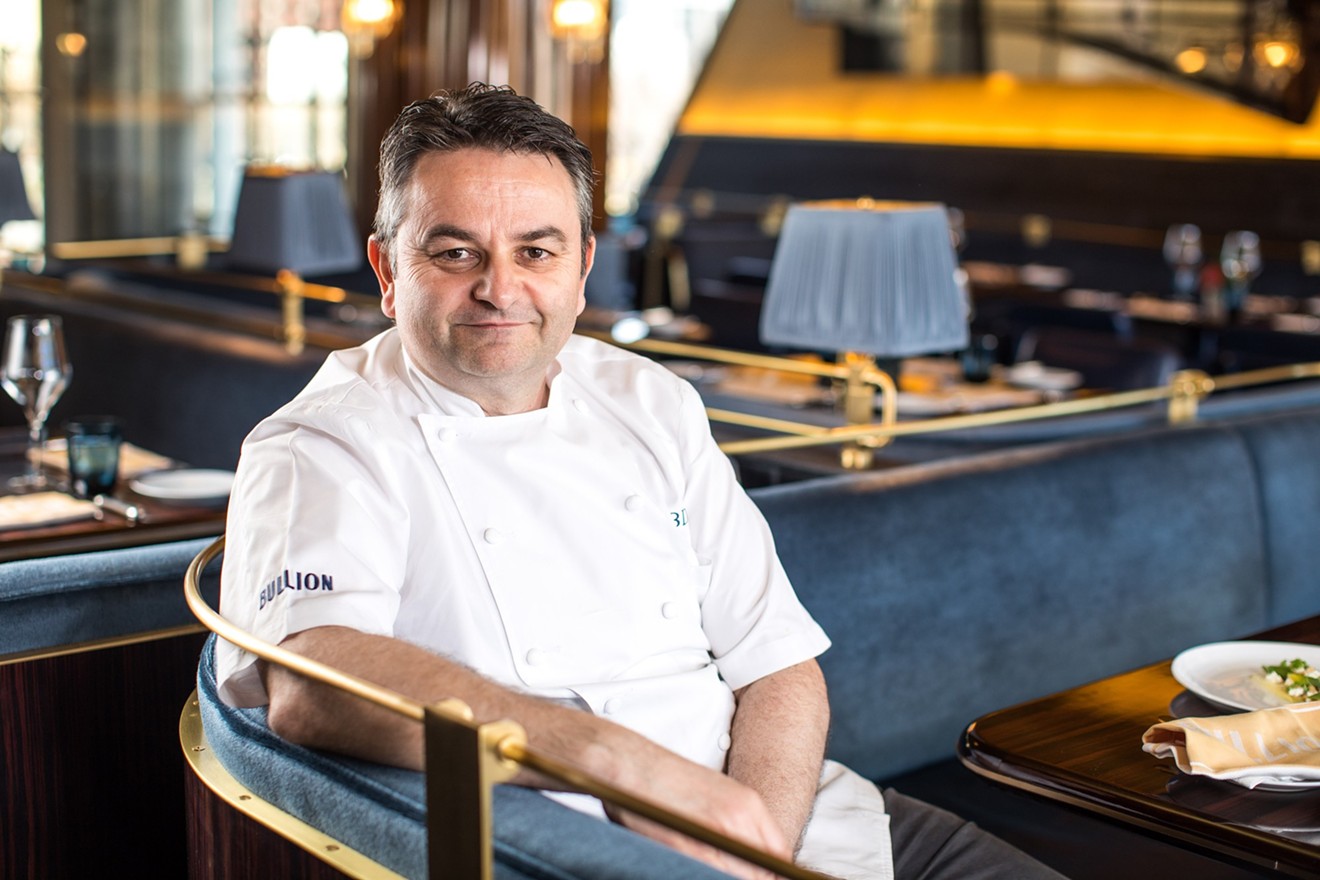 “When I first opened Bullion more than two years ago with the Labora Group, Bullion became a leader in paving the path for Dallas’ booming culinary scene,” Davaillon says in a release. “I am so thrilled to see the variety and caliber of restaurants opening in the community that are also helping to put Dallas on the map as one of the top dining cities in America. I’m looking forward to this new role, which allows me to go back to my first passion of creating and innovating with food.”

Davaillon was the founding chef of the restaurant that spent millions on opening and gave Dallas a restaurant many of us love.

A lot is riding on Bullion. For its owners, the Hartland-Mackie family, the restaurant is intended as a national symbol of their good taste. For Davaillon, it’s a return to Dallas cooking after years away. For some of his subordinates, Bullion was worth moving from other time zones or continents. And some rather overeager Dallas food writers have been heaping burdensome expectations on the restaurant, hoping that Bullion by itself can lead the entire city to international culinary prominence.

It can’t. No lone restaurant can accomplish such a feat, and to demand that of Bullion is unfair. It’s best to reduce expectations to a manageable, practical level, to expect a very good special-occasion restaurant that synthesizes French cooking’s new school with old money. Rather than miracles, expect a combination of good taste and excess and an overall charming, elegant night out.

Once the hype settles down and the early disappointments are resolved, head to 400 Record St., find the glass tube under the gleaming gold bar, open the door and ascend into the spaceship. Bullion is worth the wait.


Davaillon’s new role is to provide “inspiration and vision for Bullion’s continued success,” according to the release.

The Dallas Morning News broke the story earlier this morning, also noting Victor Rojas has departed as the general manager of the French Room. (Disclosure: I’m working with Rojas on another project.)

“It’s an honor to have the opportunity to work alongside such a talented chef as Bruno,” Cotton says. “As I take on the day-to-day operations, I am looking forward to further immersing myself with the Bullion team and continuing on our vision. I have enjoyed watching Chef Bruno in the kitchen, and I am excited to continue working with him in his new role.”

This change will not affect the fact that I’ll still pick this spot as the happy hour meeting place, but it will be interesting to see how new leadership, and the wait for it, affects the downtown restaurant.

Bullion, 400 S. Record St. (downtown)
KEEP THE DALLAS OBSERVER FREE... Since we started the Dallas Observer, it has been defined as the free, independent voice of Dallas, and we'd like to keep it that way. With local media under siege, it's more important than ever for us to rally support behind funding our local journalism. You can help by participating in our "I Support" program, allowing us to keep offering readers access to our incisive coverage of local news, food and culture with no paywalls.
Make a one-time donation today for as little as $1.