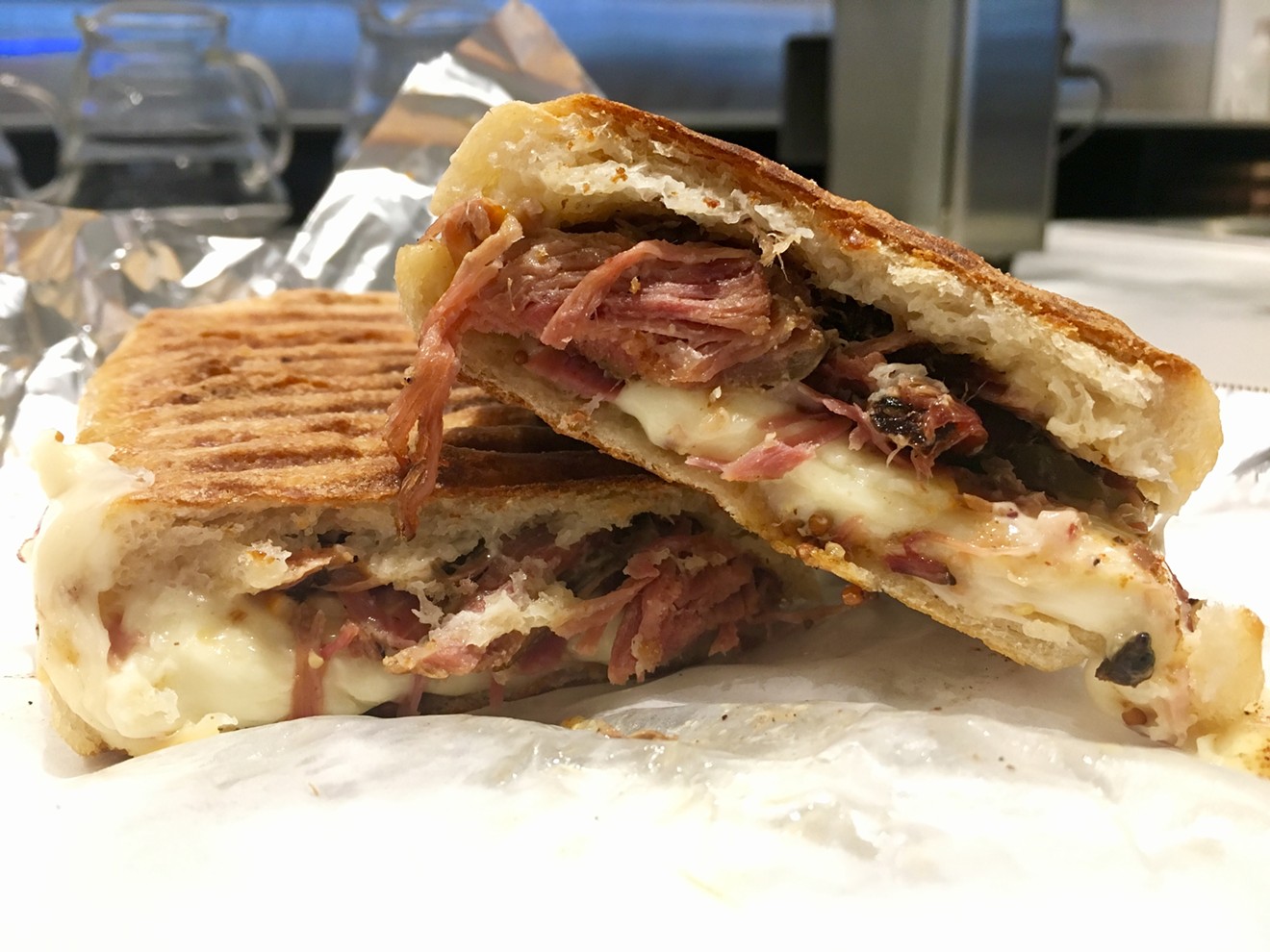 A tiny metal arm, situated directly over the coffee grind, whirls and dispenses liquid in a quiet rush that doubles as a good hypnosis act from a robot. Belly up to the counter, made of intimidatingly fancy laundry-white stone, in a daze watching the machine work, and you’ll wonder if the contraption is part of a new breed of coffee A.I. that will put human baristas out of work.

This particular automation that’s making coffee at Civil Pour is a Poursteady, a precisely automatic coffee system designed by robotics engineers. It takes care of everything, eliminating human error with precision pours and the space-travel-exact amount of water. It’s available for the same price as a 2014 Ford Fiesta.

The machines at Civil Pour are so efficient, so sleekly designed, that you may miss the best thing about the joint right now: the blood-and-guts humans who put weight onto the handle of the panini press for your ridiculously crunchy sandwich. Behind the dormant Transformers that make expert coffee, one barista leans onto the handle of the sandwich press. It’s a quiet weekday. After a nice brush of oil, the press embossed the sandwich bread with deep, blackened lines and brittle-thin crunch. It’s about to become one of the best sandwiches in the city right now. 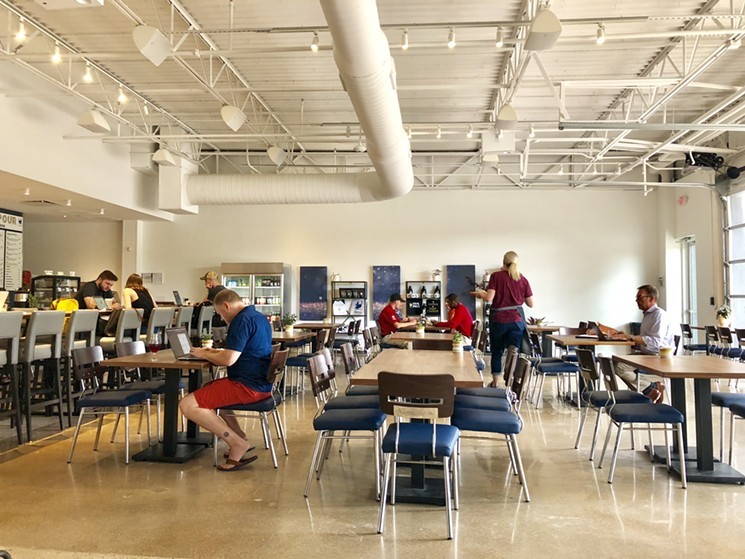 The interior at Civil Pour
Taylor Adams
Their Cuban, which is executed using a machine that's older than computers, is a fast contender for one of the best sandwiches. It's a hot and delicious Texas spin on a classic. Civil Pour may have methods of machine automation, but this, with its smoky pulled pork and stretchy, milk-white cheese, tastes like it was made at home by someone who knows what they’re doing.

It was over a month ago when Chad and Nellie Montgomery opened their minimalist coffee joint off of Walnut Hill. Their Cuban is a home run of a sandwich; Civil Pour stacks it with Pecan Lodge pulled pork, which lacquers the bread with a silky oil, and creamy, stretchy Muenster cheese. The whole grain mustard seeds snap, near fizzling like Pop Rocks, against Tasso ham. Pickles are the way you want them — cut down as close as an old barbershop shave.

Pecan Lodge's smoky pulled pork is a rich dimension that the Cuban didn’t know it needed. It also has mayonnaise, which knocks it out of the running for most authentic.

No matter. I felt the urge to wheel around in my chair, denounce coffee robots in protest of runaway artificial intelligence, then shower their homemade Cubans from the sky like the Joker throws money in Batman. Their griddled bread is impossible not to enjoy — it’s branded by the grooves of the panini press and crackles like a vinyl record when you take a bite. It shows up fast and wrapped in foil for a well-worth-it $11. Don’t get lost in the rise of the machines hyperbole: A.I. doesn’t make a better sandwich than a person. At least, not yet.

Civil Pour, 8061 Walnut Hill Lane
KEEP THE DALLAS OBSERVER FREE... Since we started the Dallas Observer, it has been defined as the free, independent voice of Dallas, and we'd like to keep it that way. With local media under siege, it's more important than ever for us to rally support behind funding our local journalism. You can help by participating in our "I Support" program, allowing us to keep offering readers access to our incisive coverage of local news, food and culture with no paywalls.
Make a one-time donation today for as little as $1.
Nick Rallo
Contact: Nick Rallo