Highland Park Soda Fountain Space to Get A Second Life; Plus Other New Restaurants Announced 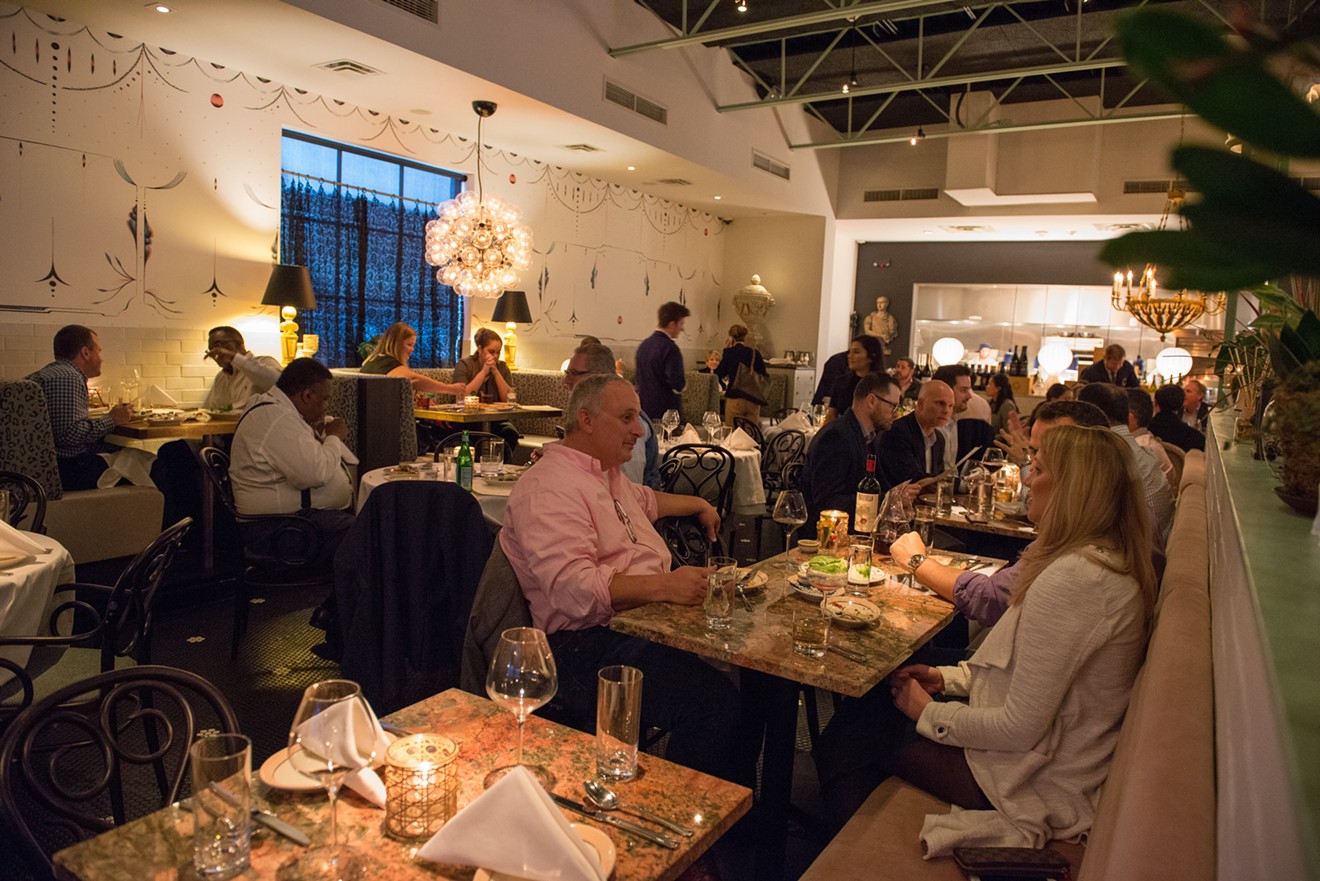 The same group that manages The Charles, shown here, is opening several more concepts this year. Alison McLean
Good news for fans of the iconic Highland Park Soda Fountain, which closed in 2018. Well, maybe.  The space is being taken over by Duro Hospitality, the restaurant group behind other high-end spots The Charles and Sister.

In a press release from Duro, the firm said it plans to open three restaurants this year including a three-room hotel and a café market adjacent to Sister on Lower Greenville. The acquisition of the Highland Park Soda Fountain will also see the historic location turned into a restaurant set to open in fall 2022.

Founded in 2020, Duro is a hospitality firm specializing in operations, development and design focused on restaurants, bars, hotels, and multi-family projects.

Highland Park Soda Fountain was a staple on the corner of Knox and Travis streets since 1912, first as a pharmacy and then as a soda fountain. It closed in September 2018, having been swept up in a series of construction projects that transformed the neighborhood.

They're not saying what kind of restaurant will go into the old soda fountain space, but a spokesperson with Duro says as part of the redesign the main façade facing Knox and facing Travis will be preserved and enhanced.

First is Café Duro will be adjacent to Sister on Greenville Avenue. Café Duro will serve as a café and market offering coffee, wine, house-made pasta, precut meats, charcuterie, cheese, pastries, paninis, home goods and more. It’s scheduled to open within the next few months.

Above Sister and Café Duro will be Casa Duro, a three-room apartment available for long and short-term rentals, where guests can experience perhaps the smallest hotel in Dallas. Each of the three rooms has been fully renovated, completely furnished and comes with a kitchen.

Finally, another yet-to-be-named restaurant will be coming to Cole Street and Riverfront Boulevard in the Design District, not far from Town Hearth, in mid-2022. More information about the space will be shared in the coming months but a spokesperson with Duro told the Observer that the restaurant will have “the same DNA as The Charles but will not be Italian.”

“We’re so fortunate to be able to do what we love while bringing a unique vision to the market, and couldn’t be more excited to expand in Dallas,” Martin said.
KEEP THE DALLAS OBSERVER FREE... Since we started the Dallas Observer, it has been defined as the free, independent voice of Dallas, and we'd like to keep it that way. With local media under siege, it's more important than ever for us to rally support behind funding our local journalism. You can help by participating in our "I Support" program, allowing us to keep offering readers access to our incisive coverage of local news, food and culture with no paywalls.
Make a one-time donation today for as little as $1.