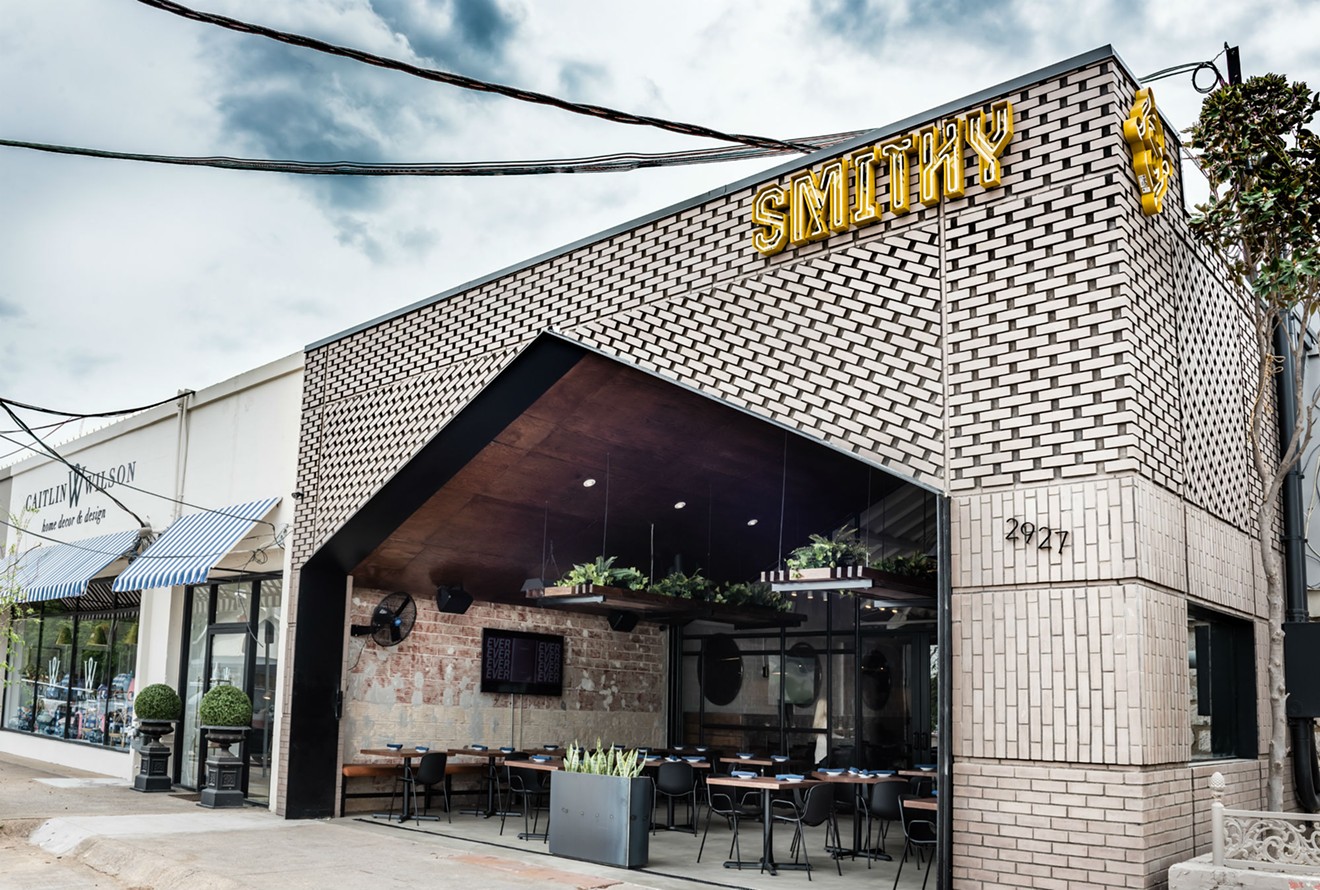 What is Smithy, exactly? Much like just about every restaurant opening right now, its mission statement is ambiguous but filled with trendy buzzwords like "shareable," "crafted" and "progressive." Its name comes from "the short English name of Blacksmith," according to the press release, because "the original use of the current space was Henry Potter’s Ironwork shop. A well-regarded blacksmith, his work can be seen today in Dallas public schools built in the '50s, SMU campus and several Highland Park homes."

"Opened for dinner with lunch and brunch planned for the near future, Chef Ronald Von Hatten defines his offerings as shared plates, and unique eats. The menu flirts with global influences but ingredients you will know. Co-owner Brandon Luke says, 'Influences such as Asian, French, Mexican and American will keep you guessing on what to order or share. Our menu keeps guest favorites but rotates seasonal items three times a year. This allows us to keep our offerings interesting and follow trends during the year.” 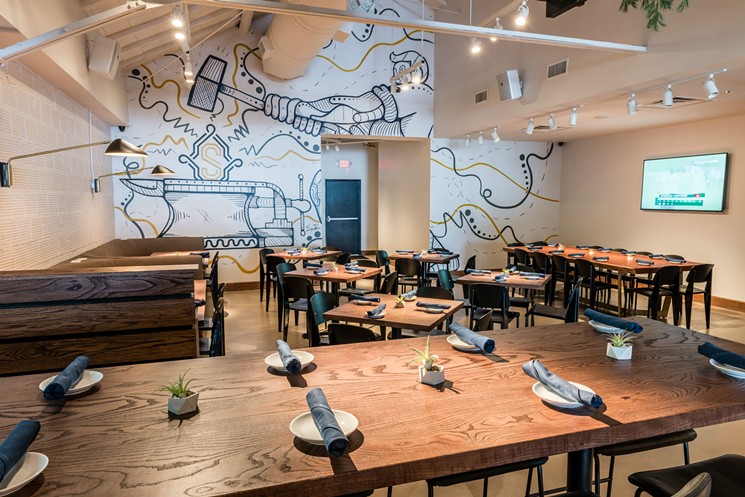 The interior at Smithy.
courtesy Ben Gibson
The menu runs the gamut: poutine, smoked salmon pizza, crab nachos, soba, burgers, hand-cut steak. It seems to lack a sense of place or identity, but Smithy's ownership (Hatten Luke Hospitality Group, led by brothers Brandon and Blakely Luke and Von Hatten) has time to work those things out.

The cocktail menu is described as "a progressive and spirit-forward approach using local ingredients, classic standards and a culinary touch" with beers "hand-selected" from local breweries. The space is appropriately trendy, with matte black steel bar, "copper hints" and the patio Dallasites seek out en masse.

The bar and restaurant is open for dinner and drinks every day but Sunday and plans to add weekend brunch in May.