Chili's to Debut New Chili Based on 1975 Chili Recipe Served at Original Chili's (Got That?) 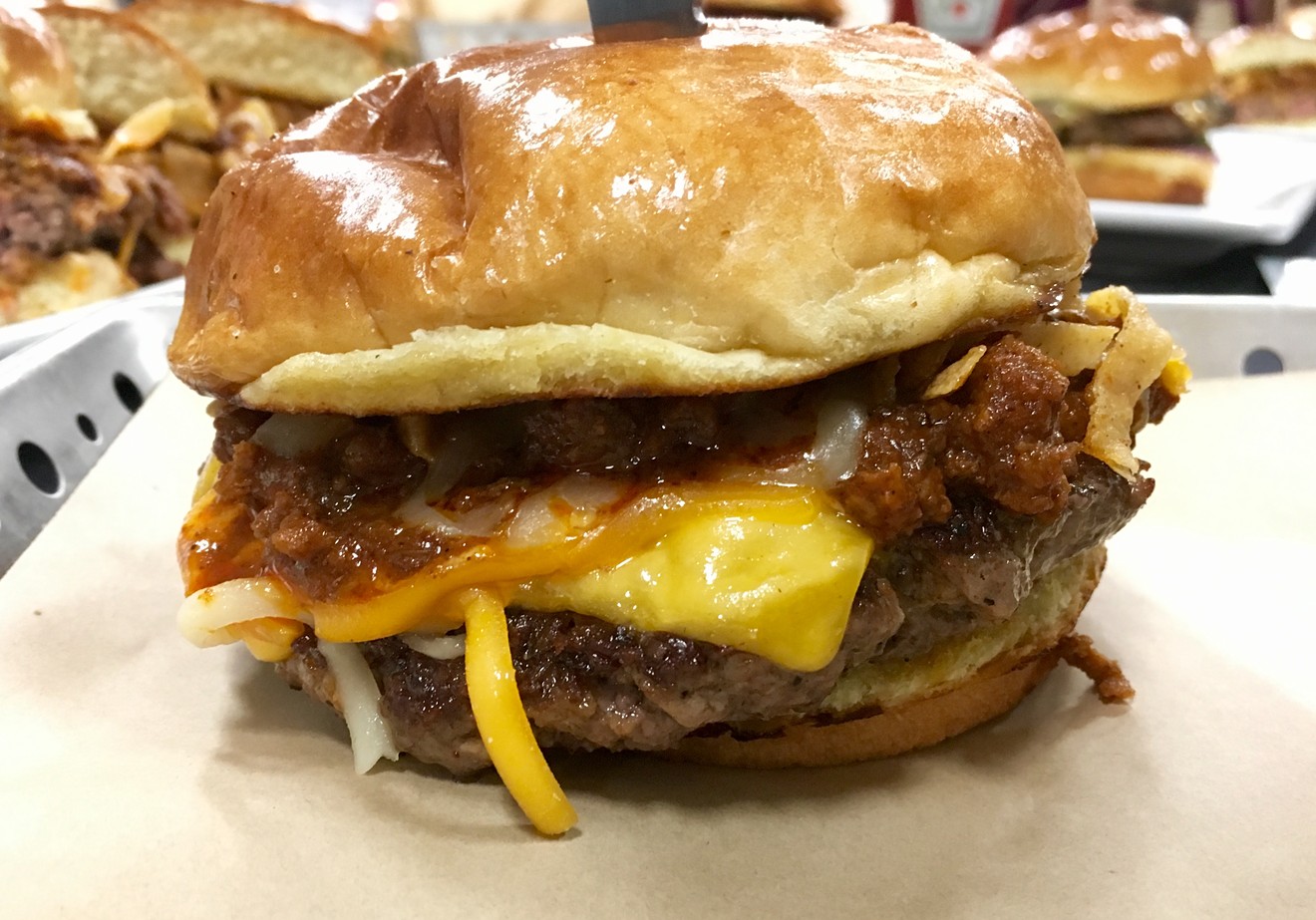 Chili's new Chili's Chili burger features the original 1975 chili recipe — no beans, American cheese, onions and tortilla strips. Nick Rallo
After a long pause, Chili’s gazes deep in the centers of our eyes. Chili’s, after all, is Texas’ old friend. Chili’s whispers its big announcement in a primordial stirring, like wind jostling the canopy of a forest, swirling into a hushed chant that announces: “We have begun a New Chili.”

And so it was: On the gusty eve of April 12, 2018, Chili’s Underground, a polished platform to launch new items from Chili’s headquarters in North Dallas, announced the return of an old chili recipe. It is part of a change: Three new burgers will grace the Chili’s menu in the near future. It is so ordered.

Soon, Chili’s will begin service of its first chili across our fine state, the recipe plucked from the ancient scrolls of Larry Levine, who founded Chili’s in 1975. It’s part of Chili’s adaptation into the food bubble. It's cut a massive chunk out of the menu — reducing it from 125 items to 75, Jeffrey Hanak, vice president of culinary operations at Chili’s tells us — in hopes of embracing its roots.

It's cutting, it seems, to embrace the sheer Chili’s-ness of Chili’s. Why pretend that Chili’s cradles eggs from farmed chickens and picks watercress daily from the garden? No, no. This is Chili’s, where salt comas overtake you and the queso has little leopard-print balls of meat.

“We got away from that,” Hanak says. “We got into making a mango tilapia with quinoa. We thought we were chasing that. We really came back and said we make burgers, ribs, fajitas, and we’re good at it.” Chili's really, really wants you to Instagram its new #CHILISBOSS burger.
Nick Rallo
Inside Chili’s headquarters, in the global test kitchen, Bachman Turner Overdrive’s “Takin’ Care of Business” played as a team in chefs' whites walked out a new, giant-ass burger. It’s named #CHILISBOSS (that’s right — it’s a hashtag, people), and it’s madness. It’s a hulking, smashed-into-the-griddle patty topped with smoked brisket, rib meat, jalapeño-cheddar smoked sausage (from Syracuse Sausage), bacon, cheddar, lettuce, tomato, barbecue sauce and ranch. The #CHILISBOSS burgers, enough for a room of reporters, came out on what can only be described as a door that had been ripped off its hinges.

It’s one of three new burgers on Chili’s menu. The next will be Alex’s Santa Fe, a recipe from one of Chili’s longtime chefs that includes pepper jack cheese, roasted jalapeños, tomatoes, pickles, cilantro and a spicy “Santa Fe sauce.” This burger was hard-seared and delivered medium rare, with juices and spice and flavor that far outweighed the madness that was #CHILISBOSS. It was good.

The third cheeseburger is the best of the three, and it was topped with the original chili recipe. (The chili be served at restaurants before the burgers). The burger was topped with a melted slice of American cheese, sautéed onions and tortilla strips. 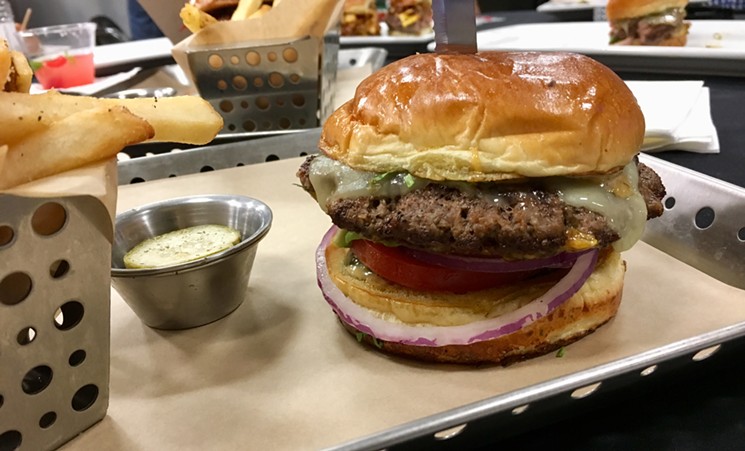 Alex's Santa Fe, the second best option of the three new burgers, has avocado, pepper jack, red onion, roasted jalapeños, tomato, cilantro and a "spicy Santa Fe sauce."
Nick Rallo
“In 1975, we made our chili from scratch inside our restaurant,” Hanak says. “Unfortunately, we had one restaurant then — it was very easy to do. We took that recipe, made it from scratch and gave it to a producer from Forth Worth that makes, for all over the world, our stock."

The stock delivered to Chili’s worldwide is a base of onions, garlic, chicken stock, beef stock, chili powder and spices that, if I had knowledge of them, the Secret Service would hit me with a blow dart and hold me, indefinitely, in Chili’s jail.

“We make the recipe small enough that it’s only a half-gallon," Hanak says. "So every three hours, the chili’s made fresh."

Hazy from sodium, I couldn’t help but be sentimental about Chili’s as it stared deep into my soul. I grew up in Plano, where Chili’s was simply “the restaurant,” just as “Coke” once described all soda brands. It’s entirely possible that I’ve eaten more chicken crispers, slipped into more queso comas, than any other fast food items because that’s what was present in my suburb.

One close friend hijacked the tiny Chili’s hot handle holder from the queso skillet and put it on his car’s gear changer. Chili’s was the first Chili’s, and its new chili might the smartest thing it's done since the crispers.