Grand Prairie Is Opening an 80,000-Square-Foot, Year-Round Water Park With a Retractable Roof 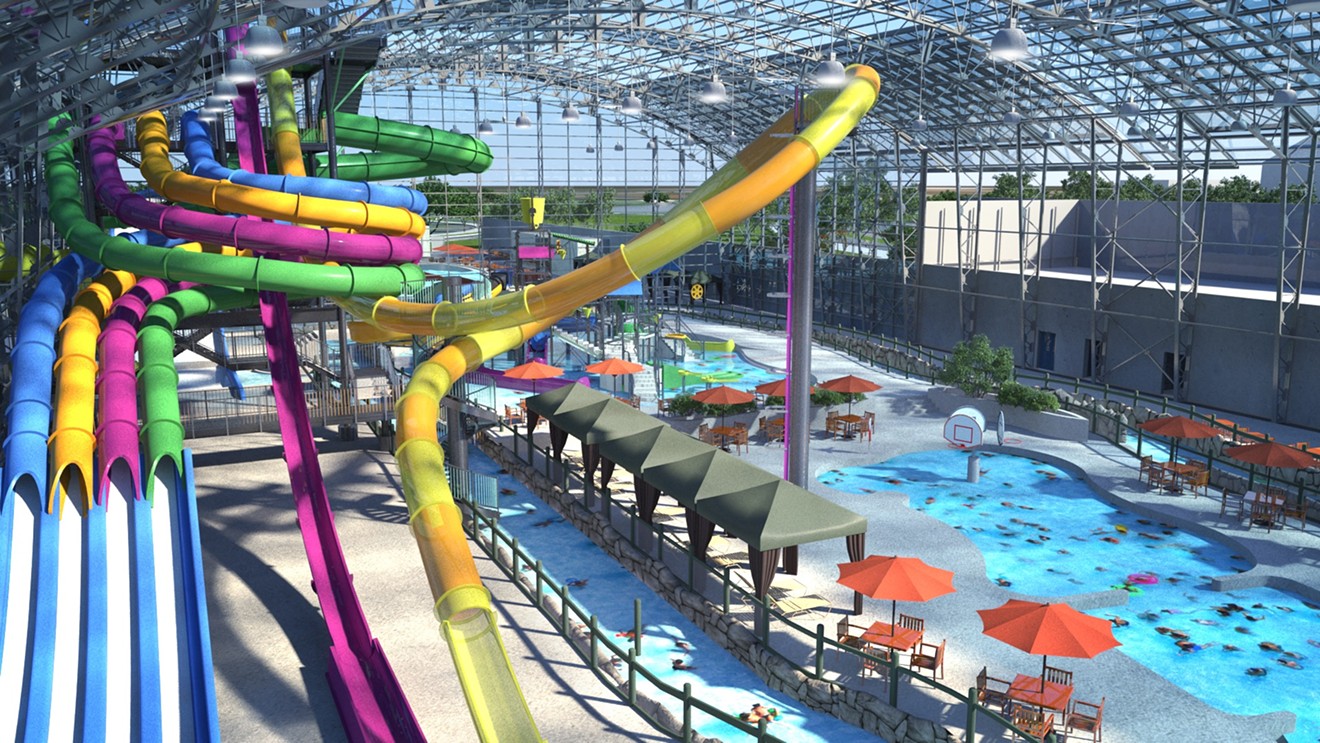 Courtesy of American Resort Management
The middle of winter may not sound like an ideal time to open a massive water park. However, Grand Prairie's new 80,000-square-foot water park, under construction and scheduled to open its first phase around mid-November, will be able to make it feel like summertime no matter the season.

The $100 million Epic Waters indoor water park is being built on a huge stretch of land south of Arkansas Lane and west of State Highway 161 and will be able to stay open year-round thanks to climate controls and a massive retractable roof that can protect guests from the elements while they enjoy some of the biggest water rides in the state. The facility will be the largest indoor water park with a retractable roof in the country.

"Personally, for me, this comes close to being a legacy project," – American Resort Management Vice President Richard Coleman


"This is by far a signature piece for us to be involved in," says executive vice president Richard Coleman of American Resort Management, the Erie, Pennsylvania-based hospitality consulting firm that is overseeing Epic Waters' planning, construction and implementation. "Personally, for me, this comes close to being a legacy project."

The Epic Waters complex will have nine massive water slides oriented an 85-foot-tall pedestrian tower that Coleman says is tall enough to give riders a view of downtown Dallas. The biggest (and scariest looking) slide in the bunch will be the Lassoloop, a massive "aqua-loop" that sends riders screaming down a trap-door drop and around what Coleman claims will be the tallest indoor aqua-loop slide in America.

The Yellowjacket Drop will combine two types of water slides into one wet and wild ride on inner tubes provided by the water park. Tubers will careen down a twisting, enclosed slide in complete darkness before being thrown out and up a wall ramp that gives them a split-second feeling of zero gravity. Tubers can also take a ride down the Aquanaut, the first indoor double-rider inner-tube slide that shoots guests down several banking domes before spitting them into a swimming pool at the bottom, according to the website. 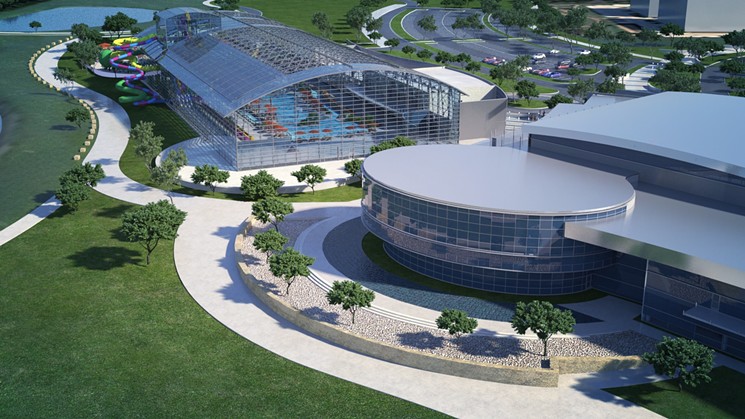 Courtesy of American Resort Management
If screaming your head off in complete darkness or learning how gravity works firsthand sound like a relaxing use of your time, the Epic Waters park also plans to go big on some of its less pants-wetting attractions. The park will have a 10,000-square-foot outdoor wave pool open Memorial Day through Labor Day, weather permitting, and a 650-foot-long lazy river tube ride with a "zero-depth entry" that feels like you're stepping off a beach and into a relaxing, slow rapid with a few surprises along the way, Coleman says.

Crews are also building a massive children's area complete with geysers, slides and a tipping water tank that refills and spills 300 gallons of water on guests with every pour. The complex will also house a video game arcade

"This is the time for Grand Prairie to shine." – American Resort Management Vice President Richard Coleman

with 60 arcade machines and several square miles of concession and refreshment facilities.

"We'll be able to keep all the kids busy whether they are 2 years old or 90 years old," Coleman says.

Epic Waters has already attracted a huge customer base even though it won't be open for business for at least another five months. Coleman says it's already booked 50 private birthday parties since it started taking orders two weeks ago and sold several annual passes that the park will honor for the remainder of 2017 and 2018.

"This is the time for Grand Prairie to shine," Coleman says. "They've been working for the last few years on their Live Life Grand campaign that shows how Grand Prairie is blossoming and wants to take its place amongst its neighbors like Grapevine and Arlington with big attractions, and along comes Epic Waters. There will be nothing like this in America the day it opens."