From oysters on the half shell to juicy burgers, the new Harlowe MXM is serving up a lot in Deep Ellum. Austin Marc Graf
We keep reading stories claiming that Dallas is one of the fastest-growing cities in the United States for young professionals, aka millennials. And what do millennials have (besides beards, ironic glasses, tight pants and a general feeling of entitlement)? Short attention spans.

The rooftop has plenty of space to entertain and enough booze to make it entertaining.
Austin Marc Graf
The complex was initially named Harlowe after the owner's dog, but the creators decided they needed a little more, as is a theme throughout this concept and their others — Henry's Majestic, Atwater Alley and Breadwinners. So MXM was added, not for some random number in Roman numerals (because no one uses that shit outside of the Super Bowl), but to indicate its location at Malcolm X Boulevard and Main Street.

We call the space a complex because it's beautiful but massive. The Harlowe decor is delightfully simple and a touch industrial-chic meets Gatsby, if that's a thing. It offers dining vignettes from traditional tables and a bar to outdoor seating in two areas with wildly different atmospheres.

The menu at Harlowe MXM (which can be ordered in full everywhere but the rooftop, which has a slightly pared-down menu) focuses on wood-fired meats and seafood. Think lobster rolls and burgers, but keyed-up with a fancy-AF twist. The perfect example is the MXM Burger, complete with two patties and the option to add a lobster tail. Our favorite dish? The chorizo churros. Yes, they're as good as they sound. 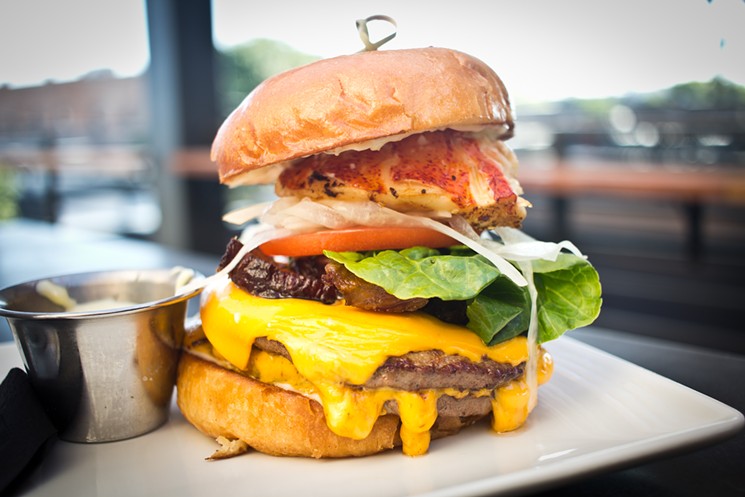 MXM Burger's MXM must mean more times more.
Austin Marc Graf
A quick stroll across the private alley will take you to Trick Pony, a cocktail bar with a themed drinks menu that will change "whenever, really." says Alex Fletcher, director of beverages. "One day you'll come in and it will be completely different."

That'll keep us on our toes. Currently, you can order from a Bill Murray-themed menu with drinks inspired by his films, such as the Coffee and Cigarettes (a tequila and cold-brew cocktail served with a housemade candy cigarette), the Groundhog Day (bartender's choice, served three times) or the Lost in Translation (Japanese whiskey, fortified wine, mushroom demerara). All unique and all a little offbeat, just like their muse. 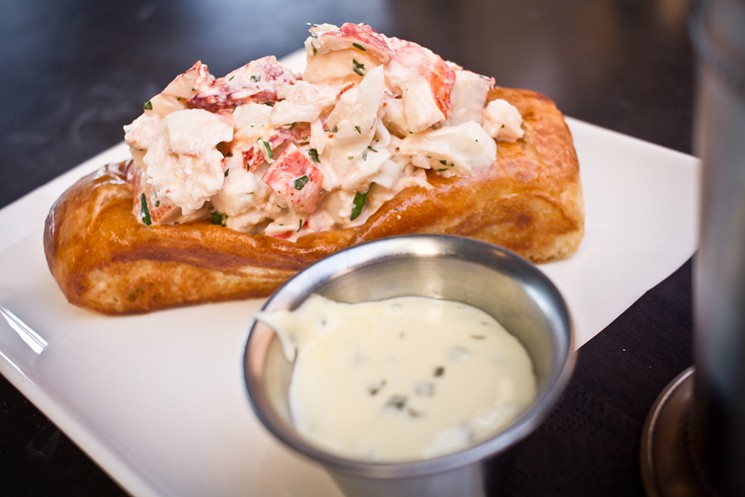 They had to roll us home after eating this lobster roll.
Austin Marc Graf
The complex opened slowly and without fanfare. Yes, it was an ambitious open, but with the talent behind it, we're confident it'll stay on the path to extraordinary.