Welcome to ... 5 Places to Get Your Dinosaur Fix Near DFW 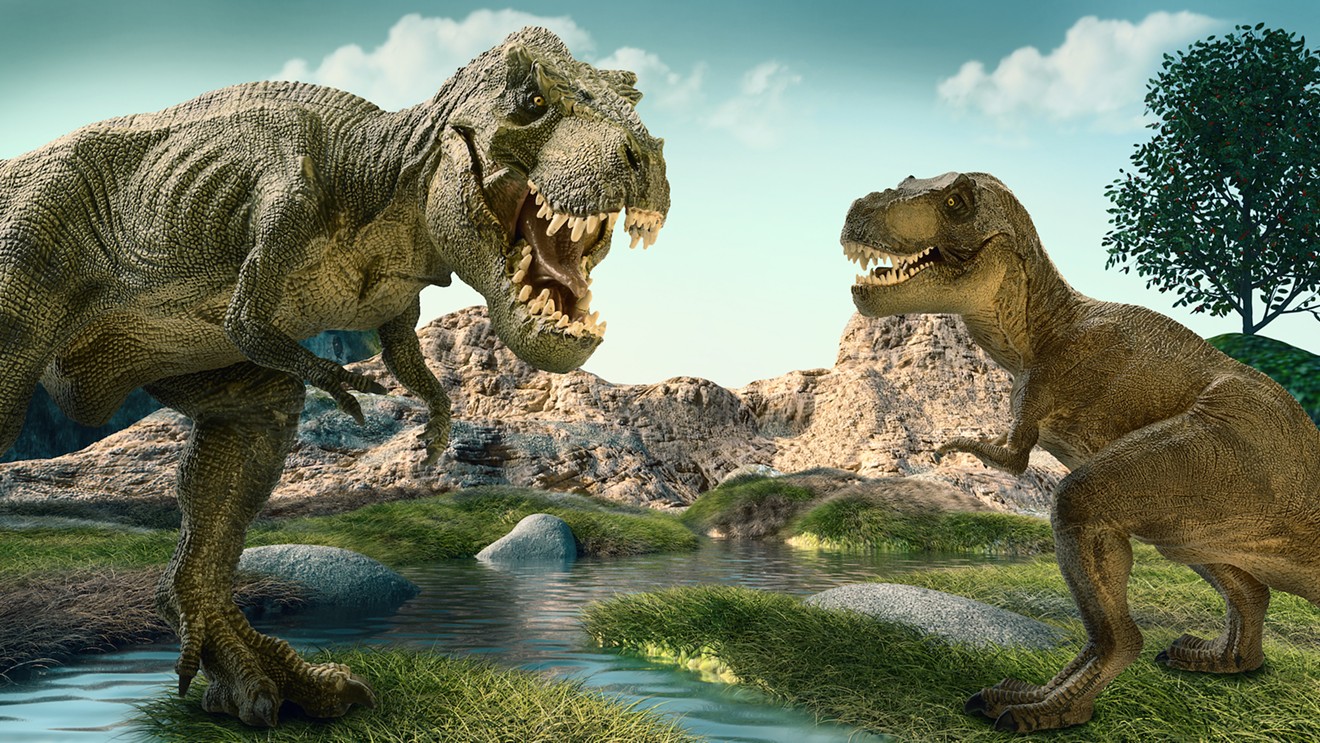 Jurassic World: Fallen Kingdom was the No. 1 movie during its opening weekend, bringing in a haul of $150 million in North America. For the fifth movie in the franchise to perform so well, it’s clear the desire to see dinosaurs snacking on humans like well-prepared Chilean sea bass is as strong as ever. But once the lights go up and the credits finish rolling, the ushers force you to exit into a very non-dinosaur-filled reality.

You may think it’s a lost world with no other options to get your dino fix, but fortunately, life finds a way, and the DFW area has a wide variety of prehistoric spots to visit. There are destinations designed for everyone, ranging from the smallest of future raptor trainers to people old enough to have seen a real T. rex. So hold on to your butts because we’ve spared no expense to find you the best local places to scratch that brontosaur-sized itch. 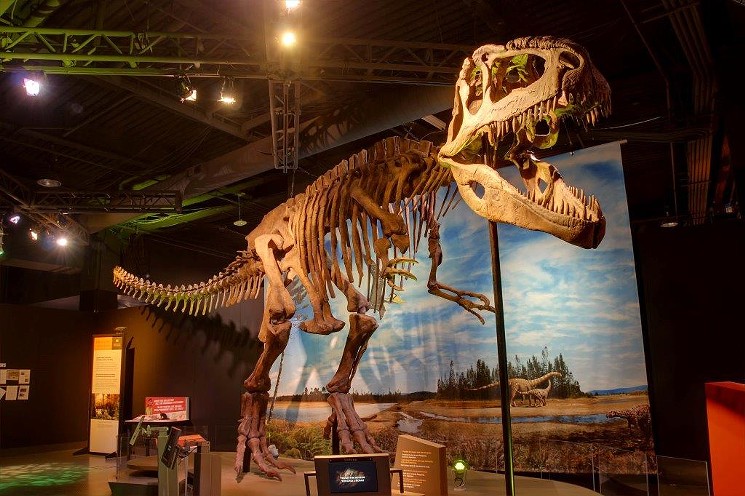 The Summer of the Dinosaur will add extra dino DNA to the museum, offering visitors a chance to see the remains of the Giganotosaurus, a carnivore estimated to be larger than the T. rex. In the Life Then and Now Hall, pull out your best Dance Dance Revolution moves in front of a screen that replicates everything you do as a raptor. Because science.

On the night of Aug. 10, the museum will host an adults-only event where patrons can grab alcoholic drinks while chatting about the chaos theory with paleontologists on hand for the occasion. The Perot website advertises a chance to meet modern-day dinosaurs, so have your checkbook ready in case a black-market auction for a triceratops happens. Tickets start at $7 for members and $21 for non-members.

Arlington Archosaur Site
Euless South Main Street, Euless
Maybe seeing bones in a museum isn’t enough for you; maybe you need the feel of the dirt under your fingers as you discover a new species and name it after yourself. Generations from now, kids on a field trip will look up in wonder at the remains of a Bryceasaurus, and the legacy of your parents giving you a stupid name will be burned into history. Take the first steps of that journey by volunteering to assist on archeological digs such as the Arlington Archosaur site.

The Arlington Archosaur site was discovered in 2003 in — spoiler — Arlington and has remained an active dig site. Through the assistance of the Dallas Paleontological Society and students at the University of Texas at Arlington, the site has produced more fossils than any other location in the DFW area — even more than city hall, which is wall-to-wall with fossils.

Unique to this site is the variety of species found, including carnivore and herbivore dinosaur remains alongside ancient turtles, crocodiles, sharks and mammals. A rare preserved ecosystem from the Late Cretaceous Period makes the Arlington Archosaur Site a destination for any dino-obsessed person.

Boasting more than 1,000 members, the Texas Archeological Society hosts events throughout the year, such as an annual archeological field school. For a week each summer, the field school sets up a camp filled with workshops, events and speakers to educate the next generation of archeologist hopefuls. The field school is a great time to learn about and apply to the scholarships the society offers to enrich its field of study.

Annual membership dues are $70 ($40 for students). With the knowledge the Texas Archeological Society offers, you can explain to concerned friends that the holes you dig in your backyard aren’t the first hints of insanity; they're you being a scientist trying to find dinosaurs.

Dino Dig at SMU
6425 Boaz Ln.
You took the kiddos to see the new Jurassic Park movie. and now they won’t leave you alone about dinosaurs. They’re big enough to open doors, so they can follow you into every room with new questions. You realize it was a mistake taking them to the movie. Solve all your problems by signing them up for a weeklong Dino Dig at Southern Methodist University.

SMU will host a camp for first- and second-graders from 8 a.m. to 2 p.m. July 16-20. During that time, the teachers will mold your kids into bright boys and clever girls with a mock dino dig and classes teaching them all about how dinosaurs lived. After they learn about the Bryceasaurus and how it got its name, they’ll come home with souvenirs in the form of a dinosaur model and a dinosaur book. The course costs $325, but the sweet sounds of silence for six hours per day have a value all their own.

Open seven days per week, Dinosaur World is a dog-friendly area for the whole family. The park offers a walking trail with statues of large, colorful dinosaurs, a play fossil-dig spot and an indoor museum area. Dinosaur World is best the smaller kids — the older members of your clan will probably be bored by the simplicity of it. It's $12.75 for adults and $9.75 for kids.

While you’re in Glen Rose, check out the 1,500-acre Dinosaur Valley State Park, where you can find real dinosaur tracks. Really, if your kids are small enough, you can make footprints anywhere and just tell them they’re dinosaur footprints, but that’s not a park we would endorse. It's $7 for adults and free for children 12 and younger.
KEEP THE DALLAS OBSERVER FREE... Since we started the Dallas Observer, it has been defined as the free, independent voice of Dallas, and we'd like to keep it that way. With local media under siege, it's more important than ever for us to rally support behind funding our local journalism. You can help by participating in our "I Support" program, allowing us to keep offering readers access to our incisive coverage of local news, food and culture with no paywalls.
Make a one-time donation today for as little as $1.