5 Art Events for Your Weekend 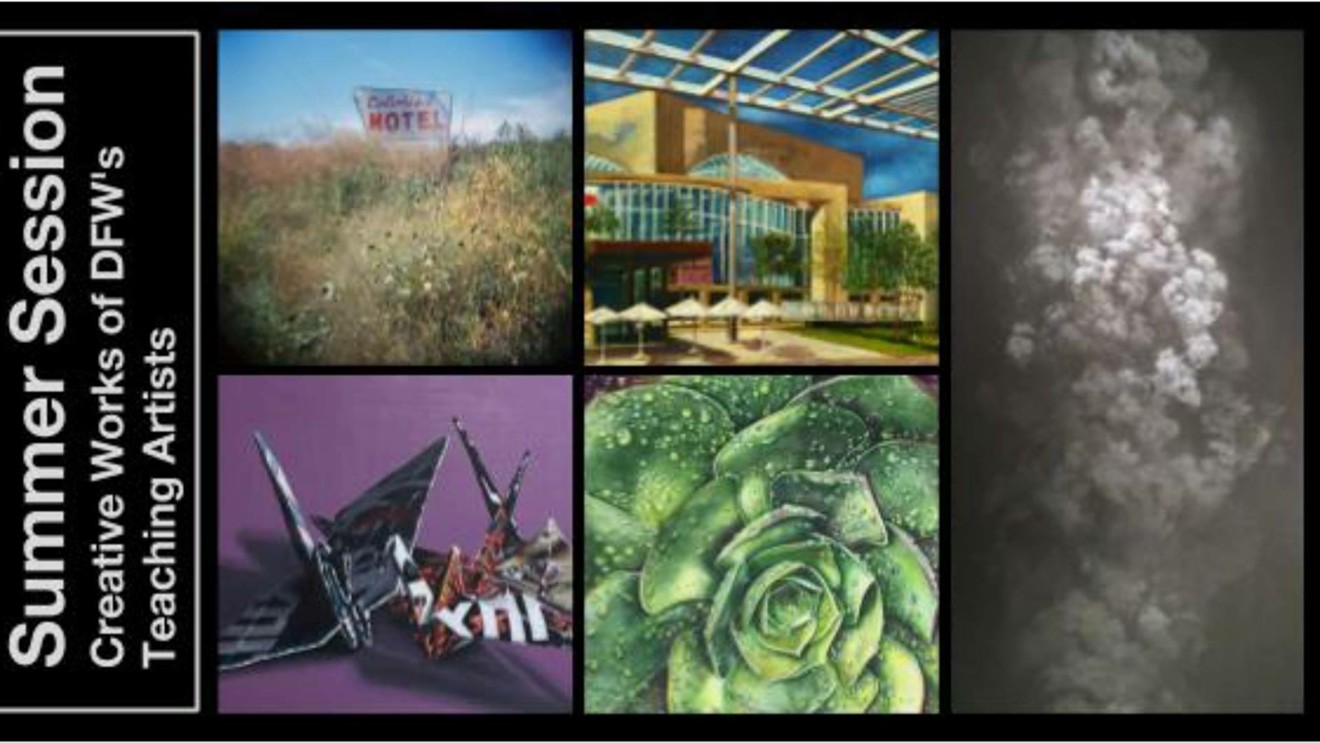 An old piece of popular wisdom says "Those who can, do; those who can't, teach."

A) Rude.
B) Lies, as evidenced by Kettle Art's upcoming Summer Sessions. The show will feature works by several talented primary and secondary art teachers in DFW. They've balanced the act of stoking creative flames in the minds of young 'uns while keeping their own lit like the Fourth of July. Artists include Chris Bingham, Devyn Gaudet, Dani Kent, Loughridge C. Murrell III, and Katrina Rasmussen. Following Thursday's reception, the exhibit will be on view through July 8.

At first glance, a future where the world is powered by 100 percent renewable energy seems utopian, but look closer and you might find issues that are darkly funny, familiar and even vaguely dystopian. Photographer/digital media artist/activist Mark Chen asks you to consider this scenario via a lighthearted experience that marries serious environmental activism with art. After the performance, Chen will spill on the conceptual development of Windtopia, from its inception to what its future holds, in an artist talk. Tickets cost $5 and can be purchased through dallascenterforphotography.com. Remaining tickets will be available at the door for $10 (cash only).

School’s out for the summer, and to celebrate, the talented young artisans of Booker T. Washington High School have put together a one-night-only new media public art installation. The MAC’s lush outdoor green space will be the stage for this student-produced video art show. It’s led by Niloo Jalilvand, a mathematician and a multimedia artist who grew up in Iran, where she was the child of celebrated actors. She is the founder of the Pegasus Film Festival, which supports and promotes young Texas filmmakers to create powerful cinematic art. In addition, she acts as curator for Women in Film’s Chick Flicks Film Festival. Light bites will be dished out by Street’s Fine Chicken throughout the evening.

Hot and Sweaty is 500X’s unjuried, uncurated annual show. Keyword: uncurated, which means it’s a free-for-all: For a $10 entry fee, any Joe Blow could enter up to six of his or her artworks into the show. All the artists had to do was drop them off ready to hang. Word on the street is that this show is always an interesting mix. As an added bonus, it’s not supposed to get above 90 degrees Saturday, so the sweating will be marginal.

In Interrupted Paths, Arkansas native Donnie Copeland shies away from direct associations, preferring instead to allow the viewer to form his or her own interpretations. Copeland includes earthy stuff — earthy patterns, for instance, and the notion of sounds and rhythms as landscape. Made primarily with painted paper, Copeland's collaged canvases are recognizable for their patterns, textures and marks. 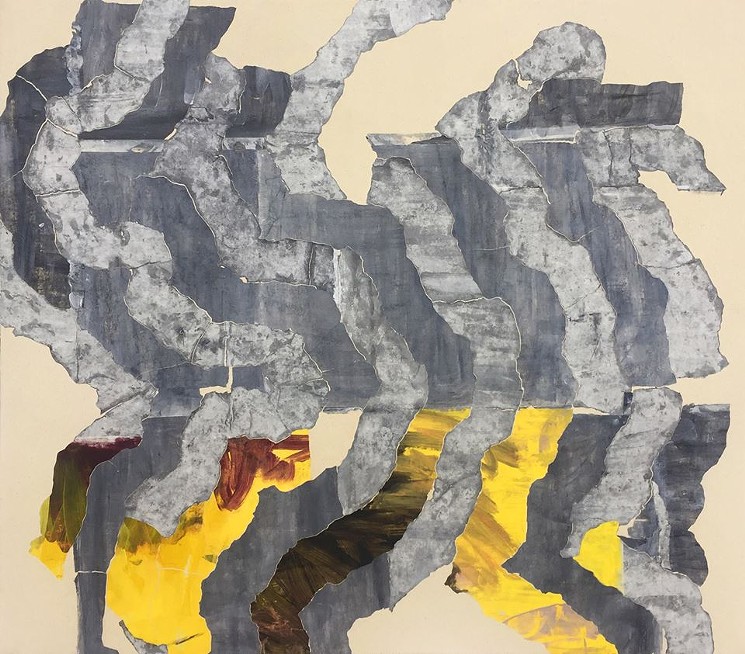 courtesy Umbrella Gallery
KEEP THE DALLAS OBSERVER FREE... Since we started the Dallas Observer, it has been defined as the free, independent voice of Dallas, and we'd like to keep it that way. With local media under siege, it's more important than ever for us to rally support behind funding our local journalism. You can help by participating in our "I Support" program, allowing us to keep offering readers access to our incisive coverage of local news, food and culture with no paywalls.
Make a one-time donation today for as little as $1.