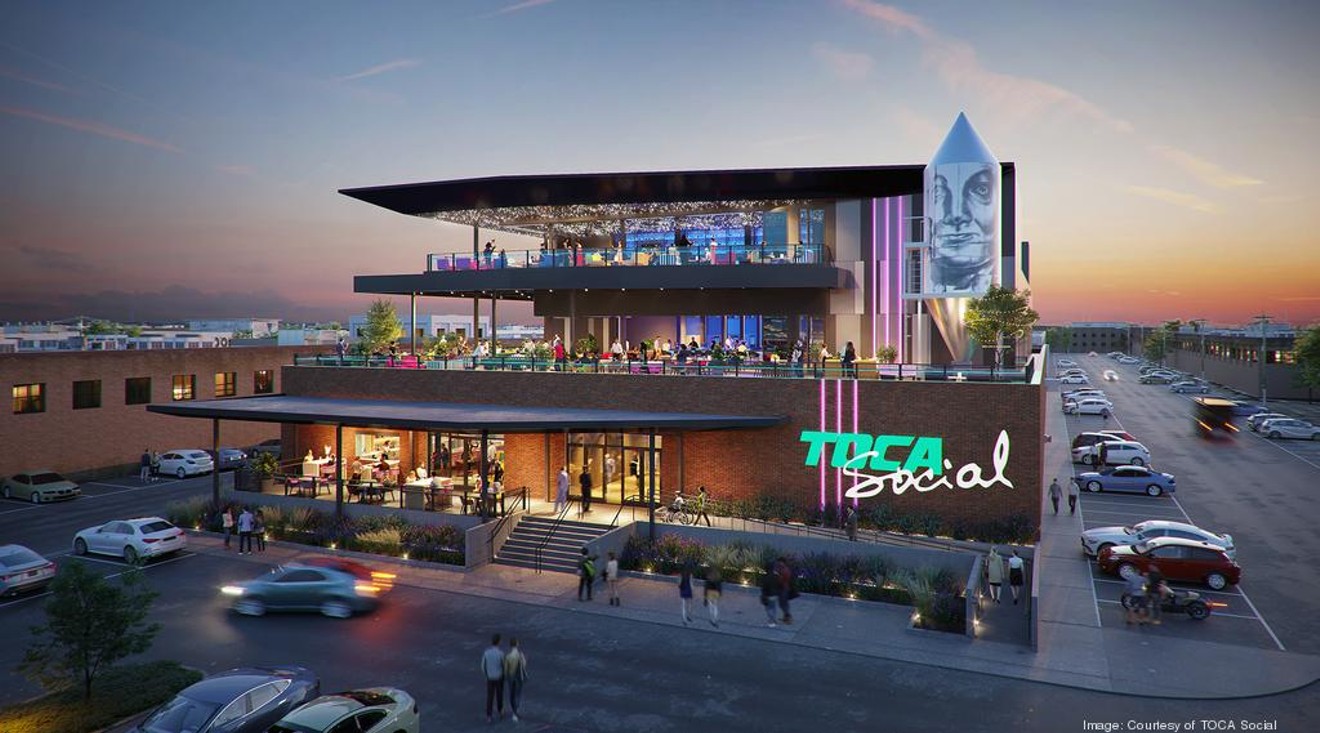 Dallas is now catching up with the rest of the world's soccer fever. Courtesy of TOCA Social
There was a time when football was the undisputed king of professional sports in Texas, especially in Dallas. We sort of learned to love baseball, basketball and maybe even hockey — but that's it. Soccer was so low on the popularity list that it might as well have been extreme ironing.

Of course, all that started to slowly change when Dallas got its own soccer team, the Dallas Burn, in 1995. The team changed its name to FC Dallas almost a decade later. Then the U.S. women's team became a dominant force, winning four World Cups. After David Beckham made a big move from the top-seeded Manchester United to the Los Angeles Galaxy, the Hank Hills of the world gave up trying to convince their kids that soccer is just European ballet with a ball.

All this caused soccer's popularity to skyrocket, not just in Texas but across the nation. A national Gallup poll released in 2018 found that soccer was just as popular in the U.S. as baseball.

A new sports entertainment experience called TOCA Social focuses on America's other national pastime. And it makes perfect sense that Dallas was chosen for its first facility in America.

The soccer experience is basically a combination of movement-tracking gaming technology, a "modern Americana-inspired menu" and the chance to rent stellar soccer cleats instead of bowling shoes that look like they came from the Great Depression era.

The playrooms consist of a play field, soccer balls and a large, flat screen that provides kicking targets for players. Each pod has four interactive games of varying degrees of difficulty. Beginner games include the simple target shootout Striker, the strategy team game Eliminator and the chain-reacting Atom Splitter. The TOCA Challenge consists of 15 levels of specialized targets that get harder and faster with each completed shot and allow players to use only one ball per level.
The Dallas TOCA Social facility's 56,000 square feet of space will offer four bars that include food service and 34 soccer pods for games that can house up to 12 participants. The three-story attraction will be built in the Design District on Riverfront Boulevard, with a view of the Dallas skyline. The opening is scheduled for sometime next year.

Soccer isn't the only pro sport that's not football to increase its presence in Dallas. Major League Cricket (MLC) struck a deal with the city of Grand Prairie earlier this year to turn the old Airhogs baseball field into a professional cricket oval, after the team ceased playing in 2020 due to the coronavirus pandemic. MLC's proposal shows the new facility is set to open in spring of next year.

The cricket stadium will have 7,000 seats for the public and 1,000 club and premium seats for those fans who can afford them. The stadium will host home games with a team to be announced later this year, as well as other professional matches in the International Cricket Council's T20 World Cup in 2024.
KEEP THE DALLAS OBSERVER FREE... Since we started the Dallas Observer, it has been defined as the free, independent voice of Dallas, and we'd like to keep it that way. With local media under siege, it's more important than ever for us to rally support behind funding our local journalism. You can help by participating in our "I Support" program, allowing us to keep offering readers access to our incisive coverage of local news, food and culture with no paywalls.
Make a one-time donation today for as little as $1.