Theater Community Rallies To Help Actor in Need of Transplant 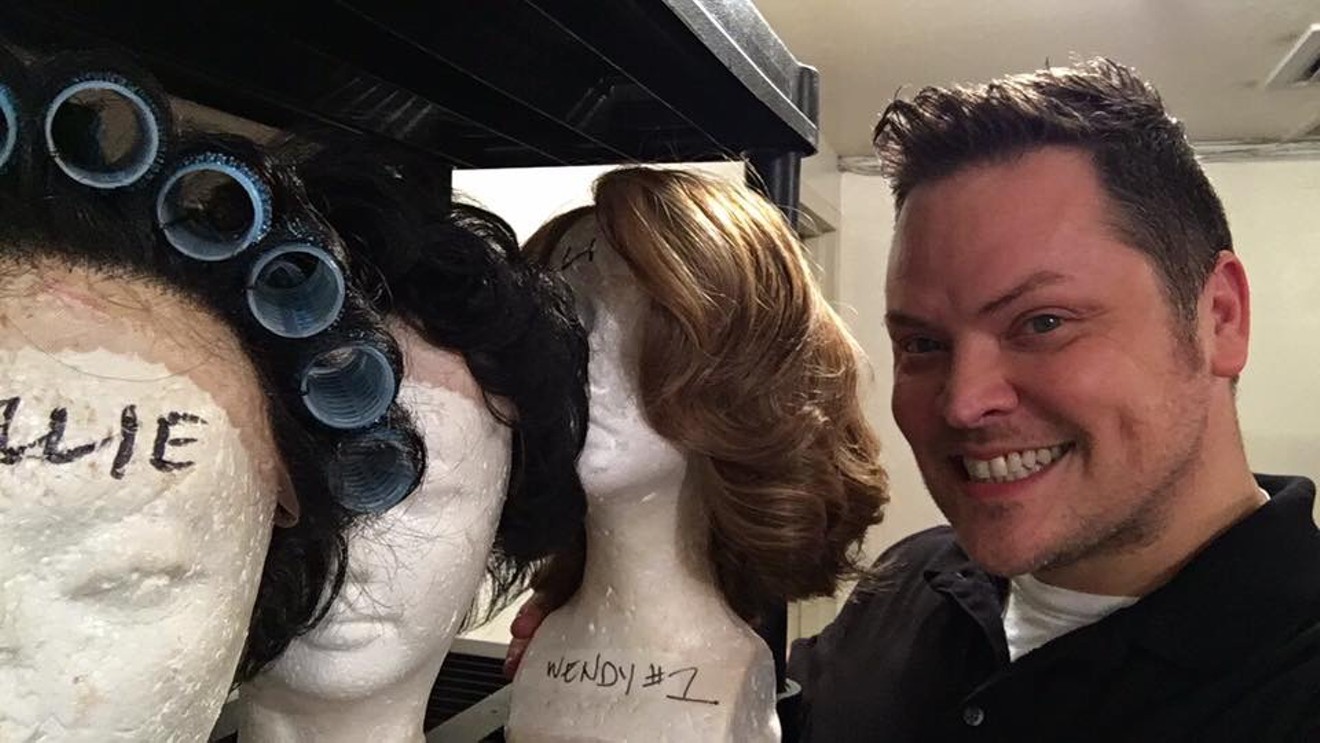 If you've been to a play in Dallas in the last few years, chances are that you've seen Michael B. Moore's work onstage — even when he's not on it.

Moore is an actor and an award-winning makeup and wig designer who's dolled up the stars and performers for shows all over the Dallas theater scene, including Pegasus Theatre, Pocket Sandwich Theatre and Uptown Players. He's also won a Broadway World Award and a DFW Theater Critics Forum Award for his challenging work behind the stage.

Three years ago, Moore faced something even more challenging. His doctor diagnosed him with stage 4 follicular lymphoma, a slow-growing form of cancer diagnosed in one out of five lymphoma patients that grows in the lymph nodes and bone marrow, according to the American Cancer Society.

Moore says the bills are adding up even with insurance and that they'll only get higher as his treatment continues. He still needs five more rounds of chemotherapy, a match for a bone marrow transplant and at least three months to recover.

"My hospital bills were over $100,000 for my first week in the hospital," Moore says. "I'm pretty sure I'll reach my deductible by the middle of the year because of the chemotherapy I'm going through. The bills are just starting to come in slowly now, and it's expensive."


"The theater community has been volunteering in droves." — Jeny Siddall

Moore's friends from the Dallas theater community are stepping in to help the best way they know how. They're putting on a show. Pocket Sandwich Theatre will host a late-night cabaret variety show at 11 p.m. Friday, June 14. All proceeds will go to Moore to help cover the costs for his bone marrow transplant and other medical necessities.

"Michael is such a fun person to be around, and I hate that he has to go through something like this again," says actor, writer and director Jeny Siddall, who helped organize the June 14 show. "He has such a positive energy, and I know how emotionally and financially draining this fight can be. I work in healthcare, specifically in patient assistance for oncology, so I know how stressful it can be for patients to not only worry about recovery, but paying for it.

"I wanted to make sure that we could help him in that way, if he needed it. And if nothing else, we could lift his spirits and keep him sane while he goes through treatment."

The evening will feature a variety of local performers, such as burlesque dancers Northern Joy and Mercy Havoc, theater actresses Beth Lipton and Emily Shaw and music acts including pianist Thiago Nascimento, who will also be the show's "maestro," Siddall says.

Moore says actor and his best friend, Mikey Abrams, will host the show.

Siddall put out the call for performers on her Facebook page as well as on the one for her production company, Rooftop Productions, where the crew will host a live-stream of the show so people who can't attend can still donate. Siddall says the response has been overwhelming.

"The theater community has been volunteering in droves," she says. "We had to turn a lot of people away because we filled up on performers so fast and everything else is covered."

Moore says he was touched by the gesture.

"I cried," he says, recalling the first time he heard about the cabaret show. "I think I was still in the hospital when I was reading her post, and by the end of the day, she already filled up all the slots for performers. It moved me to tears."

The show also aims to raise awareness and help for others who need transplants through the national marrow donor registry Be The Match, encouraging people to join the registry. Donors ages 18-44 can obtain and submit a DNA swab through the mail to be included in Be The Match's blood stem cell transplant donor registry by requesting one on the group's website.

"Be The Match facilitates more blood stem cell transplants every year, including nearly 6,200 transplants in 2018, for a total of more than 92,000 transplants since 1987," says Vanessa Ibarra, who works as a community engagement representative for Be The Match. "Every three minutes someone is diagnosed with a blood cancer. Seventy percent of patients do not have a fully matched donor in their family. They depend on Be The Match to find an unrelated donor."

Ibarra says that people who can't attend the show can still help Moore and others. For one, those wishing to donate can text the word "Michael" to 61474 to join Be the Match.

"The best way people can help Michael is by sharing his story and joining the registry," Ibarra says. "It's now easier than ever to spread awareness of the need for more potential life-saving donors. You no longer have to be at an event to join the Be The Match registry."

Moore says he's grateful for all the support he's received from so many people in the last few weeks.

“I'm very lucky to have so many good friends in this community."
KEEP THE DALLAS OBSERVER FREE... Since we started the Dallas Observer, it has been defined as the free, independent voice of Dallas, and we'd like to keep it that way. With local media under siege, it's more important than ever for us to rally support behind funding our local journalism. You can help by participating in our "I Support" program, allowing us to keep offering readers access to our incisive coverage of local news, food and culture with no paywalls.
Make a one-time donation today for as little as $1.