From Cameroon to Walmart to Celebrity Designer, Daniel Mofor Finds Success With His Brand Don Morphy 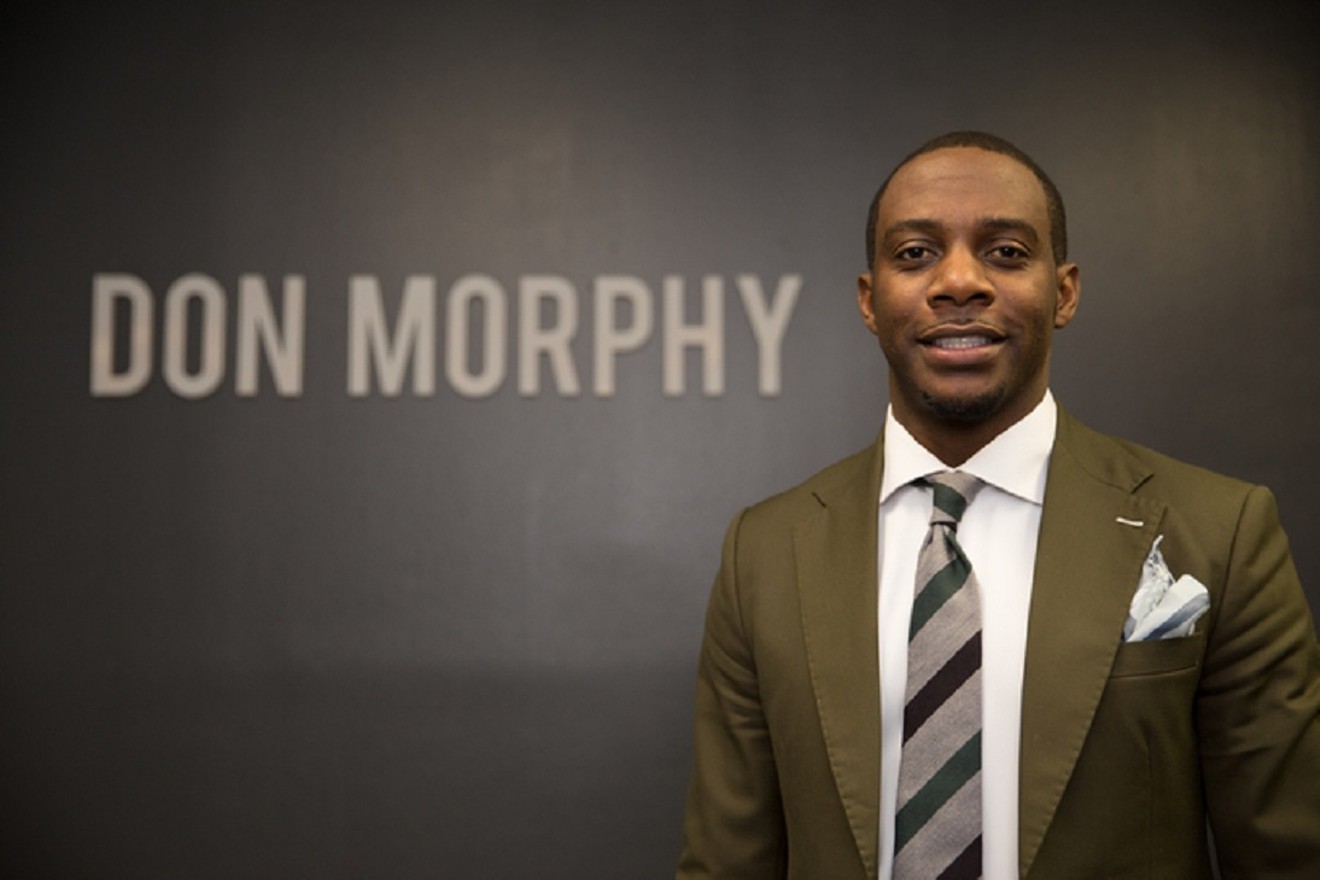 A far cry from his old job at Walmart, designer Daniel Mofor finds success with brand Don Morphy. courtesy Don Morphy
Is Dallas the fashion capital of the world? Very few people would probably answer yes. But if you change the question to whether Dallas is a hidden gem of a fashion-forward city, you'd now have a pretty decent argument.  One designer who continues to prove this to be true is Daniel Mofor of Dallas-based custom menswear label Don Morphy. Over the last few years, Mofor has not only gained massive popularity dressing stars like Emmitt Smith, he also recently received the Rising Star award from Fashion Group International, which was presented to him by his own fashion god, Tommy Hilfiger.

Mofor grew up in Cameroon, and first worked at Walmart after moving to the U.S., before riding the success train he doesn't plan on getting off of anytime soon. And the expansion of the Don Morphy showroom in the Design District (which he calls "the ideal location") was the next big step.

“It was scary at first,” Mofor says of his new space. “I moved from a space that was one-third of the rent, but when I walked in, I loved it because of the open space. ... When I moved to my previous space, I had just moved to Dallas so I was just looking for a location, it wasn’t the ideal location. This one I can call ideal because I planned everything. Everything is custom from the carpet to the couches. I wanted to show the details of the space, like we do with the clothes.”

Mofor doesn’t really have to explain that details are a very important element to the Don Morphy brand. The clothes speak for themselves.

The designer recently created a jacket for Bishop T.D. Jakes. “He’s written a lot of books," Mofor says of Jakes. "So I Googled all the books he’s written, worked with my design team, and created the lining of the jacket based on all the books he wrote. Everyone is different. You’re not going to come here and get something another client has. Everything is unique.”


"Now, people will see things on social media and want to do it differently, or better than what they see. Everyone’s trying to take it to the next level. That is happening in Dallas, too." — Don Morphy's Daniel Mofor

It’s like the saying goes, "Once you get a tailored suit, you never go back."

“You build the suit from the ground up,” Mofor explains. “When you come here, we have over 20,000 fabrics. You’re creating everything from scratch.”

Mofor also believes there are big changes in fashion not only happening in Dallas, but all over the world. And the internet — social media in particular — plays a big part in the industry's evolution.

“I think because of social media, everyone wants to be different,” Mofor explains. "Before, people would just want a suit. Now, people will see things on social media and want to do it differently, or better than what they see. Everyone’s trying to take it to the next level. That is happening in Dallas, too. Dallas has really improved, actually since I’ve been here, when it comes to style, because we have a lot of people here who travel and go overseas and a lot of places for fashion events.”

While the majority of the items the brand creates are for men, there's something for the ladies, too.

“We are probably 80% men, 20% women,” Mofor says. “We do overcoats and suits for women.” One of which was just spotted on singer (and former Destiny's Child member) Michelle Williams. Despite all his celebrity clientele, Mofor says his children are his true inspiration.

“I actually created this brand for my kids," he says. "And the fact that they’re also into fashion is the most rewarding thing. Back in Cameroon, your parents advise you to do what everyone else is doing: Go to school, be an engineer or doctor. There’s a more conservative approach. Here in America it’s whatever the child wants to do. They’re encouraged to follow their passion or dream.”

Sitting in his dreamy showroom, Mofor shares some of the plans he has for the future of Don Morphy. Aside from more accessories, the brand is looking to go into the direction of perfumes and colognes, when the time is right. And in case you’re wondering, Dallas will remain home for a while. If not because of his brand, because of his stomach.

“I love the beef, meat and barbecue here in Texas,” Mofor says.

Yeah, it's safe to say he’s here to stay. 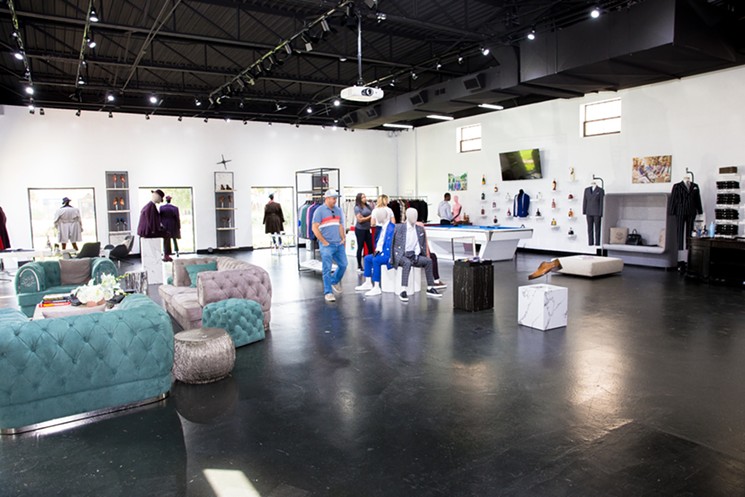 The new showroom for Don Morphy in Dallas' Design District, where Daniel Mofor designs for clients like Emmitt Smith and singer Michelle Williams.
courtesy Don Morphy
KEEP THE DALLAS OBSERVER FREE... Since we started the Dallas Observer, it has been defined as the free, independent voice of Dallas, and we'd like to keep it that way. With local media under siege, it's more important than ever for us to rally support behind funding our local journalism. You can help by participating in our "I Support" program, allowing us to keep offering readers access to our incisive coverage of local news, food and culture with no paywalls.
Make a one-time donation today for as little as $1.
Dalila Thomas
Contact: Dalila Thomas