Despite The Dallas Morning News’ Column, There Is a Place for the Dallas Cowboys Cheerleaders 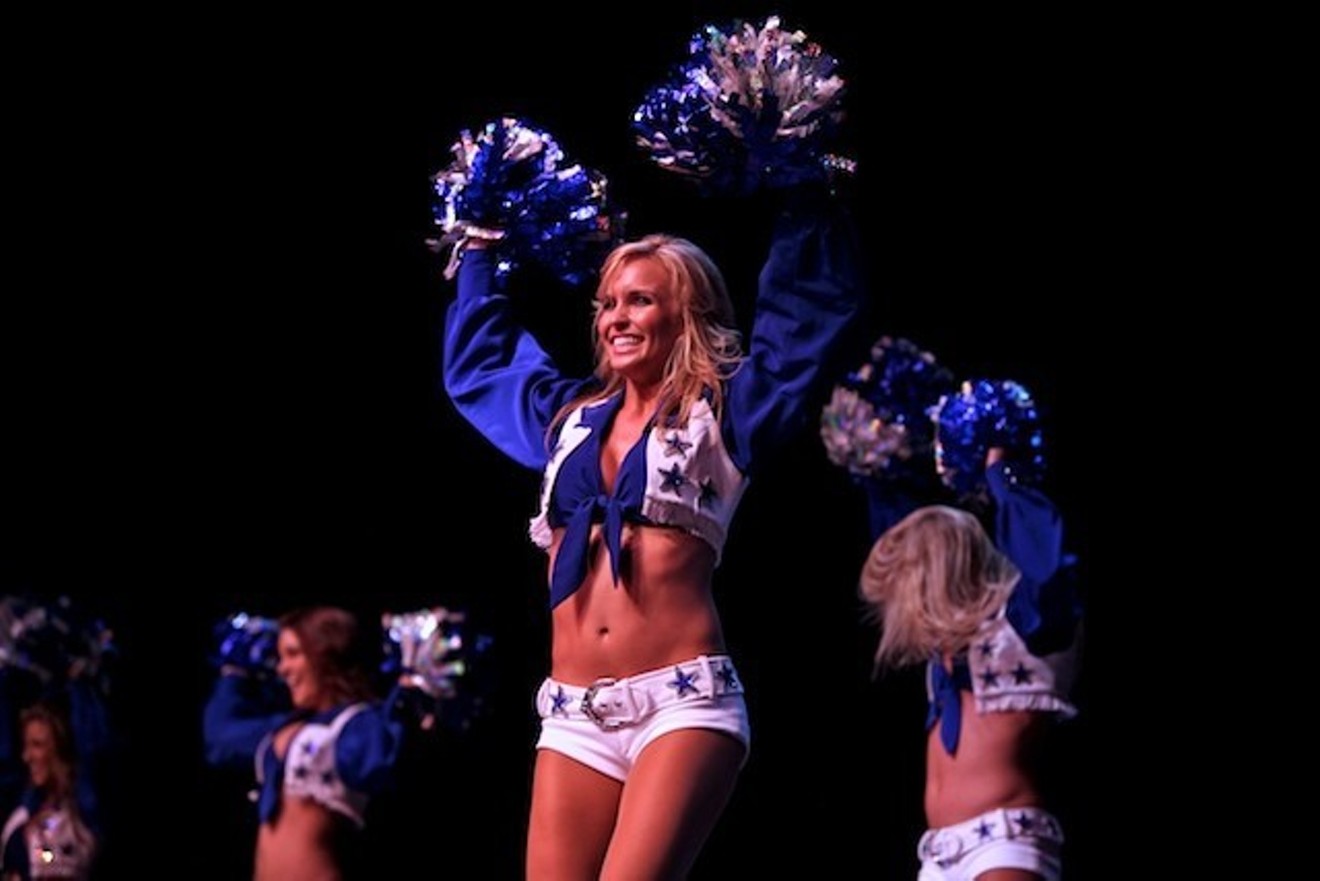 On Wednesday, Dallas Morning News columnist Sharon Grigsby shook my world when she wrote that the Dallas Cowboys Cheerleaders are outdated and little girls in the stands didn’t look up to them anymore.

If that was true, then 1,200 little girls wouldn’t have attended Junior DCC, a workshop for young dancers, last year.

Grigsby went on to write that there are a lot of jobs in sports for women, and they aren’t dancing on the sidelines.

“Today, women are part of team ownership, interviewing players on the sidelines or internationally famous in other sports,” Grigsby wrote.

Yes, they are. But not all women go to school for business or journalism. Some women spend their entire lives in the dance studio, because it’s creative and athletic. And they enjoy moving their bodies and they enjoy entertaining. Just like you and I enjoy writing about cheerleaders, Mrs. Grigsby? Some women enjoy actually being the cheerleaders.


“Today, women are part of team ownership, interviewing players on the sidelines or internationally famous in other sports." — Sharon Grigsby

And the women are athletic. I said it. Reread it. The Dallas Cowboys Cheerleaders are athletic, and I’m not taking it back. Because if I were to imply something like, that they simply “shimmy and shake” on the sidelines, that would be incredibly disrespectful. You don’t wake up one day and start shimmying and decide you want to be a Cowboys cheerleader. If that were the case, I would be on the field. Instead, you train your entire life in all areas of dance and then go through the monthslong, rigorous audition process, which includes tests on football and politics, as well as a multipanel interview.

Then, if you don’t get cut because you can’t remember all 50 of the routines, you become a Dallas Cowboys Cheerleader. Grigsby writes that the moves are “mostly pelvic thrusts, chest jiggles and bottoms up, long hair sweeping the ground” and once again, that is not true. If you were a dancer and paid attention to what the women are actually doing, then you would understand the amount of difficult dancing they are doing.

Mrs. Grigsby, there is no way you have possibly done the jump splits in freezing, football-game weather, because if so, you would know how incredibly hard it is and how taxing it is on your muscles. It’s been 10 years since I last did a jump split, and I still wake up in the middle of the night and have to pop my hips back into place.

Yes, the Dallas Cowboys Cheerleaders’ outfits are revealing and have sparkle on them. The same is true of world-renowned gymnasts’ outfits. But I understand why gymnastics is respectable. Because men respect gymnasts. If men understood the hard work cheerleaders put into their performances, I guess it would be OK to respect cheerleaders, too.

Just like those gymnasts, the Dallas Cowboys Cheerleaders are performers. And if you saw a man take a disgusting photo of a gymnast at the Olympics, would you write a column asking the venue not to show the women up close? And then suggest that the gymnasts wear pants?

The fact you witnessed a man take disgusting photos of these women is sad. And I agree with you. Men should be banned from football games. Oh, that’s not what you said? Oh, you blamed the women and the organization on how the man acted? Well, then never mind. I can understand how you would blame the women and their outfits, though, because when I would see Ryan Lochte swimming in a Speedo, I’d also take close-up photos and then wonder how it’s still OK for Lochte to exploit himself like that.

I will say this, however. There are problems with the Dallas Cowboys Cheerleaders organization, and I think the No. 1 problem is the pay. It’s been reported that the cheerleaders got a pay raise after former cheerleader Erica Wilkins sued the organization, but I can almost guarantee it’s still not enough. Most of these women are cheerleaders while also having a full-time job or going to school full time. There is no reason the cheerleaders — who have an entire TV show dedicated to them that is now airing its 14th season — should have to work two jobs. If football players don’t have to work a sales job during the day, then the cheerleaders shouldn’t have to either.
KEEP THE DALLAS OBSERVER FREE... Since we started the Dallas Observer, it has been defined as the free, independent voice of Dallas, and we'd like to keep it that way. With local media under siege, it's more important than ever for us to rally support behind funding our local journalism. You can help by participating in our "I Support" program, allowing us to keep offering readers access to our incisive coverage of local news, food and culture with no paywalls.
Make a one-time donation today for as little as $1.