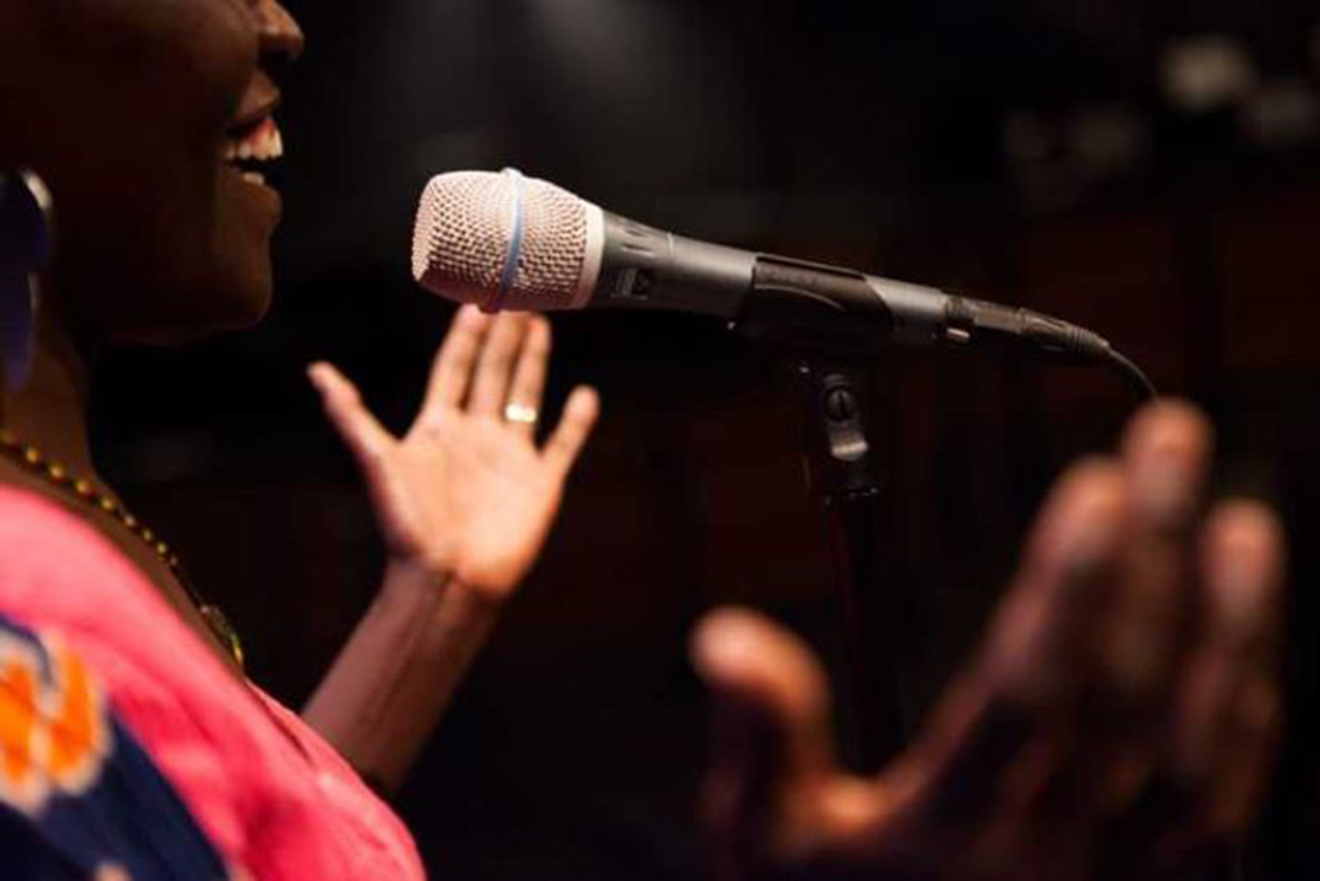 The Moth storytelling group is celebrating its 25th anniversary with a Pop-Up Porch Tour coming to town this week. Caroline Lacey
Everyone's got a story to tell. Now you've got a chance to share yours.

The nonprofit storytelling group The Moth is bringing its Pop-Up Porch Tour to town starting on Wednesday. The tour includes two stops in Dallas from Wednesday through Friday at the Latino Cultural Center, and Saturday and Sunday at Klyde Warren Park, according to the group's website. Both events will be free and open to the public from 11 a.m. to 7 p.m.

The Moth's visit will include a live Moth StorySLAM competition starting at 7:30 p.m. on Thursday at the Latino Cultural Center, in the Oak Farms Dairy Performance Hall. This event is sold out, but more tickets are expected to be released on the storytelling group's website and may be available at the door on the day of the event. Both events are part of The Moth's six-city tour

These two storytelling spaces will hold comprehensive clinics and chances to share stories, and the live event will give attendees a chance to try the methods and techniques they've learned in front of a live audience.

Each of the daily gatherings at the Latino Cultural Center and Klyde Warren Park will host story directors, instructors and producers from The Moth to help shape and present your story to an audience.
The StorySLAM competition will consist of 5-minute personal stories about "crossroads" people faced at a certain point in their life that changed the course of their careers, relationships and friendships. It could have been by "saying or doing something you can never take back, turning down the job, saying yes to the tattoo, breaking up with not-the-one," according to the nonprofit's website.

You'll be able to recognize this event because The Moth is also providing an actual porch to spin yarns to the nice people who stop by for a visit. It sounds like some kind of Pepperidge Farm live tour, but it's actually sponsored by General Motors. The tiny house porch is being hauled around town by a Chevrolet Silverado.

The Moth gets its name from one of those ol'-timey porch story sessions. This year marks The Moth's 25th year of sharing stories through its live story jams, shows and podcasts, such as The Moth Radio Hour broadcast on NPR. The Moth refers to the moths that would flutter around the porch light at night during storytelling sessions on a Georgia porch.

Novelist George Dawes Green, best known for The Caveman's Valentine, The Juror and The Kingdoms of Savannah, founded The Moth in 1997 in New York City as a way to recreate those evening storytelling sessions. The group held regular story sessions throughout the city, attracting names such as actress Kathleen Turner, writer Malcolm Gladwell, rapper Darryl "DMC" McDaniels, rapper and director Boots Riley and comedians Mike Birbiglia and Tig Notaro.
KEEP THE DALLAS OBSERVER FREE... Since we started the Dallas Observer, it has been defined as the free, independent voice of Dallas, and we'd like to keep it that way. With local media under siege, it's more important than ever for us to rally support behind funding our local journalism. You can help by participating in our "I Support" program, allowing us to keep offering readers access to our incisive coverage of local news, food and culture with no paywalls.
Make a one-time donation today for as little as $1.