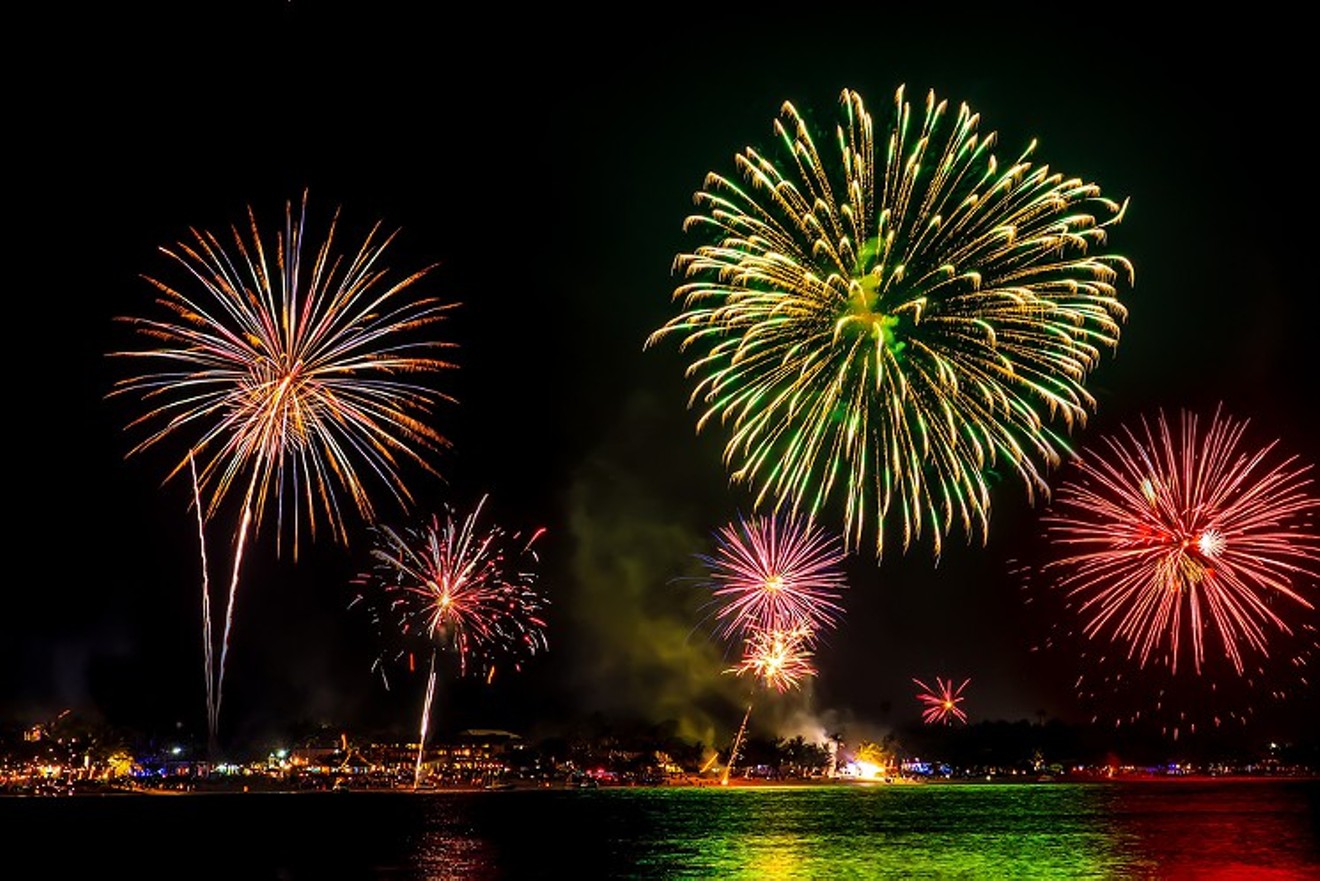 How are you starting the new year? Here are our best picks. Nate Samui
The rockets' red glare caused quite a scare during Plano's Fourth of July fireworks show.

Some of the rockets in the city's annual fireworks display launched in private fields veered off course and landed very close to some of the spectators. Other fireworks exploded on the field, starting three large brush fires that took firefighters about an hour to extinguish, according to a statement drafted by Plano officials.

The accident happened around 9 p.m. Saturday. The city moved its annual "All American Fourth" fireworks display from the Oak Point Park & Nature Preserve to some private fields in the Lavon Fields neighborhood due to the coronavirus outbreak. The city says there were no injuries or damages from any nearby homes or structures.

The accident was caused by a firework shell that exploded on the ground while it was still in its launching tube, called a mortar. The explosion set off several surrounding fireworks while they were still on the ground. City officials stated that the fire crews were already at the scene as a safety precaution. Crews from the Fire Marshal's Office and the unidentified pyrotechnic company that organized the fireworks show stayed overnight to find the safest way to remove fireworks that did not explode or fire after the crew ended the show six minutes early.

Onlookers watched the fireworks display from their homes or cars in nearby parking lots. Justin Weiss of Plano found a spot to watch the fireworks on a knoll on the Collin College Spring Creek campus near the tennis courts. He says the fireworks went off without a hitch until it started to reach its finale and the explosions started happening lower toward the ground.

"It looked like the mortars exploded lower to the ground than normal," Weiss says. "It looked like only the top portion of the explosion was showing. We didn't think much of it until I saw the burning orange flames, then smoke."

Several residents seemed very close to the fireworks that exploded near the ground, according to several YouTube videos posted by witnesses of the accident. A video taken by Sandra Gray Zeller showed some of the fireworks exploding closer to the ground near where spectators were standing.

An unidentified family with kids in the video rush to their car as fireworks start to explode near them. There's a cacophony of panicked voices from kids and adults as they pile into the car. The fireworks cease and flames can be seen across the street in the open fields.

"That's a problem," says one voice in the video. "That should not be that close."

John-Robert Iruegas says he was about 200 yards away from the accident in the recreation center's parking lot.

"The first thing I noticed were two fireworks basically light up at the ground," Iruegas says. "Then another, right after, shot towards Jupiter [Road] and it looked like it shot into the neighborhood, across the farm on Jupiter. There were a few loud booms and my mom leaned over and mentioned that it felt very close and the ground was mildly shaking as the fireworks were exploding on the ground."

Another YouTube video posted by Matthew Aviles shows the accident from a much closer angle. The person filming the fireworks on their smartphone wishes everyone a "Happy Fourth of July" just before a firework explodes on the ground about 100 yards away. Then the fireworks quickly move closer and start landing "all around me," says the unidentified person in the video.

An aerial drone video posted on the myTube YouTube page shows one of the fireworks firing on the ground and the brush fires that burned several acres of the field.