Rock Your Heart Out Shines a Light on Immigrant Artists 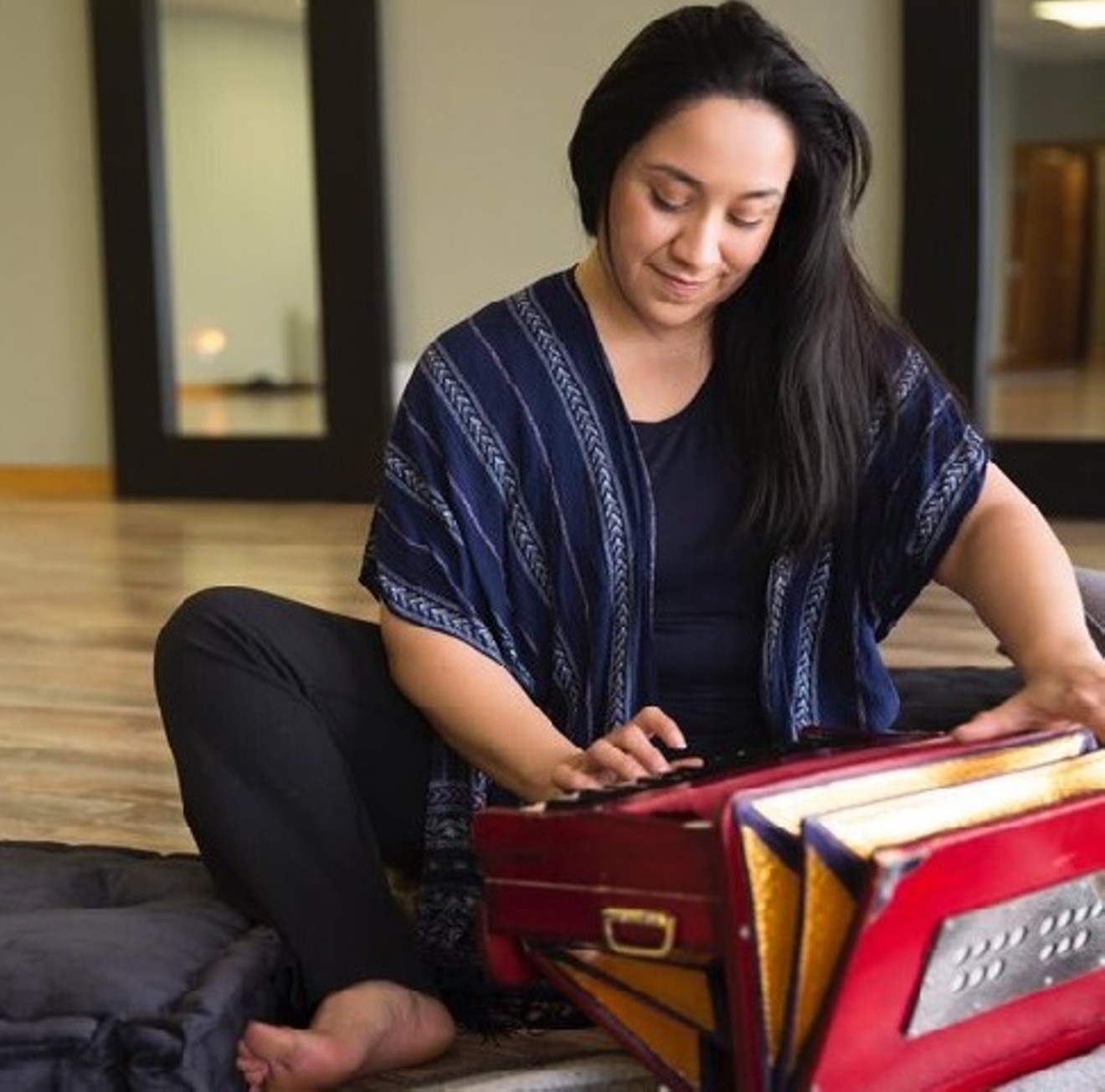 One of the Rock Your Heart Out performers, singer and actress Stefanie Tovar. Danielle Doby
Immigration is an issue this election season, and a group of Dallas-Fort Worth artists and storytellers is looking to continue the dialogue by focusing on immigration in the community.

Rock Your Heart Out will take place Saturday, Oct. 17, beginning at 6 p.m. A free, virtual event by the Human Rights Initiative of North Texas, it will showcase the works of 22 visual artists, 12 musicians and nine poetry performers.

The event was first held in 2016, when HRI’s former deputy director Kavita Chopra wanted to add a fundraising event to its roster. It started off as an art exhibition and a concert with an auction. The organization's marketing and special events coordinator, Maryam O. Baig, "inherited" the event in 2018, and she immediately saw it as an opportunity to launch an international conversation regarding human rights and immigration work done in Dallas.

“HRI provides 100% free legal and social services,” Baig says, “but what HRI can further provide is a platform where citizens of Dallas, and eventually patrons internationally, can listen firsthand to the stories of the vulnerable people we serve. This dialogue would foster creating safe spaces for our clients when their legal work has culminated and they step out in the community.”

In addition to her work at HRI, Baig is also a playwright and on the advisory boards for Deep Vellum Publishing, Theatre Three Inc. and Prism Movement Theatre.

“At any given day, there is a plethora of offerings in whatever medium one could desire,” Baig says about Dallas’ art community. “How is this possible, I often wonder. We are such a ‘province’ nationally considered 'uncouth' in ways of the arts and literature, so tiny on arts funding, so crippled by systematic racism, yet the Arts in Dallas keep chugging on ... I absolutely love that about my city and its artists.”

As a free celebration, Baig hopes that Rock Your Heart Out will bring the community together during a difficult time. One of the performers, singer and actress Stefanie Tovar, has used yoga to get through trying times in her life.

"We are such a ‘province’ nationally considered 'uncouth' in ways of the arts and literature, so tiny on arts funding, so crippled by systematic racism, yet the Arts in Dallas keep chugging on." –HRI's Maryam O. Baig

Tovar is the founder of Hanuman Homies, a yoga outreach nonprofit founded in 2017 that provides tools of yoga and wellness to underserved populations across North Texas. She has done yoga for most of her life, but began practicing it frequently to cope after her boyfriend died by suicide in 2006.

Through yoga, Tovar is able to keep herself grounded. While she is on tour, she makes herself feel at home by doing yoga in every city she visits.

“I love how yoga truly is a lifelong journey of discovery,” Tovar says. “There really is no end to learning all the different aspects of yoga, especially when awareness flows beyond poses.”

At Rock Your Heart Out, Tovar will perform an excerpt from her one-woman show, But You’re So Beautiful. She will also be performing her new single “Becoming.”

Interdisciplinary artist Nida Bangash will be showcasing some of her artwork for the Rock Your Heart Out auction. In her works, Bangash uses a range of mediums, including drawing, painting, video, photography and performance. She often takes inspiration from her Iranian and Pakistani backgrounds.

“As an Immigrant woman born in Iran and raised in both Iran and Pakistan, and now based in the U.S., I often wonder about the intersections of my identity,” Bangash says. “I have migrated twice and moved many homes. I long to belong.”

Bangash has donated her painting “I Am a Tree - 6” to the Rock Your Heart Out auction portion. If sold, 100% of the proceeds will go to help refugees in need.

“I Am a Tree - 6” is part of a series of paintings by Bangash inspired by a chapter titled “I Am a Tree” in author Orhan Pamuk’s novel My Name is Red. For “I Am a Tree - 6,” Bangash letter-pressed an excerpt of this chapter onto paper and painted it with an image of a tree and clouds.

“The text narrates a story of a lost drawing of a tree that was never completed into a painting, hence never found its way into a book accompanied by a story,” Bangash says, “so it is wondering which story was it meant to adorn and complete. After multiple suggestions it finally decides ‘I don’t want to be a tree, I want to be its meaning.’”

While this year’s Rock Your Heart Out may be different from its past versions, HRI hopes to shine a light on local creators and help bring joy into the hearts of the beholders.

“When there is precious little to celebrate, [Rock Your Heart Out] is a safe space where you can cheer on selfless humanity,” Baig says. “Join us.”
click to enlarge

“I Am a Tree - 6” by Nida Bangash is one work of art in the upcoming Rock Your Heart Out event.
courtesy Talley Dunn Gallery
KEEP THE DALLAS OBSERVER FREE... Since we started the Dallas Observer, it has been defined as the free, independent voice of Dallas, and we'd like to keep it that way. With local media under siege, it's more important than ever for us to rally support behind funding our local journalism. You can help by participating in our "I Support" program, allowing us to keep offering readers access to our incisive coverage of local news, food and culture with no paywalls.
Make a one-time donation today for as little as $1.