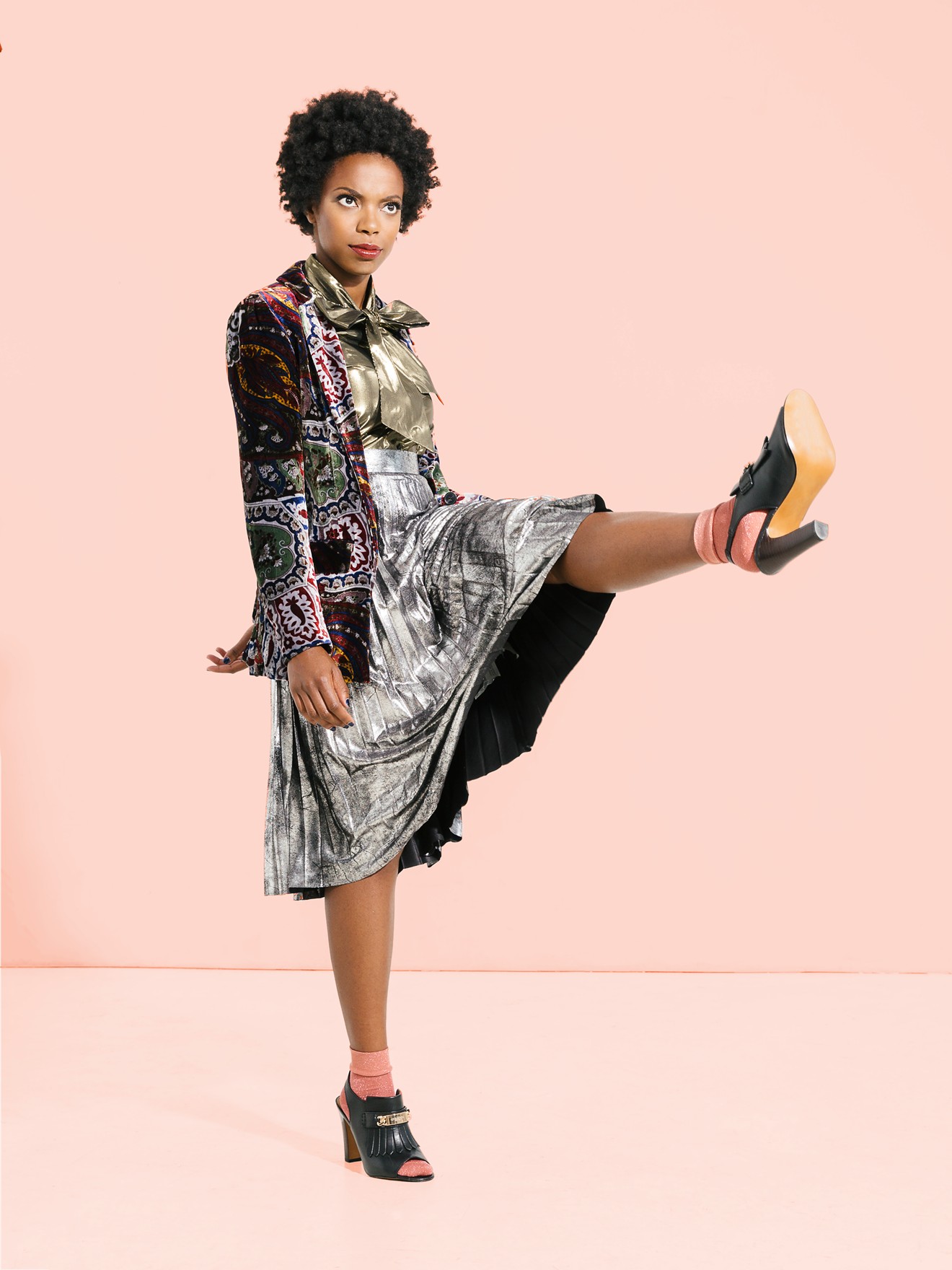 Sasheer Zamata will headline the Dallas Comedy Festival. courtesy the artist
Sasheer Zamata is a woman of many talents. While she gained prominence as a cast member on Saturday Night Live, she is also an accomplished writer, actress and stand-up comedian.

Zamata’s appearance at the Dallas Comedy Festival also serves as the one-year anniversary for her special. Pizza Mind is the rare kind of special that demonstrates the fact that stand-up comedy can and should be presented in new forms. Zamata breaks the conventional hour of a comedian onstage by interspersing cartoons and musical numbers as she shares insights. Her stand-up special visually engages the audience, not settling for the more common audio-only album.

Before Zamata's arrival in Dallas, we spoke to her about her journey in comedy so far and where we should expect to see her next.

You have experiences with multiple forms of comedy. Do you enjoy stand-up more or sketch/improvisational comedy more?
I like sketch, improv and stand-up for different reasons. I like the collaborative nature of sketch and improv. With improv. you get to create something new and original with people who think differently than you, who have different experiences than you, who may have had different improv training than you, and when it’s good, it’s amazing to be able to create this thing out of thin air. And sketch — it’s so nice to be able to find this succinct way to get a point across or get a game across or a joke across in a few minutes.

And with stand-up — I love it because I can take it anywhere. It feels like a very pure way of performing, being able to go in front of people and just speak and have them absorb your ideas and your opinions and your takes on things. I guess I like stand-up a lot right now because it feels like a very clear way to get my voice out to people, and I don’t necessarily need anything else to do that. I can just go by myself somewhere. I don’t need props, I don’t need other people — sometimes I don’t need a mic. I can just speak and directly connect with an audience, and I really love that.

We’re pretty much right at the one-year anniversary of your special Pizza Mind, aren’t we?
Oh yeah, we are. I should do something to celebrate!

How long would you say the writing process was to get that special ready to record?
It’s a little hard to measure because some of those jokes are pretty old. Not like very old — there may have been jokes that are five years old in there, but a majority of that was written in the last couple of years, so I don’t really know how to answer that.

I guess it’s easier to answer how long it will take to make my next special because it’s truly like I started after I recorded that special. So from 2017 until whenever my next special will take that much time. But for the first one, it’s such an accumulation of material I’ve created over the years. It’s kind of hard to say.

Since recording that first special, have you seen your approach to stand-up change? Is there something you might be more comfortable with now or topics that you wanted to tackle that you didn’t before?
I do think my material and the tone of what I’m saying changes naturally. As I get older and as my opinions change about things in the world, it’s going to be a reflection of that in my comedy, too. I feel like when I started doing stand-up, it was more like, “Hi, I’m a young person” or “I’m becoming an adult and isn’t that weird?”

And now I feel like I’m fully an adult and my tone has definitely changed in that regard where it’s like, “Now this is what I feel like as an adult, these are the decisions I make in that mindset as a person who’s over 30 and, you know, who has experienced things in the world.” So I think just by proxy, my attitude is going to change about a lot of things because I’m changing as a person, too. So you’ll definitely see a reflection of that in my material.

How long were you studying at Upright Citizens Brigade?
I started in 2009 and I was taking classes ... I guess 2009, 2010. I can’t really remember when I stopped. I think 2011 I stopped taking classes there. And I was performing on house teams there — I’m still on a team there. I’m on a team that performs every Friday, Bucky.

Did you find having that skill set you learned at UCB help you develop your stand-up in a different way than someone who never explored that side of comedy? Do you feel that gave you an edge?
Absolutely. I was taking improv classes and sketch classes and starting stand-up all at the same time. I thought it was very helpful because in my improv classes, you would learn things like repetition and call-backs and getting to the point of a scene very quickly. And that was all transferrable to sketch. My sketch classes, we would learn how to trim the fat and not include any extraneous information and finding the game in the first page. Which also helped me with my stand-up because I would learn how to form a joke that way, too.

It would be like, “OK, if I want to say this, I don’t need to give all this detail at the top, or if I want to be able to explain this joke in a thorough way, I need to have beats within the joke, or the fun idea of having a call-back later in my set." It always makes the audience happy when they’re like, “Oh great, you said the same thing again.” It just works for some reason. Even though they’re all different forms of comedy, they are trying to get to the same goal. So I found it immensely helpful to do all those things at the same time.

For you show March 31 at the Dallas Comedy Festival, Sasheer Zamata’s Party Time, what can the audience expect?
Party Time is a comedy variety show — there’s stand-up and music and that’s it (laughs). It’s a fun party. I want the audience to be a part of it. We do games with the performers and with the audience, and I just want it to feel like a fun, chill vibe where we can explore and be honest and party.

You’ve done so much in terms of different styles of comedy — is there any kind of project you haven’t done yet that you want to?
I really want to get into directing. I have directed a few shorts here and there, but I haven’t been able to do a big thing yet. I know I will eventually when I’m a little less busy, but I am excited to be able to express myself in a different way and have more of a behind-the-scenes scope of what’s going on.

Is there anything you’re working on we’ll be able to see soon?
I’m going to be in the movie I Feel Pretty with Amy Schumer and Busy Philipps and Aidy Bryant. It’s coming out April 20, and I think it’ll be be very funny. I’m also going to be in a movie called The Weekend — it’s an indie film. I actually don’t know the release date of that, but we filmed it last year, and that should be coming out … sometime [laughs]. I do Party Time in Brooklyn every month, but I will be touring with it here and there, so check my Twitter and my Instagram to see where I’ll be taking it.