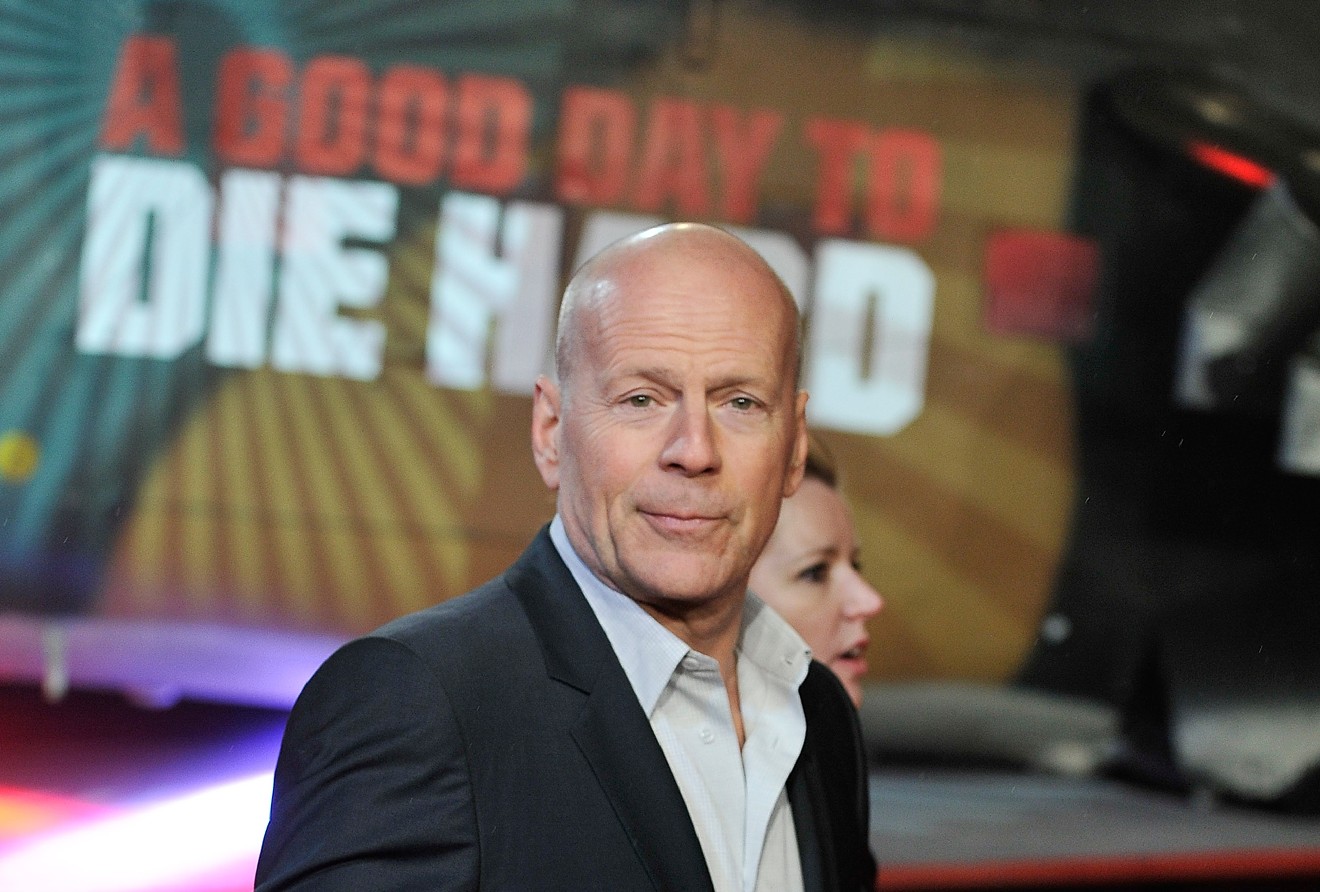 Just stop with the bad Die Hard sequels already and maybe look into our suggestions. Gareth Cattermole/Getty
It’s the holiday season again, so we can all look forward to an imminent debate regarding whether or not Die Hard is a Christmas movie. It is. It’s heartwarming. It’s about family. Certainly, it’s not nearly as violent and demented as Home Alone, the other holiday classic about a lone hero who is trapped with a gang of villains in an enclosed location.

Since its release in 1988, Die Hard has commonly been referred to as the greatest action movie of all time, and it’s perhaps inspired more imitators and knock-offs than any other film in cinematic history. One hero is, again, caught in an enclosed area and must defeat death-defying odds in order to save the day. How many times has that premise been used now?

In the over 30 years since its release, the phrase “It’s Die Hard on a ..." has been used by countless screenwriters in pitch meetings. To their credit, many of these pitches have developed into classics of their own right, but undoubtedly there are a few twists on the scenario that haven’t been used quite yet. We’ve compiled a list of some of the best films that use the Die Hard premise, as well as a few ones we’d still like to see.

Die Hard on a bus (Speed)
Perhaps the only Die Hard imitator that comes close to reaching the heights of the original, Speed gave us Keanu Reeves in one of his signature roles as LAPD officer Jack Traven, who must prevent a bus from going over 50 mph or risk detonating a bomb. It’s hard for any action movie villain to compare with Alan Rickman as Hans Gruber, but Speed’s sadistic terrorist Howard Payne (Dennis Hopper) gives him a run for his money.

Our pitch: Die Hard in a bowling alley
Imagine the number of creative killings that you could have in a movie using bowling balls and pins. All you need is an underappreciated lane attendant (let’s say it’s Paul Rudd) who gains an opportunity for recognition when robbers take over the alley.

Die Hard on a plane (Con Air)
Nicolas Cage’s (supposedly) New Orleans accent is responsible for some of the goofiest one-liners in cinematic history (including the infamous “Put the bunny back in the box”). A celebration of excess and collateral damage, Con Air is a camp classic that features some of the most creative villain names in any action film, including Cyrus the Virus, The Mariette Mangler, Diamond Dog, Pinball, Swamp Thing and Johnny 23.

Our pitch: Die Hard in IKEA
How many times have you gotten lost in IKEA? Now just imagine that a Hans Gruber-esque villain was on the loudspeaker. Admittedly, the possibilities with this one are so vast that there’s room for an entire franchise; “Die Hard in the bedroom section,” “Die Hard in the model bathroom,” “Die Hard in the food court,” etc. Just imagine: "Now I have Swedish meatballs, ho-ho-ho."

Die Hard on Air Force One (Air Force One)
Remember when presidents were heroic? Harrison Ford’s President James Marshall leads this creative spin on the subgenre of “Die Hard on a plane” movies. This is one movie president who spends less time complaining about voter fraud and more time shooting up bad guys.

Our pitch: Die Hard at Disney World
Die Hard was produced and distributed by 20th Century Fox, which means the rights have reverted to Disney for all future installments. We think that the Mouse House should take advantage of that and use their (now mostly vacant) amusement park as the setting for a summer blockbuster about a low-level ride operator who finds his inner John McClane.

Die Hard in Alcatraz (The Rock)
The late great Sean Connery lent his talents to many action movies, and The Rock sees him as a wrongfully imprisoned Alcatraz prisoner who must aid Nicolas Cage in stopping a rogue militia from taking over the famous offshore prison. Come for the explosions and car chases, stay for the surprisingly affecting bromance between Connery and Cage.

Our pitch: Die Hard during the Academy Awards
Somehow Bruce Willis has still never received an Oscar nomination, so maybe he’d finally get a shot if he did a Die Hard movie set at the Dolby Theater?

Die Hard in The White House (Olympus Has Fallen)
2013 saw the release of not one, but two “Die Hard in the White House” movies, and of the two, we’ll take the lean and mean Olympus Has Fallen over the bloated Roland Emmerich vehicle White House Down any day. Gerard Butler’s character, secret service agent Mike Banning, owes a lot to John McClane, particularly the one-liners (“Let’s play a game of f—- off, you go first” being the finest).

Our pitch: Die Hard at Pizza Hut
Because you know the phrase “buffet of bullets” will have to be used.

Die Hard in the future (Dredd)
We’re not talking about Judge Dredd, the doomed Sylvester Stallone vehicle from 1995, but rather the highly underrated 2013 actioner that saw Karl Urban don the Dredd mask as the judge, jury, and executioner in the post-apocalyptic urban landscape. Instead of being an all-out superhero movie, Dredd borrowed the Die Hard premise and trapped its titular hero in a futuristic skyscraper, where he must fight level by level to stop an evil drug syndicate.

Our pitch: Die Hard on the set of Die Hard 6
Bruce Willis has floated the idea of a sixth installment in the beloved series several times, but after the godawful A Good Day to Die Hard, we’d rather the series be laid to rest. However, what if the proposed sequel was reworked as a meta contextual story about a film crew taken hostage by rabid fans?
KEEP THE DALLAS OBSERVER FREE... Since we started the Dallas Observer, it has been defined as the free, independent voice of Dallas, and we'd like to keep it that way. With local media under siege, it's more important than ever for us to rally support behind funding our local journalism. You can help by participating in our "I Support" program, allowing us to keep offering readers access to our incisive coverage of local news, food and culture with no paywalls.
Make a one-time donation today for as little as $1.