The Next Dallas VideoFest Will Be the Last One, Says Founder Bart Weiss 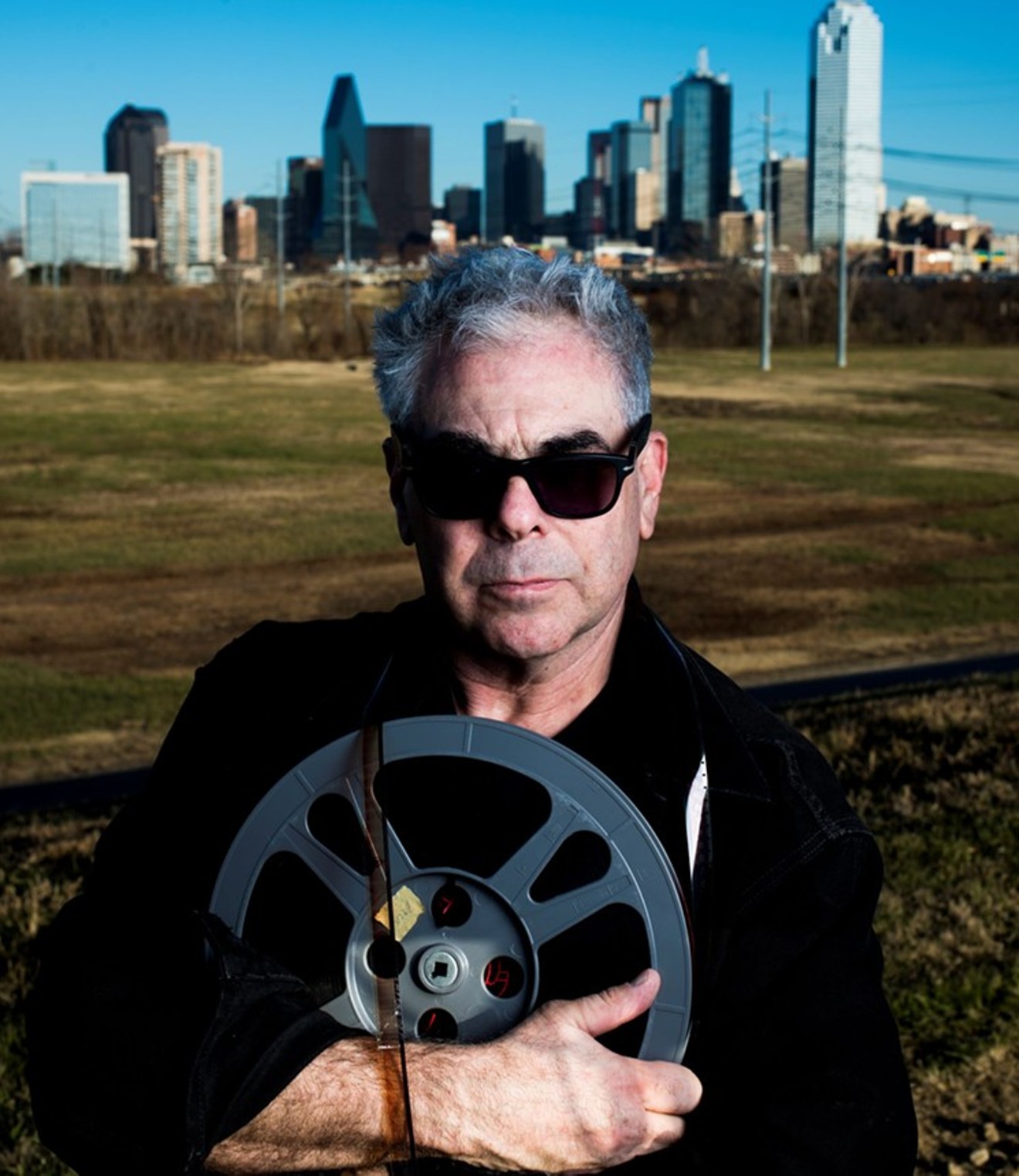 Bart Weiss, the founder of the Dallas VideoFest, says that the final incarnation of the film and media festival will be a "celebration of what we do and the community we serve." Can Turkyilmaz
When the first Dallas VideoFest launched in 1986, it started at a time when film festivals and media conventions weren't a weekly occurrence or even a massive industry like it is now.

A day-long "Video as a Creative Medium" event that inspired the four-day VideoFest was only one of two annual media gatherings alongside the Dallas International Film Festival. Now the Dallas Film Commission lists VideoFest alongside 21 other events such as the EarthXFilm festival, Black Cinematheque and the Asian Film Festival of Dallas.

"There was a time when everything we showed, you couldn't see anywhere in town," says VideoFest founder Bart Weiss, who recently announced that this year's event would be one of its last. The four-day VideoFest that starts on Sept. 20 is one of many film community gatherings, but the outpouring of support after the announcement was made shows just how much it stands out in Dallas' film and media groups.

"I'm deeply moved by just how many emails and text messages I've gotten from people," Weiss says. "Sometimes it's even hard to look at because it makes me sad, and happy from people I haven't talked to in a while. It's very moving."

VideoFest aims to celebrate the offbeat and interesting works of visual art in a variety of mediums. It also launched several spinoff gatherings, programming and media honors that have become their own annual events — such as the Big D Mobile Phone Fest for filmmakers, DocuFest and the Ernie Kovacs Award, a lifetime achievement honor for innovators in media that's gone to famous names like Mystery Science Theater 3000 creator Joel Hodgson, founding Monty Python member John Cleese, Strangers With Candy and At Home With Amy Sedaris. Weiss says all of those events will continue after VideoFest's end.

The annual gathering helmed by the Dallas Video Association aimed to showcase the best in visual art mediums through the evolving media landscape that started in the age of video cassettes to the current era of on-demand, mobile media stream-a-verse.

Independent media has also exploded thanks to the Internet, deep wells of content from streaming services and pocket-sized filming technology that can be easily stored and carried.

"A lot of what we set out to do was seeing things that are beyond the margin, just going beyond the first six pages on Netflix to find something more interesting," Weiss says. "Right now on Netflix, Amazon Prime and Hulu, and certainly on the Criterion Channel, are things that would've been interesting in showing or things we have shown."

Even though film festivals have grown in scope and focus, Weiss notes that they were not competitive. In fact, it's quite the opposite.

"Even though we are in competition for funders and films, we definitely work together," Weiss says. "There's no other city in this country that could pull a Best Of Fest twice. Everyone of us as programmers and festival management are in it for the right reasons, because we like the work. The people who run the festivals here care about the work." 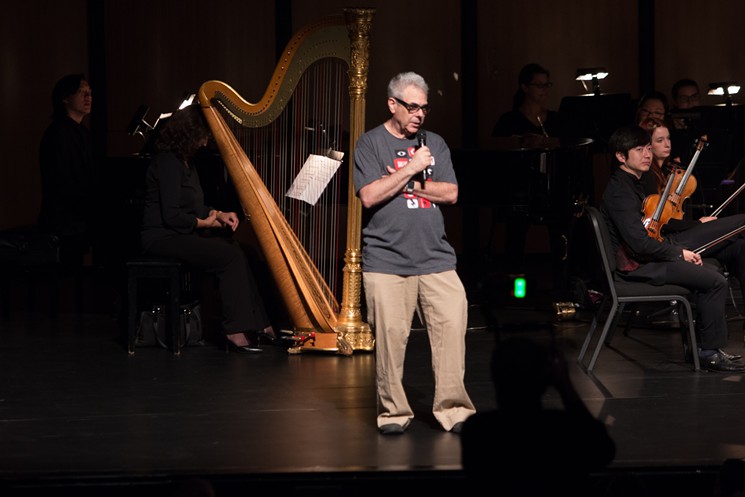 Dallas VideoFest founder Bart Weiss opens the VideoFest 29 in 2016 before a screening of the silent romantic film Sunrise: A Song of Two Humans accompanied by a live score from the Dallas Chamber Symphony Orchestra.
Video Association of Dallas
Weiss says it also made more sense to bring VideoFest to a close now while it's still ramping up its presence and influence. Programming for the final screening fest is still underway for September, but Weiss promises it will have "some really fun things" and "not one but several local premieres, local filmmakers premiering their films."

"Do we want to fizzle out and become irrelevant? We didn't want to do that," Weiss says. "Let's do one festival where everyone knows it's the last one."

Weiss says he has "no idea how I'll feel on October 4 when this is over," but he's grateful for the things it has done for Dallas, the filmmakers and audiences and for his own life.

"Almost everything that's happened in my life that's good has come out of this work," Weiss says. "So much good has happened because of this. I firmly believe the things you do in life in service to other people pay back far better than the things you do to yourself."
KEEP THE DALLAS OBSERVER FREE... Since we started the Dallas Observer, it has been defined as the free, independent voice of Dallas, and we'd like to keep it that way. With local media under siege, it's more important than ever for us to rally support behind funding our local journalism. You can help by participating in our "I Support" program, allowing us to keep offering readers access to our incisive coverage of local news, food and culture with no paywalls.
Make a one-time donation today for as little as $1.