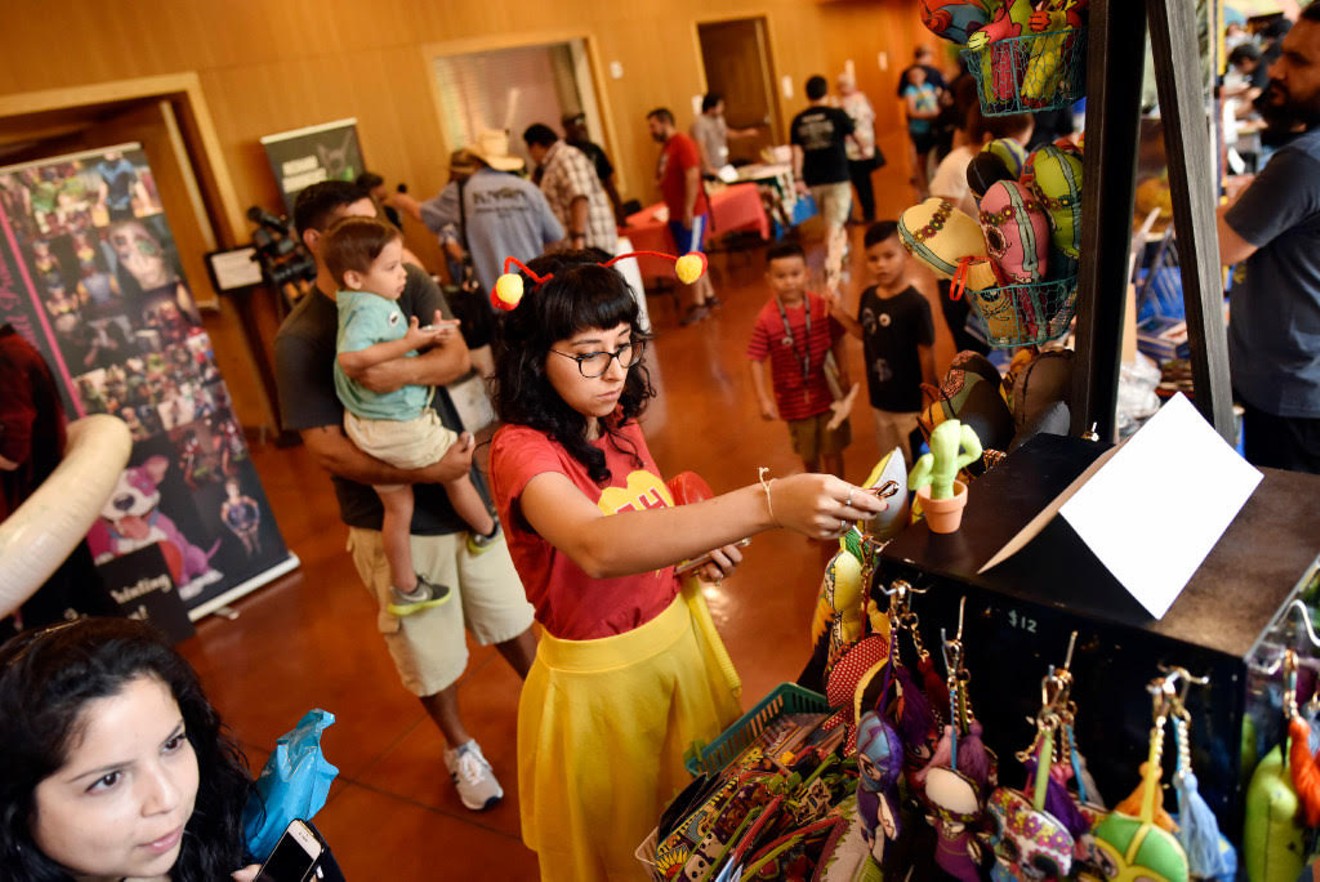 "With the resurgence of things being open, we felt it was a good opportunity to go back to our roots with the Latino Comic Con," says Hector Rodriguez, the comic artist and creator of the El Peso Hero series and founder of the Dallas comics convention.

The Texas Latino Comic Con returns to the Latino Cultural Center for an in-person gathering with some of the medium's most influential creators. Some of Saturday's guests include Rodriguez, Baldo creator Hector Cantu, cartoonist Miguel Aguilar and El Gato Negro creator Richard Dominguez.

The gathering will also include several panels and talks about comics with Dryfoot author and artist Jarred Lujan, artist Dianita Ceron and Frederick Luis Aldama, the chair of Humanities in the English department at the University of Texas at Austin — also known as Professor LatinX.

"It was such an amazing, positive event, especially with the current climate in the U.S. being very divisive," Rodriguez says, referring to the first gathering in 2018. "We felt it was a good opportunity to shine a positive light on our community. There's always something for everyone at the show."

The Latin comics community and representation in mainstream titles and series such as the DC and Marvel Cinematic Universes have grown since the start of the Texas Latino Comic Con. Marvel added Mexican actors Tenoch Huerta and Mabel Cadena to the upcoming sequel Black Panther: Wakanda Forever, and DC Comics is working on a Blue Beetle film adaptation starring Cobra Kai's Xolo Maridueña.

Dominguez, who created El Gato Negro while living in Dallas, is also developing a television series of his comic book series with El Mariachi, Sin City and From Dusk Til Dawn director Robert Rodriguez, according to the Hollywood Reporter.

"Hopefully, we'll see a lot more of our own characters on the big screen," Rodriguez says.

"We felt it was a good opportunity to shine a positive light on our community. There's always something for everyone at the show." – Hector Rodriguez


Rodriguez also cites creations like DC Comics' Batman: Urban Legends series and Image Comics' Home series created by Julia Anta and Anna Wieszczyk, a tragic and all-too-familiar story about a boy who develops superhuman abilities after he's separated from his mother while seeking asylum in the U.S. Rodriguez says these stories create positive steps toward improving the community's representation.

"There's been a resurgence of Latino creators in comic books, especially in mainstream comic books," Rodriguez says. "There's a huge struggle to meet that need of Latino representation still in movies and especially in the superhero genre. There's a huge disproportion of tickets sales that Latinos are contributing to the cinema and the Latino world in those movies and that's one challenge."

Rodriguez also helped created a new Latin comic book imprint with writer David Bowles called Chispa Comics under the Scout Comics brand. He says they plan to release several series with Latin themes, characters and stories including a "Rick and Morty"-style series called Mashbone and Grifty, a horror anthology called Catrina's Caravan and a series based on the upcoming horror film Black Demon.

Representation in comics can make a huge difference for the Latin community because comics cast a deep and detailed reflection of the people who read them.

"There's something intuitive seeing yourself in the stories you read that's incredibly powerful, especially for young readers being represented in the stories they reach," Rodriguez says. "That can definitely bridge the gap of reading comprehension and fluency but also seeing that our stories are being shared out in the open world is uplifting for our community."
KEEP THE DALLAS OBSERVER FREE... Since we started the Dallas Observer, it has been defined as the free, independent voice of Dallas, and we'd like to keep it that way. With local media under siege, it's more important than ever for us to rally support behind funding our local journalism. You can help by participating in our "I Support" program, allowing us to keep offering readers access to our incisive coverage of local news, food and culture with no paywalls.
Make a one-time donation today for as little as $1.