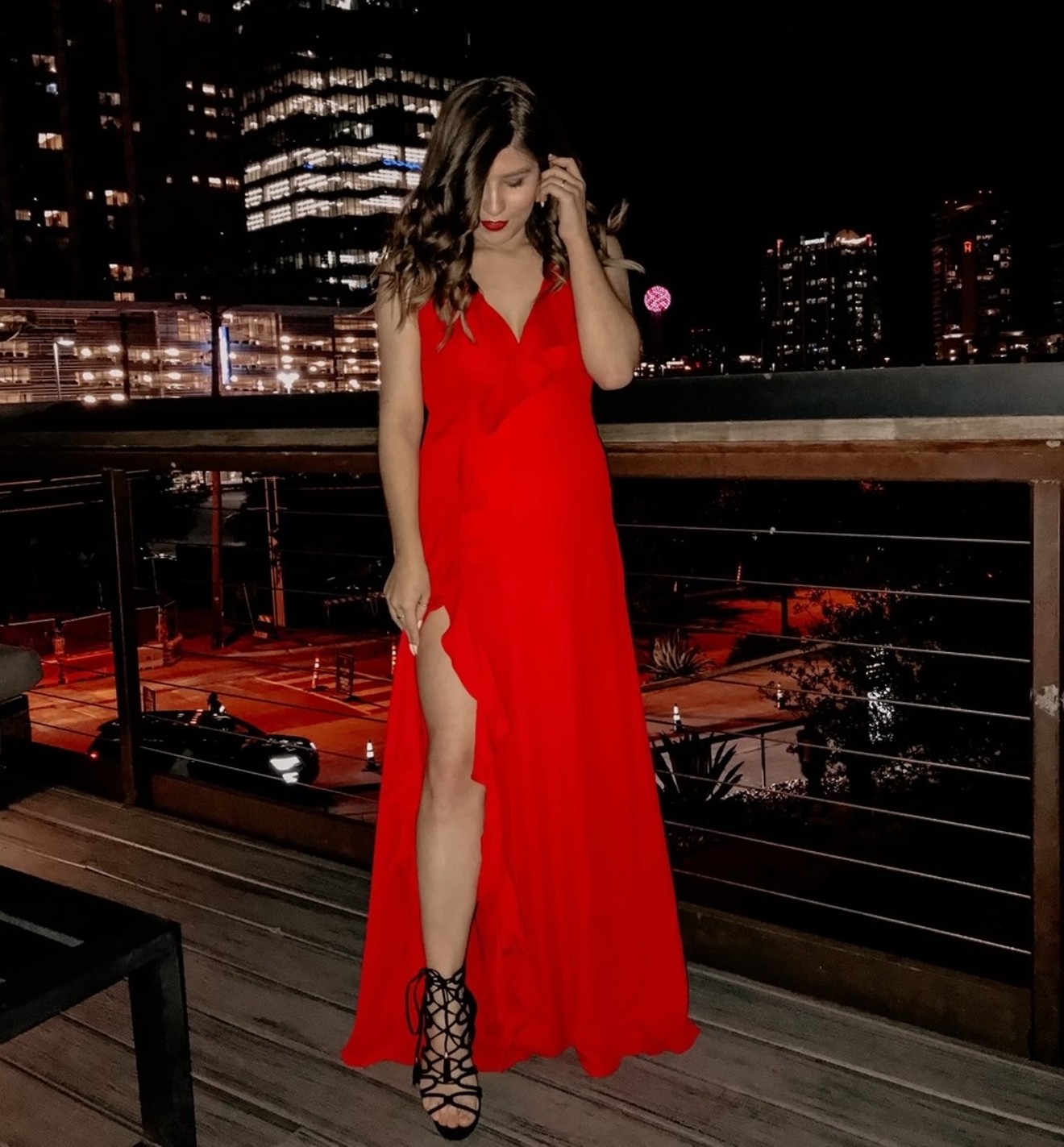 The Basic Blogger Bitch says to import yourself a man because the Dallas dating scene is trash. Alexandria Ashraf
Now that we’re past those summer night hookups, or not, Dallasites are gearing up for cuffing season and looking for a cuddle buddy to bring home for the holidays. Local TikTokers are saying to look elsewhere. Dallas is called a dating dumpster.

“I’m really into the concept 'import yourself a man,'” says Alexandria Ashraf, a Tiktoker and blogger known as The Basic Blogger Bitch. “Go get him somewhere else.”

Ashraf is not one to balk away from giving her opinion on Dallas men. Her Tiktok and Instagram pages are brimming with satire jabbing at Dallas’ inventory of eligible bachelors. Ashra says her inbox confirms that her opinion is not an isolated one.


“My first horrible experience that spurred the whole thing, like talking about it on social media, was when I was talking to this guy who said that he was getting a divorce, but then I found out that he actually wasn't divorced, he was still married, and he also had a girlfriend that he had kids with,” Ashraf says. “So I was really like the third girl and that's what led me to take it to social media and be like, ‘Y'all I've been in Dallas, I dipped my toes, and it’s trash.’”

According to Ashraf, the typical Dallas bachelor does not want to commit and keeping his options open is fundamental.

“Dallas men were the original fuckboys because like anything used to describe like your fuckboy, that is it honestly,” Ashraf says.

Urban Dictionary describes a fuckboy as "a boy who plays with girls' feelings, doesn’t really like them and would say anything to have sex with them."

Ashraf’s followers agree with that definition, and Ashraf has the experience and receipts to back up the claim.

Through her temporary online merch store, Shop Petty, Ashraf was able to monetize her dating woes. Due to demand from her following, she stocked the store with apparel and merchandise emblazened with quotes along the lines of “I would have slept with you, but rejected you the next day” taken from messages she's received directly in her inbox.

Be that as it may, Dallas Realtor KC McKeown has also taken to TikTok with his take on Dallas’ bachelorettes.

Oh the drama that could unfold.. but I’m not about that. ##fyp ##dramatok ##growup ##notlove ##distractions ##calledout

According to the TikToker, Dallas’ eligible women aren’t a far cry from their male counterparts, contributing to McKeown’s long-term singledom.

On Hoyos' podcast, Date and Debate, she discusses relationships and dating. In 2020, Hoyos participated as a host on The Pitch, a local YouTube-based dating show. Through her ventures and experience as a Dallas single, Hoyos has endowed herself with intimate knowledge of the Dallas dating scene.

“I don’t want to bash Dallas men; it’s just a really weird time to date,” Hoyos says. “Dallas is superficial in a lot of ways … with social media it is really easy to not give people enough of a chance.”

“There's a short window to make a real impression in this virtual social media-driven world.” Hoyos says. “It's really hard to not question if there's something or someone else outside of what you're experiencing at that moment.”

Both Hoyos and Ashraf say that Dallas’ dating scene is reminiscent of a frat party — one that's eternal. Singles flock to material possessions as if they qualify as personality traits. Authenticity, vulnerability and honesty are traded for latest-model vehicles, bottle service and designer threads.

“I think that men really need to just kind of like remove the mask and be themselves and not feed into this superficial culture that has been built in Dallas,” Hoyos says. “I think they're really good guys that just fall into that frat boy lifestyle, but in their hearts, they're really really good people.

She advises Dallas singles to join social groups, gyms and organizations that resonate with a personal interest or passion to meet singles organically. Networking among like-minded friends is another recommended avenue for those hoping to couple up.

“I think at the end of the day everybody, men and women, want the same thing,” Hoyos says. “We all want to find that one true love and I think that we just have to, like, start digging into ourselves and being true to ourselves and being more authentic.”
KEEP THE DALLAS OBSERVER FREE... Since we started the Dallas Observer, it has been defined as the free, independent voice of Dallas, and we'd like to keep it that way. With local media under siege, it's more important than ever for us to rally support behind funding our local journalism. You can help by participating in our "I Support" program, allowing us to keep offering readers access to our incisive coverage of local news, food and culture with no paywalls.
Make a one-time donation today for as little as $1.