We Counted Every Curse Word in Every Quentin Tarantino Movie 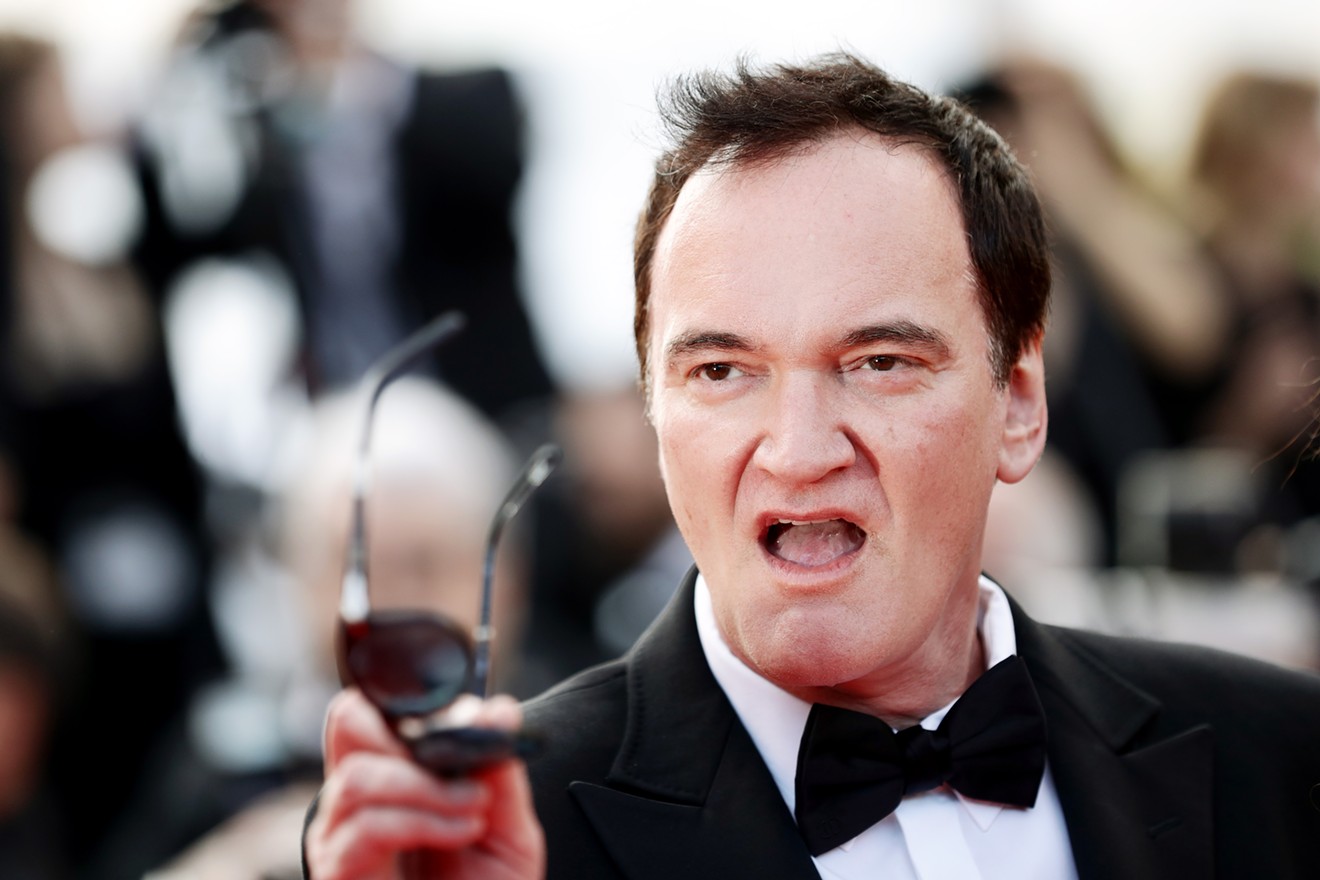 Quentin Tarantino loves the F-word. No, not "feet," though he loves that too. Vittorio Zunino Celotto/Getty
They call journalism the "fourth pillar of democracy,” and while it can and should hold powerful individuals accountable, the profession hasn’t exactly answered the one question that is truly on everybody’s mind: How many curse words do each of Quentin Tarantino’s movies use?

This question has resurfaced in light of Tarantino’s new film Once Upon a Time in Hollywood, which was released Thursday. The film has received generally favorable reviews from critics, but in true Tarantino fashion, it was not without its controversy. People were especially not too thrilled about Margot Robbie’s character (Sharon Tate) having little presence in the way of dialogue (we counted 242 words said by Robbie), or what they perceived to be a callous decision to touch up on Tate’s murder by the Manson Family (we won’t spoil it for you, but this was actually done tastefully.)

This controversy, of course, is incredibly tame compared with that of other Tarantino films such as Jackie Brown and Django Unchained. Let’s just say that Tarantino has, uh, a few favorite words, and these words have enjoyed about as much screen time as Uma Thurman.

So just how profane was Once Upon a Time in Hollywood? We actually went to a screening with a notepad and tallied each profanity that was used, and here’s what we found: 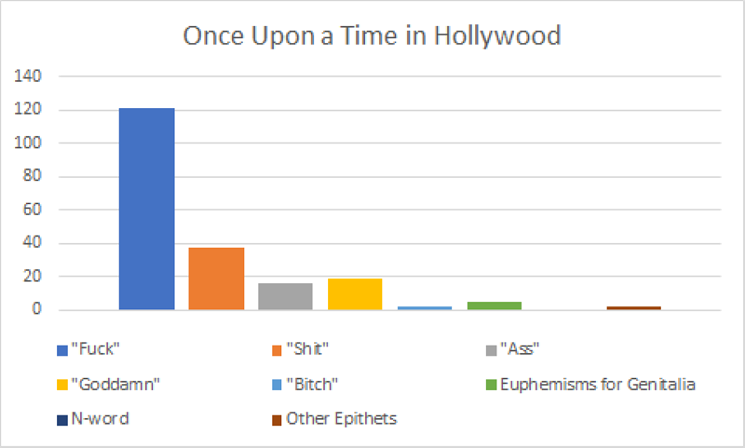 Dallas Observer
As you can see, this movie has a rather gratuitous use of the word “fuck.” Not exactly unprecedented for Tarantino, but still an astonishing number. You may also notice that his infamous use of the N-word is not found once in this movie. Maybe Spike Lee finally got through to him after all these years.

But how do these numbers compare with those of preceding films? We compiled data for that, too: 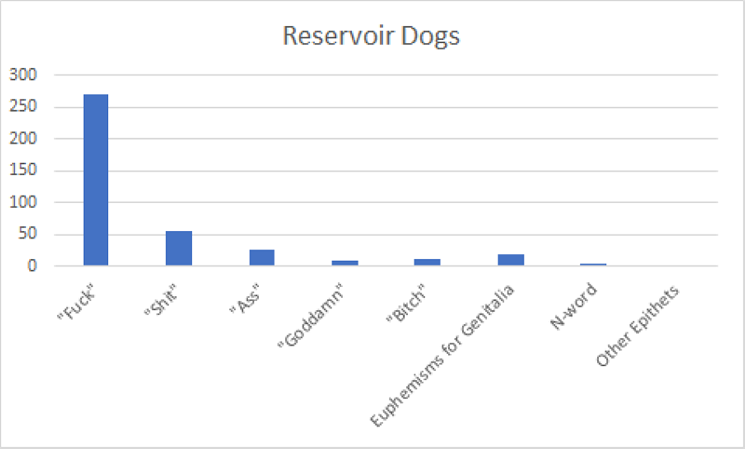 Dallas Observer
Tarantino’s 1992 movie Reservoir Dogs actually takes the cake for the film with the most frequent use of the word “fuck.” That expletive was used in this movie 269 times, which puts it ahead of its 1994 successor Pulp Fiction by just four points. Reservoir Dogs also uses euphemisms for genitalia the most frequently out of all Tarantino films – 19 times, to be exact – and nine of those were used by Mr. Brown in discussing Madonna’s “Like a Virgin.” 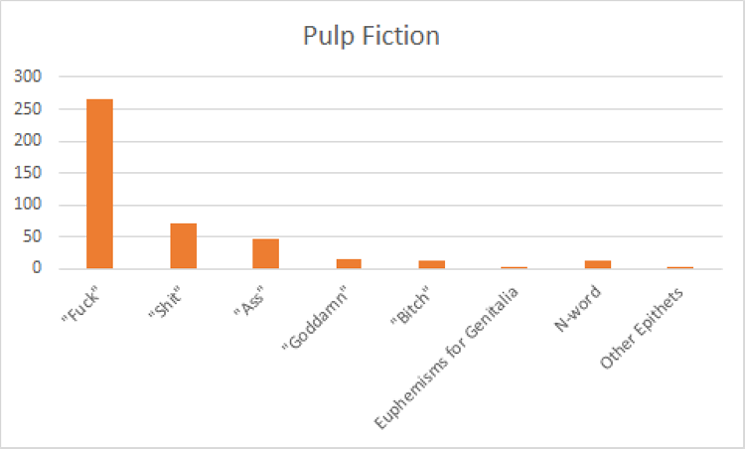 For this one, we put the word “motherfucker” under the same umbrella as “fuck.” Apologies to Samuel L. Jackson and his wallet. 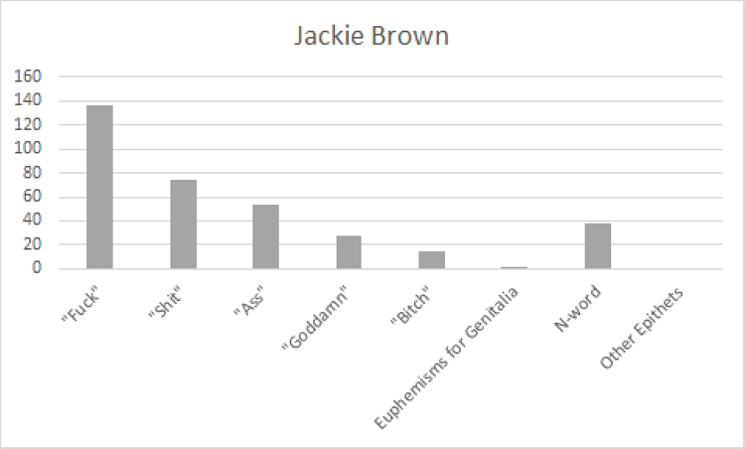 As controversial as Jackie Brown was for its excessive use of the N-word, its previous record of 38 usages was eventually broken almost threefold in 2012’s Django Unchained. Both films tie for first place for the most frequent usage of the word “bitch” (used 15 times in each). 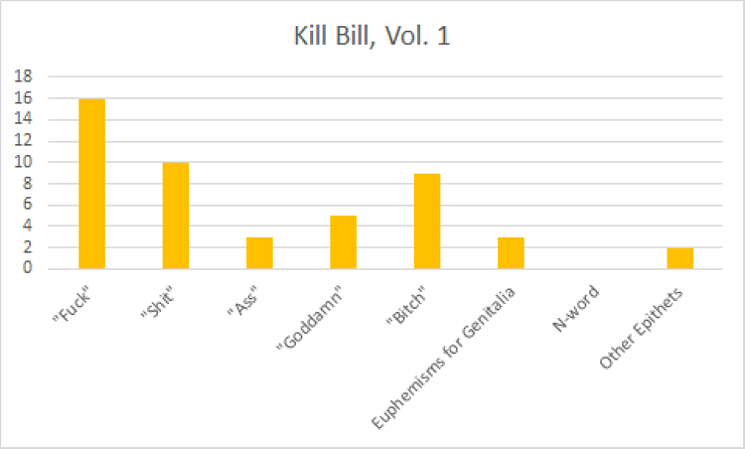 Dallas Observer
In looking at these numbers, you may notice an impressive amount of restraint on Tarantino’s part. Saying “fuck” only 16 times is what Tarantino would do while giving a toast at a wedding. 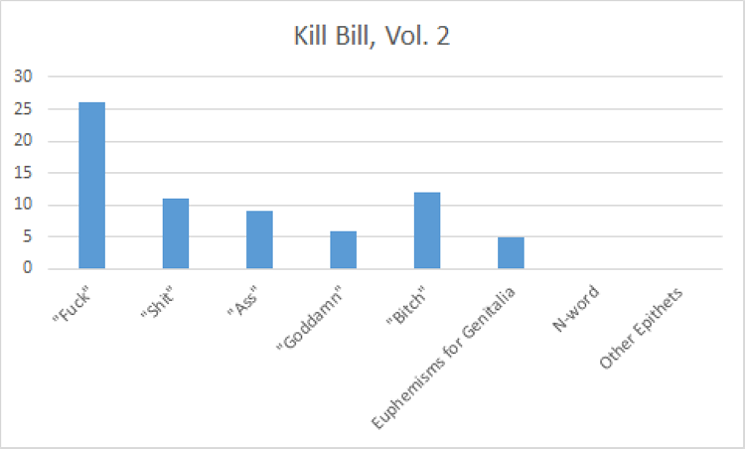 Dallas Observer
In Kill Bill, Vol. 2, the word “fuck” is used at a more gratuitous count of 26. You’d use that word more generously, too, if you had your eyeball ripped from its socket. 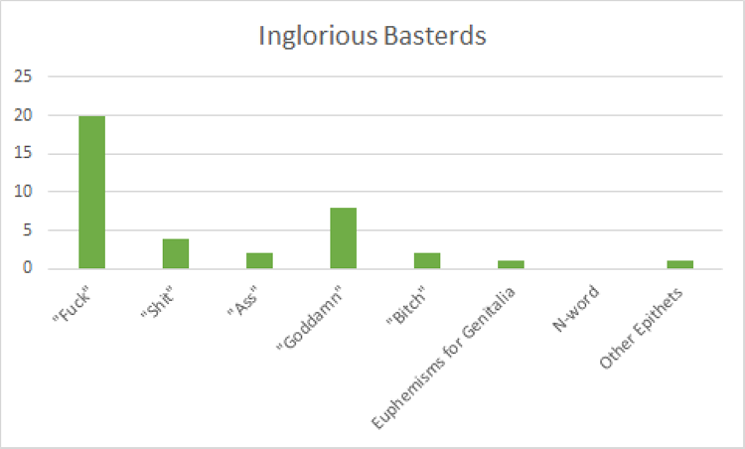 For a movie about Nazis, there is a refreshing lack of anti-Semitic slurs (that should never have to be said, but remember, this is Tarantino we’re talking about here.) Also, despite what its title may indicate, the word “bastard” isn’t used in this film once. 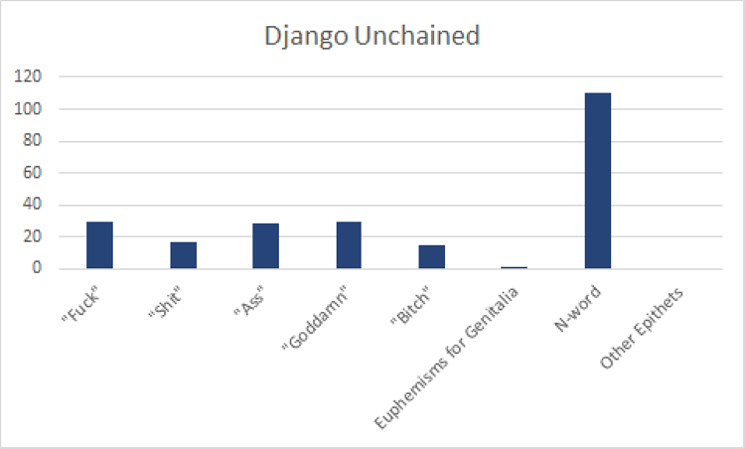 110 usages of the N-word is staggering, but with only one euphemism for genitalia in Django Unchained, it’s safe to say that the ‘D’ was definitely silent. Ba dum… Tss! 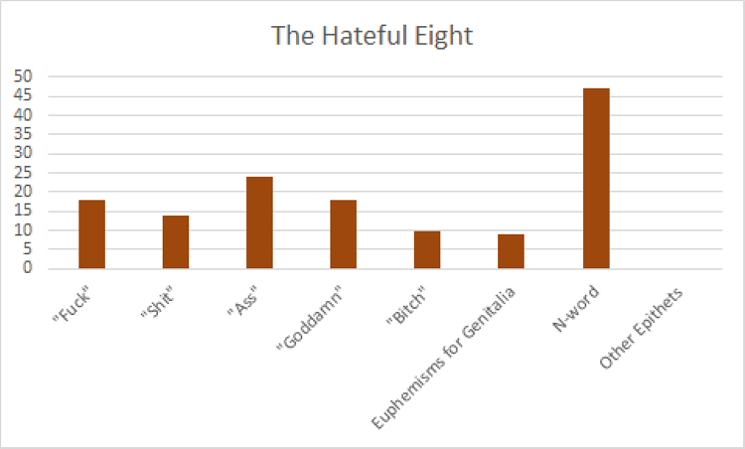 The Hateful Eight uses the word “fuck” only 18 times, but the N-word usage is almost on-par with that of its predecessor. Nine euphemisms for genitalia have been used in this film, and the lion’s share of those include a scene in which Samuel L. Jackson’s character says “pecker,” “dingus” and “johnson.” That same character later gets shot in the testicles.

With that out of the way, here’s how all of these charts aggregate: 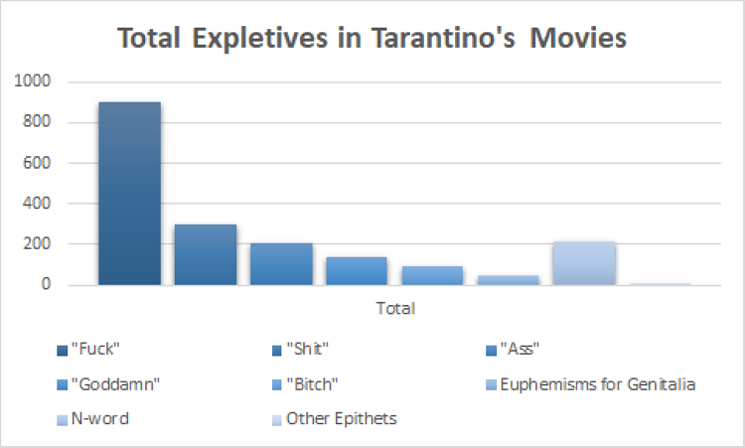 Dallas Observer
KEEP THE DALLAS OBSERVER FREE... Since we started the Dallas Observer, it has been defined as the free, independent voice of Dallas, and we'd like to keep it that way. With local media under siege, it's more important than ever for us to rally support behind funding our local journalism. You can help by participating in our "I Support" program, allowing us to keep offering readers access to our incisive coverage of local news, food and culture with no paywalls.
Make a one-time donation today for as little as $1.