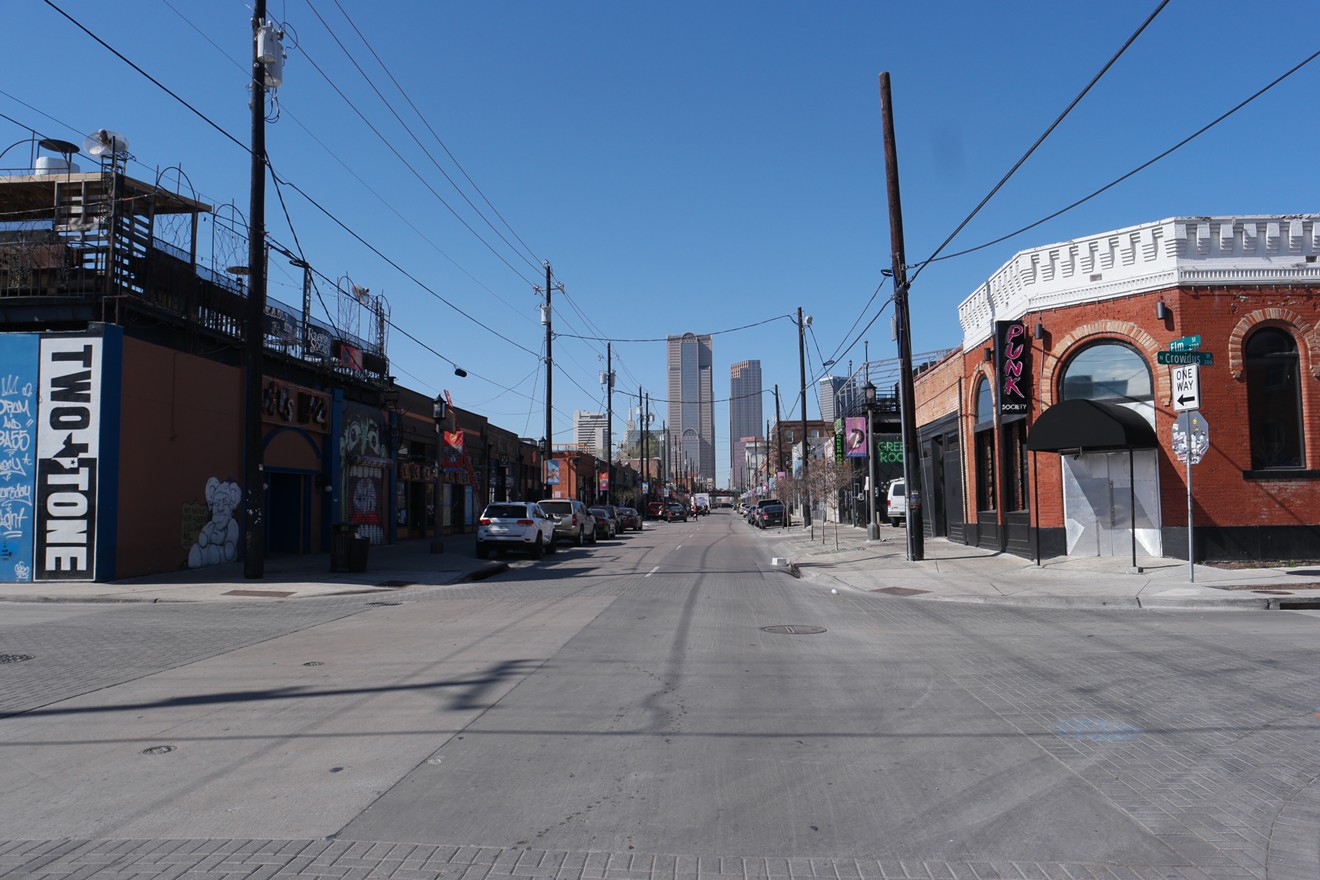 The designation by the commission is an opportunity for the district to advance economic development for local businesses in the neighborhood — including venues, art galleries and restaurants — which have all faced financial setbacks this year due to the growing COVID-19 pandemic.

Socially-distant art galleries, six-feet markers outside of restaurants and advocating for legislation are a few examples of what the Deep Ellum Foundation, an organization that seeks to improve the area, is doing to counter this year's setbacks.

By partnering with music venue Deep Ellum Art Co., Deep Ellum Foundation will introduce Beyond the Streets, an art exhibition highlighting recent protest artwork. The venue's outdoor art gallery, where social distancing measures will be encouraged, will include decorated wooden panels that were once sealed over businesses that were briefly closed during summer Black Lives Matter protests.

Deep Ellum Open Studios, an event showcasing local arts, will also adhere to the proper gathering guidelines. The Oct. 17 event will include works from local artists such as Mariel Pohlman and Steven Reeves with additional works from Deep Ellum Art Co., Kettle Art Gallery and the Maestri Gallery.

Continuing their advocacy, the Deep Ellum Foundation also endorsed a letter encouraging federal lawmakers to fund regulatory relief to local businesses in the neighborhood, though progress from Congress is unsurprisingly minimal, and the foundation doesn’t expect any real action until the new session next year. That federal inaction has led the nonprofit to continue to seek ways to support the community.

“Deep Ellum always comes back and always will come back.” – Stephanie Keller Hudiburg, executive director of the Deep Ellum Foundation

“Our restaurants and our bars have been struggling in this environment,” Stephanie Keller Hudiburg, executive director of the Deep Ellum Foundation says. “Figuring out how we can best support them is important.”

The foundation is also working with law enforcement by increasing out-of-uniform security presence and on-duty police officers in the area as establishments begin to open amid safety concerns. In August, Deep Ellum had four separate reported shootings.

While shootings can occur in multiple parts of Dallas, the foundation's effort is to reduce violence as much as possible in Deep Ellum, Hudiburg says. These safety measures are a part of a bigger measure of reform for Deep Ellum. As a state-recognized cultural district, Deep Ellum is able to receive state grants and additional eligibility for arts projects and organizations that are based in the area.

An app that will launch in 2021, which shows the history and culture of Dallas, will include Deep Ellum. It's one of the many approved projects in the works from the Deep Ellum Foundation.

The iconic district’s place in Dallas is complicated as changes to the neighborhood are constant with the underlying uncertainty of COVID-19 and concerning instances of violence. A cultural district recognition won’t change everything; instead, it is now an additional step of reform for Deep Ellum.

“[Deep Ellum] is at its heart, a community,” Hidiburg says. “Deep Ellum always comes back and always will come back.”
KEEP THE DALLAS OBSERVER FREE... Since we started the Dallas Observer, it has been defined as the free, independent voice of Dallas, and we'd like to keep it that way. With local media under siege, it's more important than ever for us to rally support behind funding our local journalism. You can help by participating in our "I Support" program, allowing us to keep offering readers access to our incisive coverage of local news, food and culture with no paywalls.
Make a one-time donation today for as little as $1.