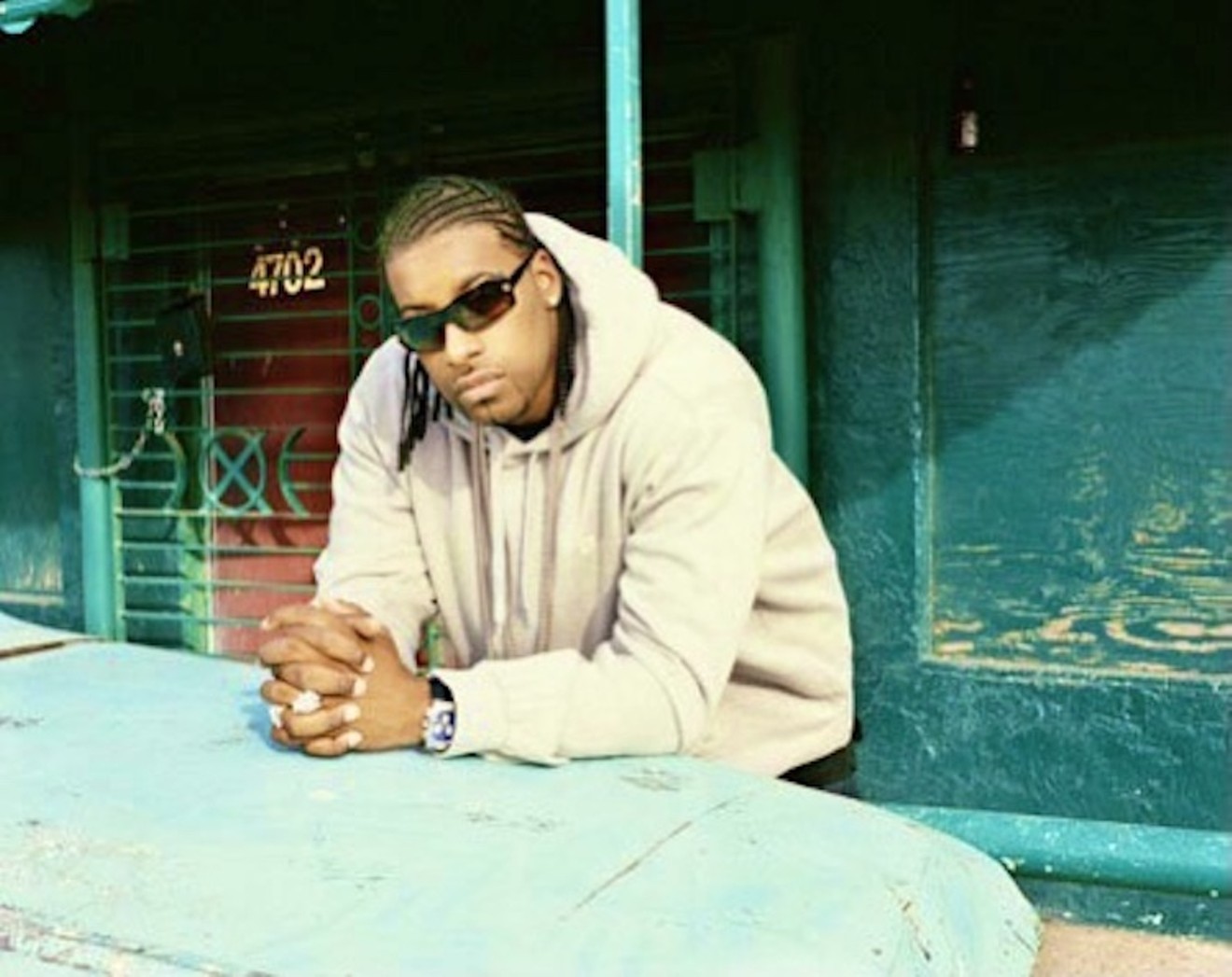 CORRECTION, 12:06 p.m., Dec. 7: The original version of this story included a photo of artist Tum Tum, mistakenly identifying him as Big Tuck.

When Dallas native Taylor Crumpton received the opportunity to write about an album for a book series by New York Times-best selling author Shea Serrano, she knew she had to document Dallas’ influence on hip-hop.

Serrano selected five journalists from a pool of applicants to each write a 3,000-word essay about a rap album of their choosing for his Halfway Books PDF series; all five of the essays were released last Tuesday. While some of the other writers chose critically acclaimed classics, like The Notorious B.I.G.’s Life After Death or Lil Kim’s Hard Core, Crumpton chose Big Tuck’s Purple Hulk, an album with special meaning to her and to Dallas.

Crumpton credits her mother for priming her love for hip-hop by listening to Tupac while she was still in the womb.

“I think it’s so funny because a lot of times hip-hop is viewed and classified as this male genre that's like, passed down from father to son,” Crumpton says. “And my father is not a hip-hop head at all.”

At the time of Purple Hulk’s release in 2004, Crumpton was about 8 years old. Her mother and father had divorced and she was the only daughter of a now-single mother.

Some of Taylor’s most fervent childhood memories include listening to Purple Hulk with her mother, who identified very much with Big Tuck’s lyrics.

“My mother spent so much time driving around Dallas back in the day,” Crumpton says. “A lot of my childhood memories are being in the passenger seat with her as we drove to pawn shops and check cashing places and things later that I realized as a child, like ‘Oh, those aren’t everyone’s experiences,’ but to me were so commonplace.

"Because, in theory, my mom was a single parent who was a hustler. She identifies so much with gangsta rap because she always had to struggle to get by, to think about how we were going to get the bills paid on the 30th and 31st of the month.”

Her mother’s hustler spirit mirrors Big Tuck's. Tuck released Purple Hulk without any label backing, and he and his group Dirty South Rydas would drive from Dallas to Houston to drop his CDs off at record stores for sale  on consignment. He would make the same record release voyages to Louisiana and Oklahoma.

While it took Tuck a while to garner national attention, songs like the Tum Tum-assisted “Tussle” quickly became his signature, allowing him to slowly build a following.

“Our biggest market, out of the blue, was Pensacola, Florida, for some reason,” Tuck recalls. “We were on our way to Texas A&M to perform in a show, and we got a call from Roy Jones Jr. He was the first person to book us a show out of town. He was telling our manager, George [Lopez], ‘You need to come to my club in Pensacola, they’re going to sing your stuff word-for-word,’ and we didn’t believe it, because they weren’t even doing it in Dallas yet.”

Soon enough, songs like “Southside Da Realist” and “T.U.C.K.” became favorites in Dallas. Tuck says K104 was one of the first local radio stations to show him and the Dirty South Rydas any love. Still, he was more fulfilled hearing people play it in their cars.

"That's what kind of makes it seem like nothing’s really shaking here in Dallas, because everybody feels like they have to go elsewhere ... I’ve always kept Dallas as my power base.” – Big Tuck

He remembers the first time he heard his music from cars driving past him.

“I heard that before I heard it on the radio,” Tuck says. “I think I was more impressed by hearing people riding by, playing my music in a car, than I was about the radio playing it.”

Tuck was later signed to Universal Records and released his major label debut, Tha Absolute Truth, in October 2006. But even as he blew up, he remained true to his city.

“We’re a production-heavy city,” Crumpton says of Dallas. “We produce a lot of songwriters and all of the people who are so instrumental to the development of a major artist ... [Tuck] never went to L.A. or New York, he stayed in Dallas. When mainstream audiences started to learn of him, he really represented our city’s sound in a very omnipresent and direct way.”

Artists from outside of Dallas often cite Tuck’s “Southside Da Realist” as a favorite. Rappers like Big K.R.I.T and the late Nipsey Hussle had previously brought Tuck on stage at their Dallas tour stops to perform the song.

While such influence often gets erased, Crumpton hopes her essay on Purple Hulk will help immortalize Dallas’ contributions to hip-hop. During her research process while writing her chapter, Crumpton found Dallas hip-hop memorabilia on eBay, including old issues of O-Zone Magazine and the Kappa Beach Party concert series DVDs, the latter of which features artists on the Dallas-based T-Town Music label.

“I think that's what makes Dallas distinctive,” Crumpton says, “that a lot of the archival knowledge about the hip-hop scene is in physical things. The existence of brick-and-mortar stores is pivotal to Dallas hip-hop.”

One of the sources Crumpton found during her research process was Texas journalist Matt Sonzala’s 2006 Ozone Magazine article called “Dallas Got Next.” She later discovered that Sonzala helped Serrano while he was a freelancer and recruited him as the essay’s fact checker.

While Crumpton and Tuck have yet to meet each other in person, she hopes to be able to one day “give him his flowers in person” in a safe, socially distanced setting. Both Tuck and Crumpton are inspired by each other’s work ethic.

“[The essay] feels like an accomplishment,” Tuck says, “and I want to see her flourish as a writer too. ... She went in depth. I was impressed.”

Also inspired by Tuck’s work ethic is Juan “Play” Salinas, one half of the production superduo Play-N-Skillz. Play first met Tuck in 2003 at Bruton Bazaar, where he was selling some of his mixtapes at the T-Town Music record store.

“George Lopez told me about DSR and about this group that he was working with,” Play recalls, “and Big Tuck happened to be at the store.”

Play-N-Skillz are featured on the Purple Hulk track “Pimp Call,” a song Play says came together rather quickly.

“We was all in the studio one day, and Skillz already had the chorus lined up with the beat,” Play says. “Big Tuck came to the studio and he heard it and he was like ‘Man, I gotta get on this.’...Big Tuck is actually pretty fast. He writes his verses really quick and me and Skillz, we don't really write our lyrics down, we just kind of go in the booth and go bar for bar. ... That particular song actually he wrote his lyrics down. But I've seen him go on the booth and actually do freestyles as well.”

Tuck currently resides in Preston Hollow and has no plans to leave Dallas anytime soon. He hopes that other artists choose to stay in Dallas and thrive off the city’s energy.

Crumpton, who recently moved back to Dallas after a brief stint in Oakland, also hopes her essay captures Dallas’ often-ignored impact on American music.

“I'm a history person,” Crumpton says. “I love contextualizing stuff. So I hope [the readers] get an idea of how influential Tuck is, to this day, especially in the height of Southern hip-hop crossing over into the mainstream, and give Dallas its flowers, because we're overdue.”
KEEP THE DALLAS OBSERVER FREE... Since we started the Dallas Observer, it has been defined as the free, independent voice of Dallas, and we'd like to keep it that way. With local media under siege, it's more important than ever for us to rally support behind funding our local journalism. You can help by participating in our "I Support" program, allowing us to keep offering readers access to our incisive coverage of local news, food and culture with no paywalls.
Make a one-time donation today for as little as $1.