Tanner Horner, Who Confessed to Killing Athena Strand, Was a Singer in Commit & Conquer 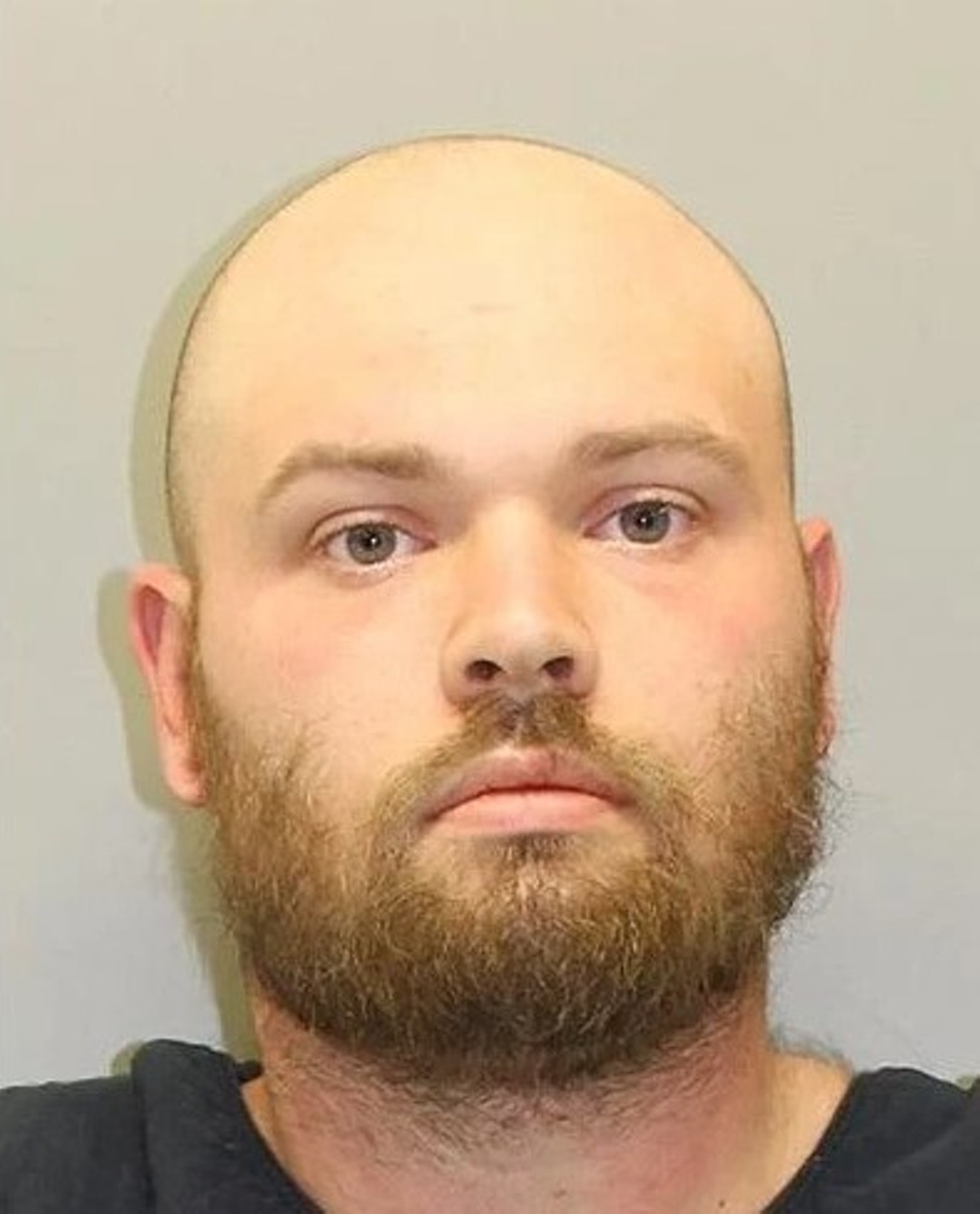 Tanner Horner, who confessed to the killing of 7-year-old Athena Strand, played in a few local metal bands. Wise County Sheriff's Office
A Lake Worth FedEx driver and former vocalist for a Dallas/Fort Worth heavy metal group confessed on Friday to kidnapping and killing a 7-year-old girl from Cottondale, authorities in Wise County said.

Tanner Lynn Horner, 31, is being held in the Wise County jail in Decatur on two felony charges of aggravated kidnapping and capital murder of a person under 10 years old in connection with the abduction and death of Athena Strand. He is being held on a $1.5 million bond, according to Wise County records.

Horner is awaiting indictment and a trial date. If convicted of the capital murder charge, Wise County prosecutors could seek the death penalty.

Wise County Sheriff Lane Akin announced last Friday that Horner confessed to abducting and killing Athena, who had been missing for two days. Horner's confession led investigators to the location of the girl's body near a country road southeast of Boyd, just 6 miles from her home. The Dallas County Medical Examiner's Office is still working to determine the cause of death.

Horner, who describes himself on Instagram as a vocalist for the heavy metal group Commit & Conquer, worked for FedEx as a contract delivery driver. Sheriff's officials determined that Athena Strand was abducted around the same time that Horner made a delivery to the young girl's home.

Athena was last seen exiting a school bus Wednesday afternoon outside the family's home. Two hours later, her stepmother contacted the authorities and reported her missing. Law enforcement groups from Wise and other neighboring counties as well as the FBI, Texas Rangers and Texas Department of Public Safety began fielding tips and conducting searches.

The Wise County Sheriff's Office has not released or confirmed a motive. Horner does not appear to be related to Strand or her family.

Horner's musical group Commit & Conquer performed around North Texas in 2018 and 2019 at places like Reno's Chop Shop and The Prophet Bar in Dallas, J&J's Pizza in Denton and The Peppermint Lounge in Fort Worth. The group's last known performance took place on June 14, 2019, at Tomcats West in Fort Worth.
click to enlarge 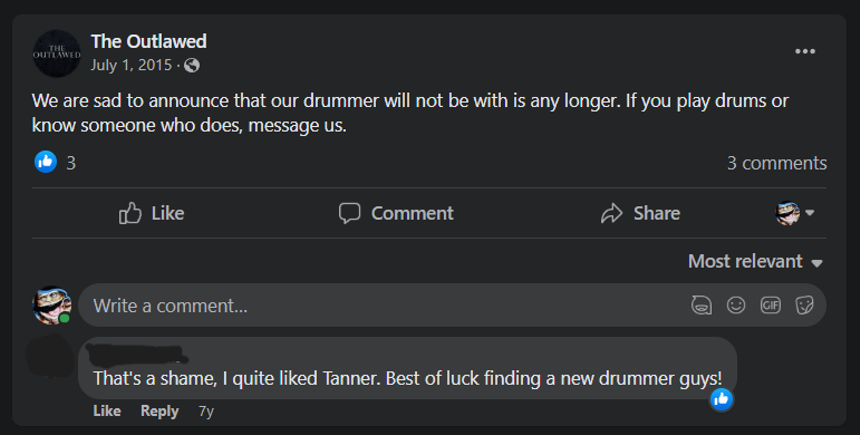 A post from the heavy metal group The Outlawed announced in 2015 that Tanner Horner, a FedEx driver accused of kidnapping and killing a 7-year-old girl in Wise County, had left the group as its drummer.
Screenshot from Facebook
Jennifer Mitchell, the widow of Tomcats West owner Rustin Luther, told the Observer Horner also performed in screaming heavy metal and pop punk groups Scared Sound and The Outlawed as far back as 2015. On Facebook, Mitchell wrote, "Makes me absolutely disgusted that the guy that killed Athena Strand was in a local band I used to love."

Horner left The Outlawed as its drummer in 2015 when the group posted a Facebook notice looking for a replacement. Attempts to reach a member of the group were blocked on Facebook.

"I think they fizzled out pretty quickly and were only around for a short time," Mitchell says. "I don’t think they even made much of a name for themselves either."

Horner's Instagram page includes several photos of him singing or posing for photos with his former bandmates, which now include angry comments from the public. One post written by Horner from 2018 reads, "i don't understand how ppl are ok with themselves knowing they emotionally destroyed someone."

On Monday, students in North Texas schools wore pink to honor Athena, and neighbors took pink ribbons to her school, Paradise Elementary. On Monday night, Wise County Judge J.D. Clark led a vigil outside the county courthouse, where he said, "I didn't know Athena, but I loved her."
KEEP THE DALLAS OBSERVER FREE... Since we started the Dallas Observer, it has been defined as the free, independent voice of Dallas, and we'd like to keep it that way. With local media under siege, it's more important than ever for us to rally support behind funding our local journalism. You can help by participating in our "I Support" program, allowing us to keep offering readers access to our incisive coverage of local news, food and culture with no paywalls.
Make a one-time donation today for as little as $1.