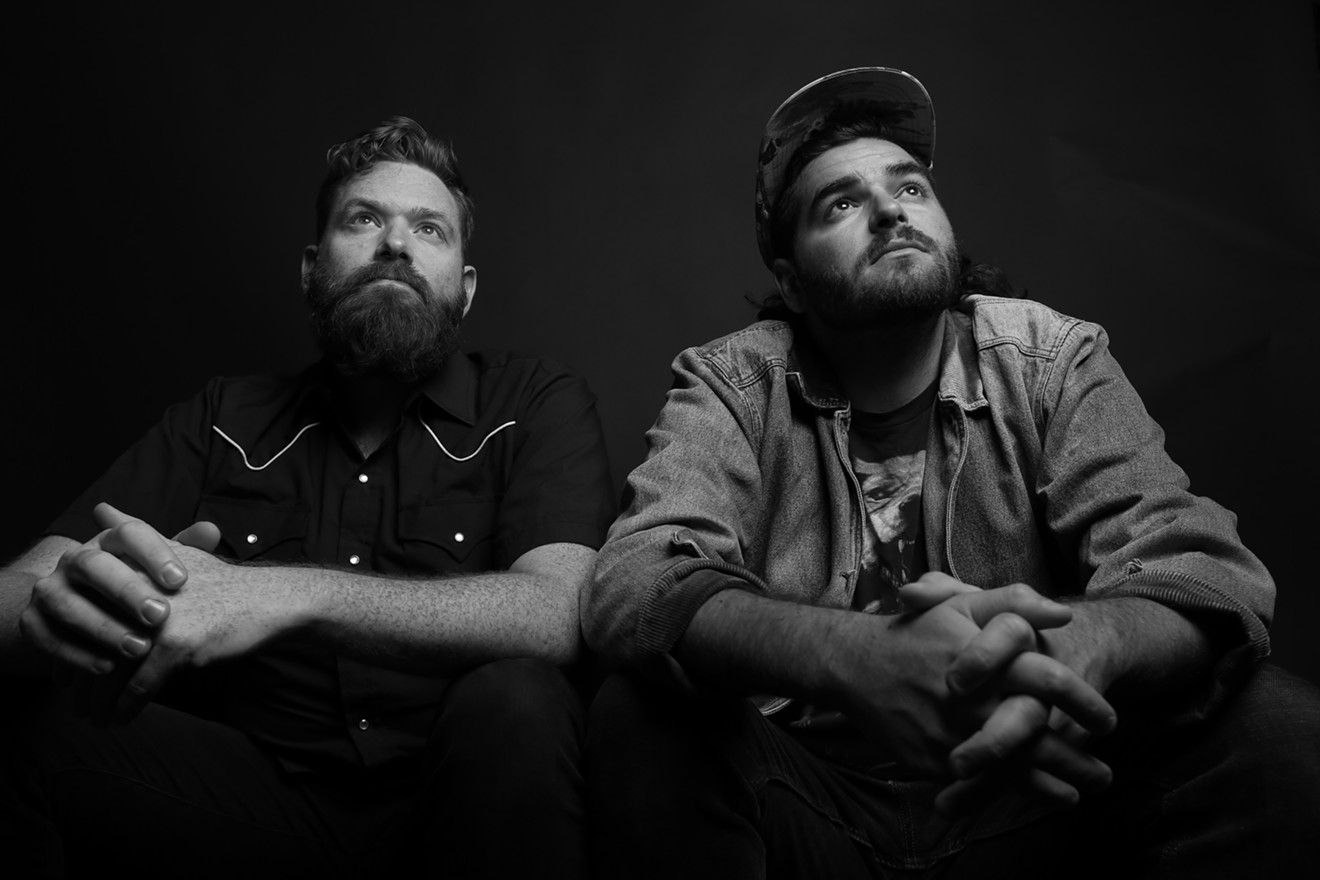 
Chatting to the Allen brothers can feel a bit like a history lesson. Replace lectures on Watergate and World War II with anecdotes about The Door and Forever the Sickest Kids, and you have a sense of what it's like to talk shop with this pair of DFW music veterans.

Nate and Tim Allen (yes, he’s heard your Home Improvement joke) had spent about a decade or so playing in separate Dallas rock bands, and in 2018, they decided it was time to do something together. The recently launched Brother Band is the apex of their creative careers thus far and an exciting new chapter for two siblings who long vied to best the other.

“About the same time I found out I was going to be a dad, our dad told me, ‘You know, if you ever want to do something with Tim, you should do it now, because life is only going to get more complicated,’” Nate recalls. “So we started a band.”

Music has been a constant for the Dallas-based Allen family, dating to Nate’s brief tenure as a high school French horn player.

“They told me I had to march every day after school, and on Friday nights,” he recalls. “And that sounded like more work than school. So I quit, but when my dad saw I was playing way too many video games, he said, ‘Let’s go get you a guitar.’”

Meanwhile, Tim took a shine to both the drums and the guitar.

“Our other brother was big into drums, so I said, ‘I guess I’ll do both!’” Tim says.

Nate, who is five years older than Tim, was immediately annoyed.

“For the longest time, we’ve been kind of competitive. It’s been me vs. Nate.” — Tim Allen

Nate toiled in a couple of high school bands before moving on to the University of North Texas, landing with the post-rock band Seryn. Nate talks about playing Denton with zeal and rapture, recalling a “golden age” that propelled his musical maturation and introduced him to artists like Sarah Jaffe and Doug Burr. The seven years with Seryn took him to SXSW and to gigs across the country. During that time, Tim was honing his craft about 500 miles north. After attending college in Kansas, Tim fell in with Norway Agenda, a local band comprising music veterans. The band gave the budding musician a crash course in life on the road and in the studio.

“I got to see what real people do, not just what 18-year-olds do in music,” he says. “These guys had been playing shows and making records for 15 years, and before that, I had only played talent shows and made records in my buddy’s house.”

After his stint in Norway Agenda, Tim returned to the Dallas area. He moved into Nate’s Denton house and occasionally jammed with people from Seryn. But for the most part, the brothers maintained separate creative lives. Looking back, the Allen brothers are grateful for the time they spent pursuing different projects.

“It took time for us to develop ourselves,” Tim says. “If we had tried to start Brother Band back then, it wouldn’t have worked.”

It’s not that the Allen brothers ever disliked one another — far from it. Their friendship is characterized by a mutual drive to be the best musician they can be, and at times, that has heightened their classic sibling rivalry.

“For the longest time, we’ve been kind of competitive,” Tim admits. “It’s been me vs. Nate.”

As they matured, the rivalry crumbled. Nate is now 34; Tim is 29. They have different priorities, different concerns. With any semblance of rivalry in the rearview, the brothers started pondering a new project.

“We’ve always been the side guys,” Tim tells me. “We thought it was time to be the main guys.”

The brothers launched Brother Band, a folk-rock duo that draws on their collective experiences. In Nate’s words, his rock background is “something a little more mainstream,” whereas Tim’s is “country-ish.” Nevertheless, years of jam sessions made their sounds compatible. Recording that sound was the real challenge.

Nate moved to Nashville in 2014, and Tim still lives in Dallas. The separation forced the brothers to write and record whenever they got the chance to get together, which wasn’t often enough. At times, they relied on Tim’s tour schedule with Shane Smith & the Saints, which occasionally brought the younger Allen brother to Nashville.

“The record was done under intense pressure,” Nate says. “Tim would fly up here or get off the bus with Shane Smith, and we would get together for 24 hours, write three songs, then say ‘I’ll see you in three months.’”

They also had to balance Nate’s schedule as a father. The older Allen brother has a son who is now 2.

Despite these obstacles, the brothers wrapped the record in spring 2019, and Brother Band’s first full-length release, Volume 1, is due out March 27. Be it from life as a father, or simply from growing up, the album has a softer, sweeter sound than anything either brother has previously produced. There’s a song about love, another about outer space. Fans of their previous projects will find plenty to love, but by the brothers’ admission, the record is a happy one.

“We like acoustic guitar,” Nate says. “We like melodies. It’s not going to piss anyone off. If you come to our show, the maddest you’ll get is when you’re looking at the T-shirt prices.”

As he looks back on the oft-strenuous road to Volume 1, Tim reflects how he and his older brother have both grown as people and artists.

“We’ll have a cool moment when a song or something else comes to fruition,” he says, “and Nate will turn to me ...”