The Scoop on Luminelle Recordings, the New Label From Gorilla vs. Bear's Chris Cantalini 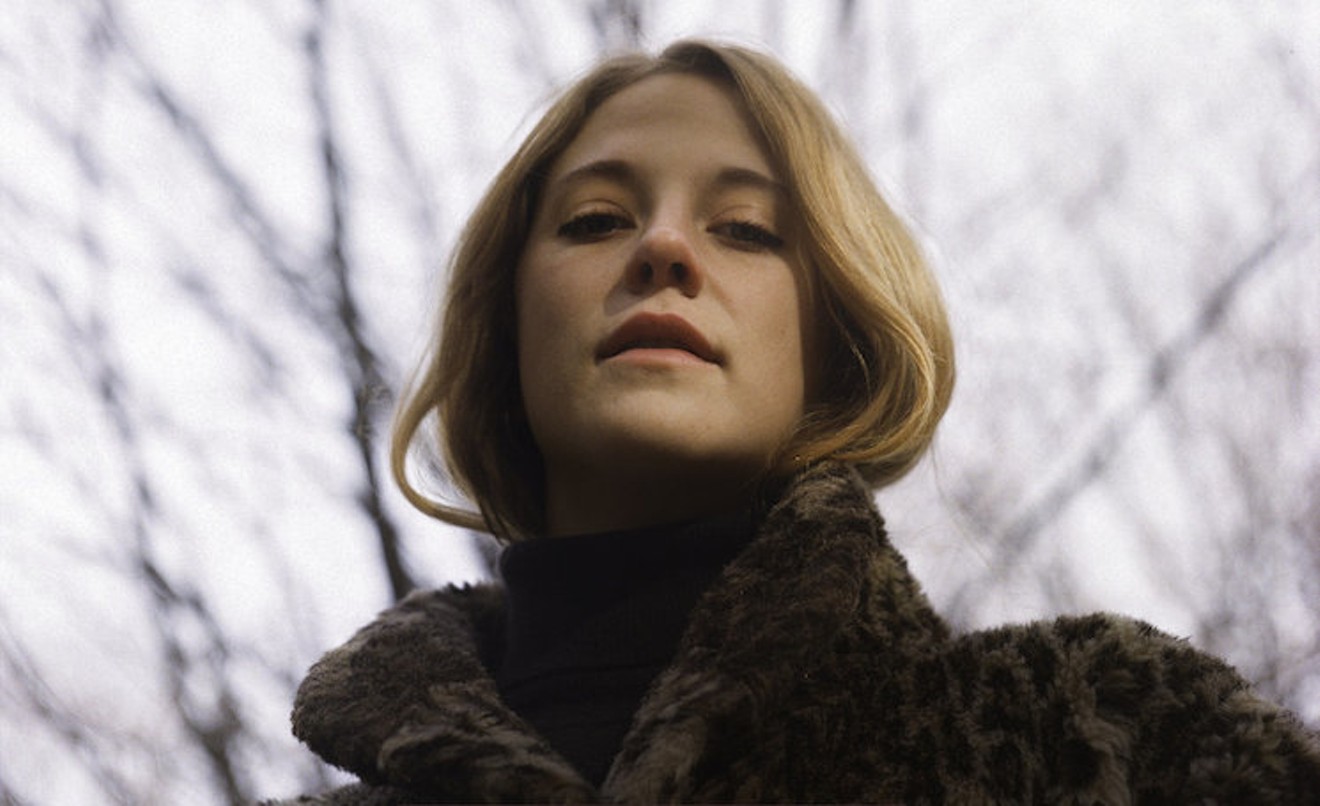 Helena Deland is the first artist signed to Luminelle Recordings. courtesy the artist
In the blogiverse, Gorilla vs. Bear is one of the best-known resources for music aficionados. It’s been around since 2005 and was touted by Rolling Stone in 2008 as one of the best music blogs on the web.

Here are just a few more of the superlatives on Gorilla vs. Bear’s website:

Gorilla vs. Bear has also gotten nods for its Polaroid portraits of its favorite artists curated by partner David Bartholow. The Village Voice proclaimed, “Gorilla vs. Bear may have the Polaroid mugshot game on Kryptonite lock."

The blog, which is the creation of local music lover Chris Cantalini, is based in Dallas. And in the almost 14 years since he founded it, the brand has expanded to include music festivals, a show on Sirius XM satellite radio and now a record label.

Cantalini recently launched Luminelle Recordings in partnership with Fat Possum Records’ distribution company, House Arrest Distribution. He was driving back from Michigan over the holiday weekend when we caught up with him by phone to talk about the new label.

How did this partnership come about?
I’ve known Peter Wiley, who works for Fat Possum and runs their label/distribution group called House Arrest — it’s this group of labels that shares an infrastructure with Fat Possum, which has obviously been a label for a long time. House Arrest does a few smaller, independent labels.

They have amazing manufacturing, distribution, press — they have all of that in one place. I’ve known [Peter] for years through the blog. He hit me up one day and said, "What you’re doing with Gorilla vs. Bear is basically like A&R anyway. Have you ever thought of running your own label?"

I said, yeah I’d thought of it, but the business side of running a label doesn’t really interest me that much. I’m more interested in music discovery and working with artists. So he offered to provide support and access to all of their infrastructure. Their team is amazing, and they have so much experience. I jumped at the chance to work with them.

So they essentially gave you an opportunity to do your favorite part of the business, and not the parts you don’t like?
Yeah, so I’ll be involved in that side of the business as much as I’m comfortable with. I’m not opposed to doing the business side, I just don’t have experience in that. So I’ll be leaning on them in the beginning, especially with the first few releases.

Have you done anything like this record label before? I seem to remember reading somewhere that you started a vinyl label back in the mid-2000s.
I was part of a vinyl-only label with a couple of friends called Forest Family. We did 7-inch releases from a few bands (Cults, Tennis, Dent May) that we manufactured locally. It kind of fizzled out after the other guys moved away from Dallas.

How did you decide on your first signee, Helena Deland?
I found her a couple years ago; she self-released an EP on Bandcamp. I also follow her on SoundCloud, and she had accidentally uploaded a few tracks from her next release — which is what we’ll be putting out. I assumed she was releasing them, so I posted them on my site. Her manager immediately hit me up and asked if I could remove them.

That was the week I decided to start a label, so I asked if they had plans for a label release; I loved all the tracks she had posted. They went back and forth. She was excited about the idea. We talked it over for about a month. We offered to do a physical release in a 12-inch [vinyl], and she was really excited about that. I’ve always been a big fan of her music, she’s an amazing songwriter — unique and super versatile. They’re all classic feeling but all different, in a way. For a young artist, she’s really impressed me.

What a happy accident for her: She inadvertently uploads songs and ends up getting a record deal out of it. You can’t really beat that.
It took a lot of trust on her part and her management’s part to be our first thing. But they’ve known about my site for a long time, and I play her stuff on the radio a lot. So they were already aware of us. Hopefully, that will be the case with a lot of artists.

How do you find artists? Do you peruse SoundCloud and Bandcamp all day long? Or do people submit things to you?
I used to just be refreshing Myspace all the time and following people’s top 8s. You’d find people really easily back then. Now it’s just like you said, a blend of SoundCloud and Bandcamp. I’m always refreshing my Soundcloud and YouTube feed. And friends tell me about stuff, and going to shows. Pretty much any way you can think of. Bandcamp and SoundCloud are probably my favorites right now.

How do you decide who you’ll sign next? And how many artists are you planning to sign per year?
That’s a good question. We don’t have any goals in terms of frequency of releases. They’ve given me the luxury of waiting until something feels right. I’m talking to a couple of other artists who I’m really into. It takes a lot for a record deal to work out. You have to be in line with having similar goals, and timing is a big part of it. There’s a lot of factors. We’re going to take it slowly and release things as we fall in love with them. There’s no pressure to get a certain number of releases out per year.

Do you have to release a certain amount per year to stay profitable?
That’s a good question, too. I’m not exactly sure. I think this is sort of a unique case. Theoretically, we could release nothing and still be fine. We wouldn’t lose money because they already had the infrastructure in place. If you started a label from scratch, I feel like there’d be more pressure to release more. I feel super lucky that I can pick and choose.

Do you have any Dallas artists on your radar for signing?
Not really yet. It happened so fast, I haven’t had time to figure out who’s looking for a deal or who has music coming. A lot of the Dallas stuff I like is the big stuff I supported in the beginning before they had labels, like Annie Clark [St. Vincent]. I was a huge fan of hers before she had a label and was on the radar of anyone back in 2006. I was thinking I should start a label and put out her stuff. To answer your question, not right now, but that could change tomorrow. I’m trying to not limit myself to specific scenes and genres.

Are there any Dallas-area artists that you’re into?
I’m super into what Niles City Sound is doing, the guys who recorded Leon Bridges. It’s Austin Jenkins and Josh Block; they used to be in the band White Denim. They’re producing for other artists, and what they’re doing is really cool. The new Leon Bridges [release] is going to blow people’s minds. He’s probably my favorite local artist. I’m really into the scene that they’re creating out there, and they’ve worked with a bunch of national and international artists in that studio.

Will you take submissions from people who want you to represent them?
Yeah, I’m taking the same approach as with the website. I’ve taken submissions for years, and I’ve definitely found stuff that way.

What do artists get in exchange for signing up with you?
We’re going to take it on an artist-by-artist basis, but we want to be as artist-friendly as possible. My interests are putting out a really physically beautiful product like vinyl and tape. A lot of artists are attracted to that part of it. Each deal will be tailored to what each artist is looking for.

Some artists want to concentrate on their streaming numbers, like on Spotify, or licensing and syncs with TV and film. Or an advance to help out with touring. Some artists want to tour all the time, and other artists want to stay in the studio and keep making music. We can support the artist however they want their career to go.

With Helena, we’re going to put out vinyl and cassettes, and her team is doing all the artwork. It will be exactly how she wants it to be.