Dashboard Confessional’s Chris Carrabba Has Moved On from His Pompadour, but Not from His Songs 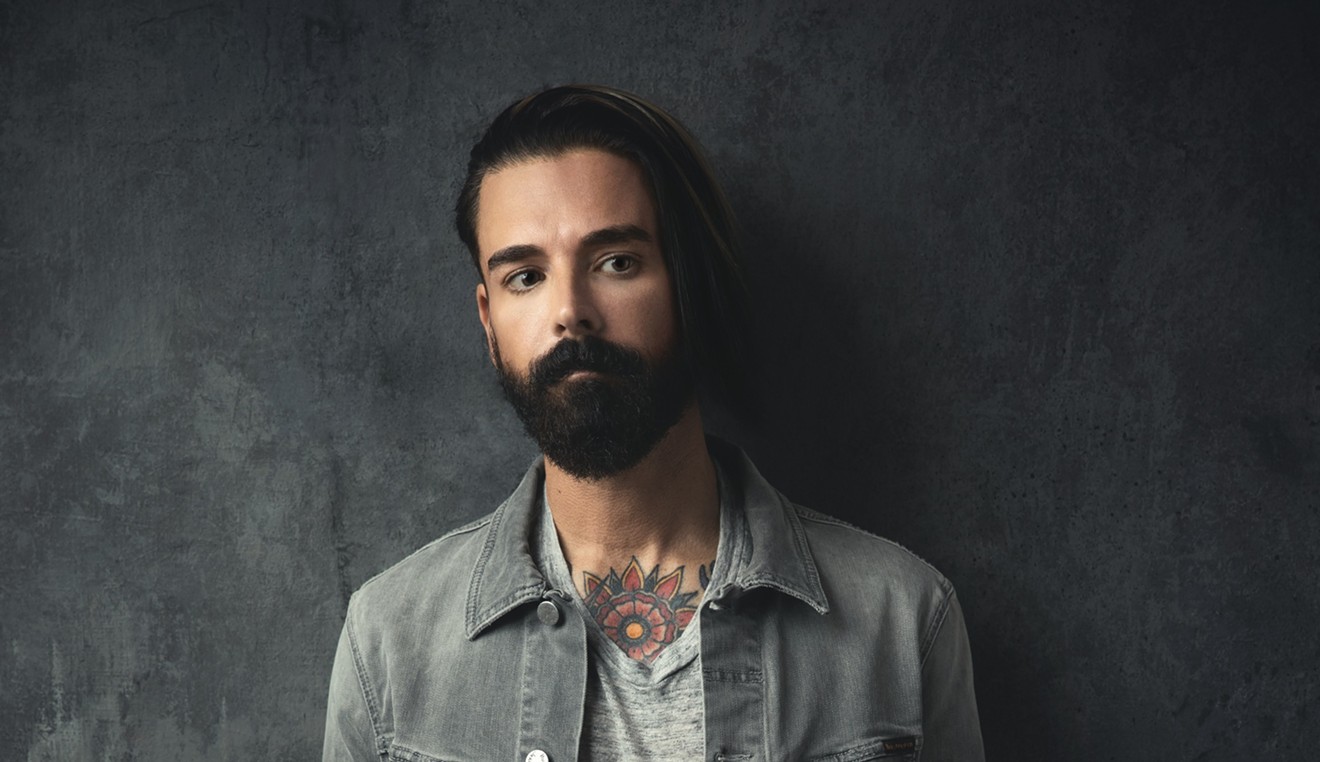 
Chris Carrabba may have a new look, but the song remains the same. When we last saw the Dashboard Confessional singer, he was still sporting a clean-shaven face and his signature pompadour. Now, with a beard and long hair parted to the side, he is ready to bring new life to the songs that we have come to love the most.

"I remember that the first time I put my hair in a pompadour, I caught myself in the mirror and thought to myself, 'Man, I've never been that guy in the mirror,'" he says. "There was something liberating in that. I'm really not that cool, but that guy is a bit cooler than I am. Maybe I should have a little confidence like that guy has, then maybe I can do something."

At 44 years of age, Carrabba is celebrating 20 years of his signature band Dashboard Confessional with the release of a career-spanning collection,The Best Ones of the Best Ones, on Jan. 31, and a tour that kicks off in Dallas at the House of Blues on Feb. 4.

Carrabba is spending time with the family and friends that he won't see for the next couple of months.

"Johnny will be there," Carrabba says of former bandmate John Lefler, who played with Dashboard from the time of their "MTV Unplugged" recording in 2002, until their hiatus in 2009. "So we're going to be pulling from those early records for sure."


"We were accessible, and we were willing to be honest.There's not a whole lot of bravado in these songs, and I guess people kind of needed that." — Chris Carrabba

Carrabba says that fans can look forward to hearing songs that he has avoided playing live for a long time, songs like "This Bitter Pill" and "The Brilliant Dance" from 2001's The Places You Have Come To Fear The Most.

"Well, it gets performed now," Carrabba says with a laugh, describing how time has changed the way he feels about "The Brilliant Dance." "For a while, it brought me to this place where, whether they come from a heartfelt place of positivity or from a heartbroken place, they can be equally cathartic. When I performed those songs before, I was brought fully back to pain that inspired the song without the release of that pain that I now get from performing those songs."

In the days when everyone can assemble their own "Best of" on the streaming service of their choice, Carrabba explains that the decision to put out The Best Ones of the Best Ones is a chance for fans to experience this collection in the analog tradition.

"In looking at the records, living in a vinyl era, I found myself picking songs that would be great on vinyl," he says. "Then I wondered what the audience thought would be great to have. In starting those discussions in our social media, we started cataloging the songs that they wanted the most."

Carrabba is as surprised as anyone at how the songs have held up through the years.

"They grew up as I've grown and stayed meaningful to me," he says. "They're not the same. They evolve sonically as well as emotionally. I've been continually surprised that they've held up because of the duality of meaning to me over the course of the years."

Carrabba is equally surprised at how Dashboard Confessional took off in the first place, when "Screaming Infidelities" hit the airwaves in 2002.

"The landscape of popular music at the time was so different," he remembers. "It came to be that emo would swell and buckle under its own weight, but when it came out in my generation of bands, it was a niche answer to what was popular at the time.

"We were accessible, and we were willing to be honest. There's not a whole lot of bravado in these songs, and I guess people kind of needed that."

When asked if he ever thought that Dashboard would ever be as big as they became, Carrabba responds with a confident "Yes" followed by some lighthearted laughter.

"If those things weren't true, I'd still be passionate about music, I'd just be doing it after work."
KEEP THE DALLAS OBSERVER FREE... Since we started the Dallas Observer, it has been defined as the free, independent voice of Dallas, and we'd like to keep it that way. With local media under siege, it's more important than ever for us to rally support behind funding our local journalism. You can help by participating in our "I Support" program, allowing us to keep offering readers access to our incisive coverage of local news, food and culture with no paywalls.
Make a one-time donation today for as little as $1.