Where Have All the Protest Songs Gone? We Found 4 Fairly Recent Ones From Dallas Musicians. 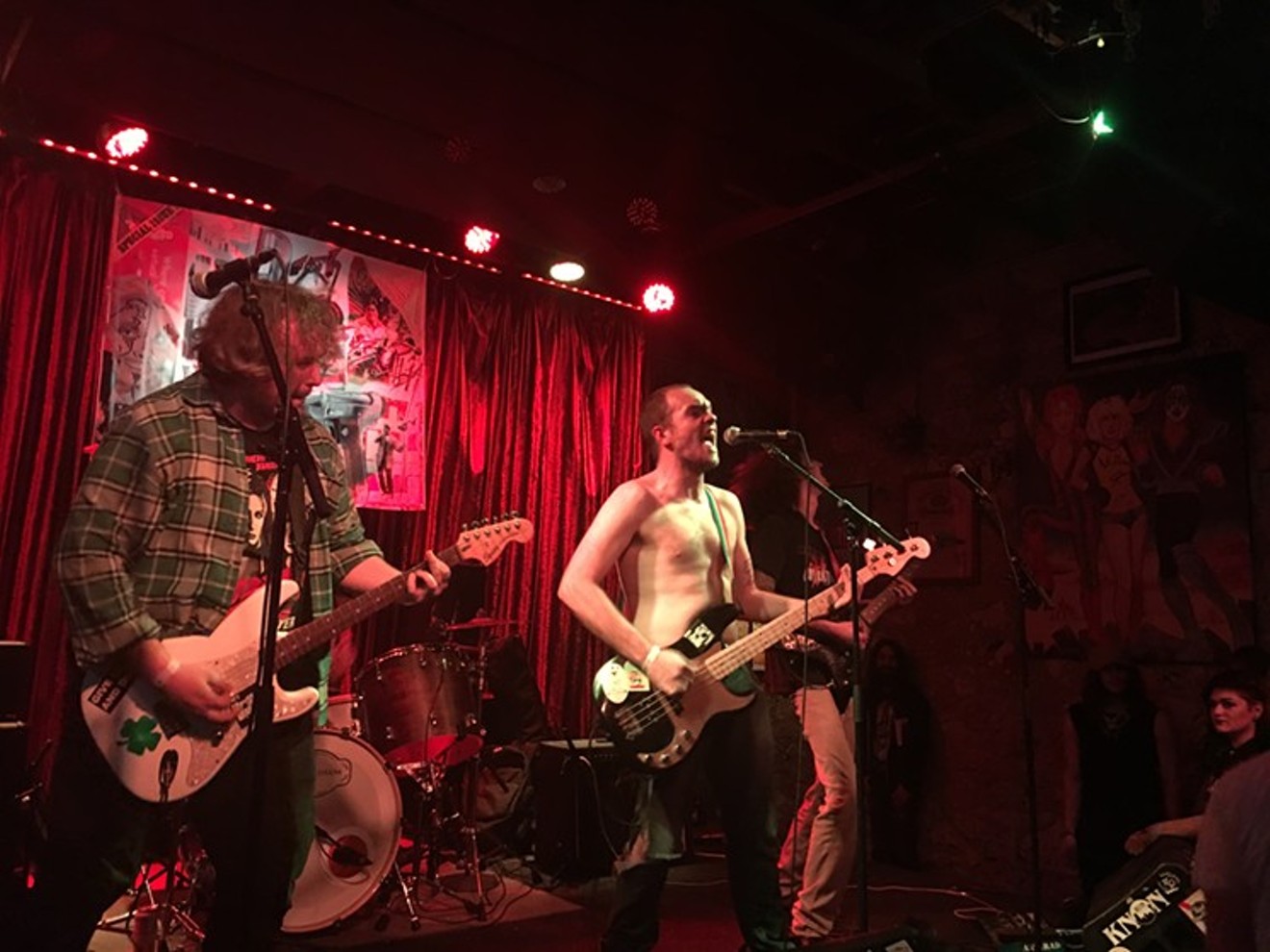 The Ellen Degenerates say fuck that shit. David Fletcher
America has been at war for nearly 20 years. From guns to sexual harassment to immigration, we're divided, angry and active. Donald Trump is in the White House.

Now seems like a grand time for a songwriter to pick up a pen and let fly with some sharp protest songs. Can you think of any? Bueller? Bueller?

The Observer dug around a little and hit up our pool of music writers for the best political protest songs written recently in these parts. Together, they managed to find four — four! — that flip the bird to authority, and some date to 2014.  Are protest songs dead? Not exactly, but they're looking a little peaked. Here are the four we found. Got any more, readers?

“Ruination” by Power Trip
Although crossover thrash band Power Trip may not consider itself a political band, members have been known to voice their sharp opinions offstage. The band has publicly denounced right-wing groups like white nationalists, Fox News and extremist conservatives with racist, sexist, or homophobic agendas — emphasizing that the band does not tolerate their views or want their support. Its 2017 sophomore album, Nightmare Logic, reflects on Power Trip’s political stance through vocalist Riley Gale’s ambiguous yet indicative lyrics. “Ruination,” which uses the title as a portmanteau of ruin and nation, paints a vision of disillusionment in the U.S. where chaos has overtaken the country and its people have surrendered to it. Gale sees “a nation of abominations” degrade the world while the voiceless witness a falling empire. The song speaks of those unable to make an impact through protests, those who “have no mouths” and “must scream,” which serves as a protest against the inequality between government and the public. Bryan Yalta


“Self-Ownership” by BackWordz
Since its inception in 2014, street hop band BackWordz has been promulgating the libertarian views brought about by vocalist Eric July. The political essence is felt strongly in July’s often-blunt delivery, which is perhaps expressed most vehemently in “Self Ownership,” a track off the band's 2017 album, Velocity. Its lyrics illustrate a broken government system repeating itself, and the solution is the emancipation of people chained by politicians and authority. The song touches on the eponymous concept supported in anarcho-capitalism, the ideology behind the band. In the track, July censures the U.S. political climate by making reference to the 2016 election, its leftist candidates and supporters, and the Black Lives Matter movement with the aim of freeing “dumb, foolish slaves with Stockholm syndrome.” It serves as a call for awareness of how much power the people give to the government — and how much power the people lose as a result. Using the combination of rap and rock as a vehicle for protest, BackWordz has made it clear that its trust for the government is feeble. Bryan Yalta

“American’t” by The Ellen Degenerates
The Ellen Degenerates might be the loudest, most in-your-face punk band coming out of Fort Worth right now. Known for their heavy rhythms and fast-paced riffs that fluctuate among grunge, grime and hardcore, T.E.D.’s songs range from utter nihilism to pure driving social anger. Many songs from their 2017 release, Mouth Breather, could go on this list, but the album’s penultimate song, “American’t,” stands out for its slow-building, brooding intro that rises like a roller coaster and drops the listener into a world of pure punk protest and periphrastic paranoia. Turning the patriotic refrain “home of the brave” on its head, T.E.D. counters, saying, “Home of the brave? Fuck that shit. No one is here. We’re all afraid.” The song breaks with a screamed address to the audience — "You’re free to do what you’re told” — and closes with an annoyed acceptance that America “is a failed experiment” with its “fucking celebrity for president.” David Fletcher


"Fight The System" by Chilldren of Indigo
Joseph Cunningham, vocalist for Chilldren of Indigo, says the group wrote "Fight The System" in 2014 after some bombings in the world. "It's about unjust wars and fighting without grief and cause," he says. The song came together in one day and was on the band's first album, Death of the Ego. This is a common theme for the band, but this is its only protest song. Paige Skinner
KEEP THE DALLAS OBSERVER FREE... Since we started the Dallas Observer, it has been defined as the free, independent voice of Dallas, and we'd like to keep it that way. With local media under siege, it's more important than ever for us to rally support behind funding our local journalism. You can help by participating in our "I Support" program, allowing us to keep offering readers access to our incisive coverage of local news, food and culture with no paywalls.
Make a one-time donation today for as little as $1.